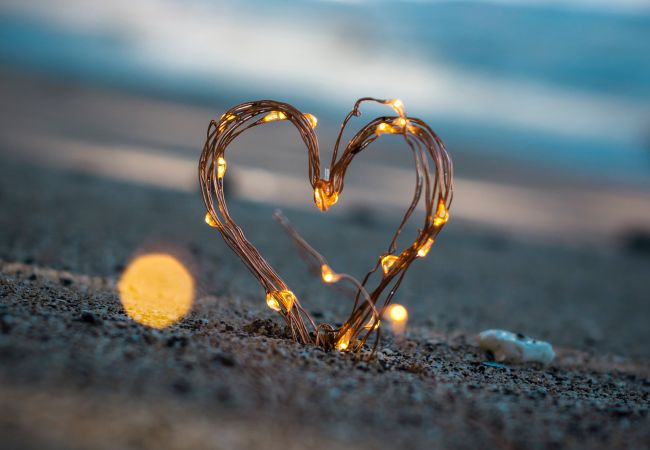 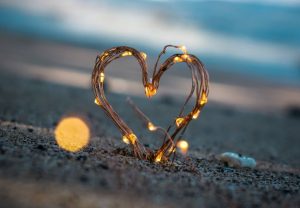 As the “Three Weeks” progress from the Seventeenth of Tammuz to the Ninth of Av, the degree of mourning that we observe increases. One of the levels of mourning discussed in Halachah is reserved for “Shavua She’chal Bo” / the week in which Tisha B’Av falls.

What is the basis for this disagreement among the Rishonim? R’ Soloveitchik suggests that the Rishonim are arguing whether, when Tisha B’Av falls on Shabbat, the actual fast day is delayed until Sunday, or whether there is no Tisha B’Av in that year and Sunday is merely a remembrance of Tisha B’Av. This seemingly academic distinction has practical implications, which are reflected in another Halachic disagreement. Public signs of mourning–for example, walking in the street barefoot or in sneakers and sitting on the floor in Shul–are never observed on Shabbat. But, Rishonim disagree whether a person should restrict his private activities on Shabbat which is Tisha B’Av. This can be explained in light of the above distinction. If Tisha B’Av is moved to Sunday, then there would be no mourning, public or private, on Shabbat. But, if Sunday is not Tisha B’Av, but only a remembrance, than some of the Tisha B’Av restrictions might still apply on Shabbat. (Shiurei Ha’Rav: Inyanei Aveilut V’Tisha B’Av p.13)

“These are the words that Moshe spoke to all of Yisrael, on the other side of the Jordan, concerning the Wilderness, concerning the Aravah, opposite the Sea of Reeds, between Paran and Tophel, and Lavan, and Chatzerot, and Di Zahav.” (1:1)

Rashi z”l writes: Out of regard for Yisrael, Moshe did not rebuke them expressly; instead, he suppressed the details of their sins and only alluded to them through these place names. (For example, “Di Zahav,” which means, “Enough gold,” alludes to the Golden Calf, which they made because they had an abundance of gold.)

R’ Shimshon Chaim Nachmani z”l (Italy; 1706-1779) asks: What did Moshe accomplish by only alluding to Bnei Yisrael’s sins when, later in the Book of Devarim, he discusses them quite explicitly?

He explains: The Midrash Rabbah teaches that it would have been fitting for the warnings and curses set out in the Torah to have been uttered by Bil’am, and the blessings, by Moshe Rabbeinu. Why then did the opposite occur? Because, if Bil’am had foretold that Bnei Yisrael would be punished when they sin, Bnei Yisrael would have said, “That is not to be taken seriously! We know he hates us!” And, if Moshe had uttered the blessings, the nations of the world would say, “Of course he blessed you! He loves you!”

R’ Nachmani concludes: In light of this Midrash, we can understand why Moshe first cloaked his rebuke in hints. He wanted to demonstrate his love for Bnei Yisrael, so he alluded to their sins in a way that would not embarrass them. Then, after he had thus demonstrated his love for them, he was able to rebuke them in greater detail. (Zera Shimshon)

The Gemara (Yoma 35b) teaches: Hillel brings guilt upon poor people, while Yosef brings guilt upon people with strong physical drives. How so? If someone says, “I was too poor to study Torah,” Hashem will answer him, “Are you poorer than Hillel was?” If someone says, “I was so handsome and so busy battling my Yetzer Ha’ra, I could not overcome it,” Hashem will respond, “More so than Yosef, who nevertheless did not succumb to Potiphar’s wife?”

Similarly, Bnei Yisrael might have made excuses for some of their sins, for example: “We were hungry!” “We were thirsty!” “We were seduced by the daughters of Moav!” Therefore, Moshe interspersed in the list sins for which there could not be any excuse–for example, “opposite the Sea of Reeds,” where they questioned whether they were really safe from the Egyptians (see Arachin 15a). (Divrei David)

“They turned and ascended the mountain and came until the Valley of Eshkol, and spied it out. They took in their hands from the fruit of the Land and brought it down to us . . .” (1:24-25)

Why did the Spies bring samples of the fruits of Eretz Yisrael specifically from a valley?

R’ Pinchas Halevi Ish Horowitz z”l (1731-1805; rabbi of Frankfurt, Germany, Talmud commentator, and early adherent of the chassidic movement) suggests: Our Sages teach that there was no mountain or hill in Eretz Canaan on which there was not an idol. Therefore, the Spies were concerned that fruit growing on a mountaintop might be an Asheirah / a plant that had been worshiped. Accordingly, they took fruits from a valley. (Panim Yafot: Shelach)

“Hashem, our Elokim, gave into our hand also Og, king of the Bashan, and his entire people, and we smote him until no survivor was left of him.” (3:3)

“I commanded Yehoshua at that time, saying, ‘Your eyes have seen everything that Hashem, your Elokim, has done to these two kings; so will Hashem do to all the kings where you cross over’.” (3:21)

R’ Avraham Yitzchak Haoken Kook z”l (1865-1935; Ashkenazic Chief Rabbi of Eretz Yisrael) writes: There are three types of Gevurah — loosely translated, a combination of “strength” and “bravery” — that a person might encounter in an opponent in battle. First, there is Gevurah that comes from having no fears or inhibitions. The Gemara (Bava Batra 78b) teaches that Sichon had this type of Gevurah, as alluded to by his name, which comes from the word “siyach”/ “colt.”

Second, there is Gevurah that comes from having immense physical strength. Og, a giant, possessed this type of Gevurah.

Third, there is Gevurah that comes from the knowledge that one is backed by allies. This was the Gevurah that Yehoshua would face when he fought the Canaanite nations.

None of these types of Gevurah could stand up to Hashem’s wonders, however. This, notes R’ Kook, is a lesson that should be remembered. (Olat Reiyah II p.83)

The Mishnah (Middot 2:2) states: “The area of Har Ha’bayit / the Temple Mount is 500 Amot by 500 Amot.” Har Ha’bayit had a wall, and in it were five gates: two on the south and one on each of the other sides. Each gate was 20 Amot tall and 10 Amot wide. Authorities differ whether the thickness of the wall was counted in the 500 Amot.

Today, the Temple Mount enclosure is not a square, but a quadrilateral. The northern wall is longer than the southern wall, and the western wall is longer than the eastern wall. Thus, its sides are not parallel to each other. While Halachic authorities disagree as to the length of an Amah in today’s measurements, all agree that the length of the present-day Temple Mount enclosure is more than 500 Amot. The width of the enclosure at the Dome of the Rock is 298 meters, which is approximately 500 Amot according to one opinion.

The common explanation for the difference between the area of Har Ha’Bayit as described in the Mishnah and that of the current Temple Mount enclosure is that the 500×500 area referred to in the Mishnah is the area that was sanctified when the First Bet Hamikdash was built. The dimensions we see today result from an expansion of the Temple Mount in the Second Temple era. Some attribute this to Shimon Ha’Chashmona’i, whose fortification of the Temple Mount is described in the Book of Maccabees. The place where the original wall meets the extension can be seen along the eastern wall, near the southern end. On the western side, the dividing line was obscured during King Herod’s renovations.

In the time of the Chashmona’im, the northern wall of the Temple Mount was also the northern wall of the city. Outside the northern wall, a deep moat was dug to provide added protection. In order to conquer Yerushalayim in 63 B.C.E. [approximately 135 years before the Second Temple was destroyed by Titus], the Roman General Pompey filled-in that moat. Pompey also destroyed the bridge that connected the western gate of the Temple Mount with the Upper City [today’s Old City]. (Encyclopedia Talmudit: Otzar Yerushalayim Ve’hamikdash p.293)