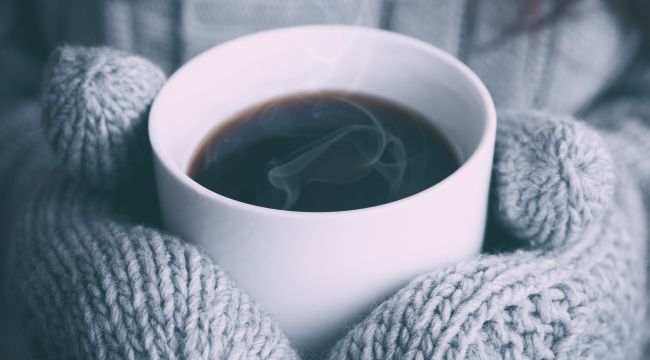 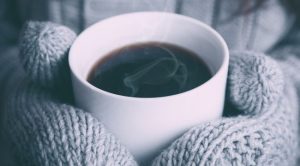 This week’s Parashah concludes with the Mitzvah to recall Amalek’s attack on Bnei Yisrael. The Torah records (25:18), “He happened upon you on the way.” R’ Ben Zion Nesher shlita (one of the senior rabbis in Tel Aviv, Israel) explains that Amalek represents the philosophy that things “just happen,” denying Hashgachah Peratit / Hashem’s watchfulness over, and involvement in, the minutest details of our lives. According to Amalek, the Exodus and the Splitting of the Yam Suf happened by chance. And, when our Sages teach that Amalek “cooled off” mankind (see Rashi z”l) , they mean that, by demonstrating that Bnei Yisrael were not invincible, Amalek caused the inspiration mankind felt after the Exodus and the Splitting of the Sea to cool. [Note that the Hebrew words “Mikreh” / “chance” and “Kar” / “cool” share the same root.]

The Gemara (Ta’anit 29a) teaches: “When [the month of] Adar begins, we increase our happiness.” Rashi comments: Purim and Pesach were times of miracles for Yisrael.” Why does Rashi mention Pesach, when the Gemara was referring to the month of Adar? R’ Nesher answers: Based on the above, we see that whenever Amalek (Haman’s ancestor) has another downfall, the miracles of the Exodus and the Splitting of the Sea are “strengthened.” In this way, Pesach is connected to Purim and follows from it.

This explains, as well, why the story in the Haggadah about the Sages who stayed up all night discussing the Exodus took place specifically in the city of Bnei Brak. The Gemara (Gittin 57b) teaches that descendants of Haman converted and studied Torah in Bnei Brak. Is there a greater downfall for Amalek than for his descendants to see the light and join Hashem’s flock?! Specifically in Bnei Brak, where the ultimate rejection of Amalek took place, the light of the Exodus was strongest. (Haggadah Shel Pesach Shir Tziyon p.48)

“Do not observe your brother’s donkey or his ox falling and turn yourself away — you shall surely help it up.” (22:4)

R’ Yaakov Yosef Hakohen of Polnoye z”l (1710-1784; author of the first Chassidic work and the primary source for the teachings of the Ba’al Shem Tov) interprets this homiletically: “Do not observe your brother’s donkey or his ox falling”–it is better not to see your brother in a state of spiritual decline (becoming like a donkey or an ox). “Turn yourself away.”

But if you do see, “You shall surely help (him) up.” (Toldot Yaakov Yosef)

“When you come into the vineyard of your fellow, you may eat grapes as is your desire, to your fill, but you may not put [any grapes] into your vessel.” (23:25)

On the level of Peshat, this verse is referring to a hired-hand’s right to eat from the crops of a field while he is harvesting them; however, he has no right to take produce home.

R’ Meir Horowitz z”l (1819-1877; Dzikover Rebbe) offers an allegorical explanation of this Pasuk, as follows: This verse is teaching that one should not become depressed when he returns home from visiting a ` and realizes that his behavior is essentially the same as it was before. Indeed, such depression is a scheme of the Yetzer Ha’ra, intended to destroy whatever gains the person did achieve and to discourage him from visiting Tzaddikim in the future. In reality, even the temporary gains that one experiences while he is in the presence of a Tzaddik are worthwhile.

Says our verse: A Tzaddik is called a “vineyard” (see Yeshayah 5:7). When you come to a Tzaddik, says the verse, eat your fill, even if you expect that you will not take anything home, for even that short-term gain is worthwhile. (Imrei Noam)

R’ Yisrael Isser of Ponovezh z”l (Lithuania; mid-19th century) writes: One of the forms of tzara’at is manifested by skin that appears healthy on the surface, though underneath the area is full of pus. The Torah (Vayikra 13:11) says of a person who has such a blemish, “The kohen shall declare him contaminated.” This teaches that a person who acts as if his motivations are pure, though in reality they are not, is tamei. For example, when one is offended and he reacts negatively, he may say, “I am not angry for my honor, but rather for the honor of the Torah that I have studied. Of course, I am not so vain as to think that I am a Torah scholar, but compared to the person who offended me . . .”

How can a person who lashes out “for the Torah’s honor” measure whether his motivations are pure? Let him examine how he reacts when he sees a Torah scholar other than himself being offended. Also, how does he react when he sees a volume of a Torah work being treated disrespectfully? Finally, does this person who considers himself a minor Torah scholar defame the honor of the Torah by acting inappropriately himself? (Menuchah U’kedushah p.83)

R’ Ovadiah Seforno z”l (1470-1550; Italy) writes: Even for rebelling against a king. He explains: It is customary for [non-Jewish] kings to kill a rebel’s children so that they will not grow up to avenge their father’s execution. Thus we read (Divrei Ha’yamim II 25:3-4), “When his reign became firmly established, [King Amatziah] killed his servants who had assassinated his father, the king. But, he did not put their sons to death, as it is written in the Torah, in the book of Moshe, which Hashem had commanded saying, ‘Fathers shall not die because of sons, and sons shall not die because of fathers; a man should die for his own sin’.” (Be’ur Ha’Seforno Al Ha’Torah)

R’ Yaakov Zvi Mecklenburg z”l (1785-1865; rabbi of Koenigsberg, Germany) writes: Without a doubt, Rashi and the Midrash do not mean to deny the literal interpretation of the verse, which is as R’ Ovadiah Seforno writes (quoted above). Indeed, the Gemara (Yevamot 79a) quotes our verse as a basis for challenging King David’s allowing descendants of his predecessor, King Shaul, to be killed as punishment for King Shaul’s wiping out the city of Nov. (The fact that the Gemara used the verse for this purpose shows that the Gemara understood the verse literally.)

R’ Mecklenburg adds: We are taught, “Ein Mikra Yotzei Mi’dei Peshuto”/ “A verse does not depart from its simple meaning.” But, we are taught also, “There are 70 facets to the Torah.” When the Gemara or a Midrash interprets a verse in a non-literal way (referred to as a “Derashah”), we must examine whether that Derashah contradicts the Peshat / “simple meaning,” or whether it is merely an alternative understanding. As long as the Derashah does not contradict or negate the Peshat, we apply the rule, “Ein Mikra Yotzei Mi’dei Peshuto,” i.e., the Peshat and the Derashah are both valid interpretations and can co-exist. Only if our Sages clearly reject the Peshat as a valid interpretation of a particular verse do we disregard the Peshat entirely. (Ha’ketav Ve’ha’kabbalah)

R’ Yerucham Levovitz z”l (Mashgiach Ruchani of the Mir Yeshiva; died 1936) writes: We are accustomed to thinking that “Peshat” refers to merely translating the words and explaining their continuity. That is entirely incorrect. Nothing could be father from being called “Torah study”! The Gemara instructs a person to devote one-third of his time to studying Tanach; surely it refers to more than translating the verses. Rather, learning Peshat includes deriving the messages that the verse is intended to impart. Reading verses in this manner is no less meaningful than studying Kabbalah. (Da’at Torah: Introduction)

R’ Elchanan Sorotzkin z”l (director of the Chinuch Atzmai educational network in Israel; died 1994) writes: This week’s and last week’s Parashot include three sections focusing on proper behavior and attitudes when fighting wars. In Parashat Shoftim, we read about who goes out to war and who is exempt from battle. The Kohen would say to the people (20:3), “Shema Yisrael / Hear, Israel, you are coming near to the battle against your enemies . . .” The Gemara (Sotah 42a) derives from this verse, “Even if the only Mitzvah that you have observed is reciting Kri’at Shema morning and evening, you will not be handed over to your enemies.”

In this week’s Parashah (23:10-15), we read about the obligation to keep the army’s camp both ritually pure and hygienically clean. The Torah explains (verse 15), “For Hashem, your Elokim, walks in the midst of your camp to rescue you and to deliver your enemies before you; so your camp shall be holy, so that He will not see a shameful thing among you and turn away from behind you.” In the heat of battle, a Jew must remember that he is made in G-d’s “image.”

At the same time that our Parashah reminds the soldier how pure he must be, it also acknowledges how low he may fall. Thus, our Parashah opens with the laws of the “beautiful captive.” Is this not mind-boggling? The same Jew who saw miracles in battle, who saw Hashem’s hand watching over him, all of a sudden desires to marry a gentile woman! And, the Torah does not condemn him expressly; it accommodates him!

It is no coincidence, continues R’ Sorotzkin, that these Parashot are always read during the month of Elul. These Parashot teach us about the forces within man’s soul, that man has free will, and that (in the words of the Gemara – Sukkah 52a), “The greater a person is, the bigger his Yetzer Ha’ra is.” [That is why it is possible for a soldier who witnessed G-d’s miracles in battle to nevertheless desire a non-Jewish woman.] A person would sink very low if not that Hashem is there to help him and to guide him toward Teshuvah. Elul is when Moshe Rabbeinu achieved atonement for the Jewish People after their great downfall–from the Giving of the Torah to making the Golden Calf. On Yom Kippur, Moshe received the Luchot a second time and, in this season, we can as well. (Le’ma’an Achai Ve’rai’i)