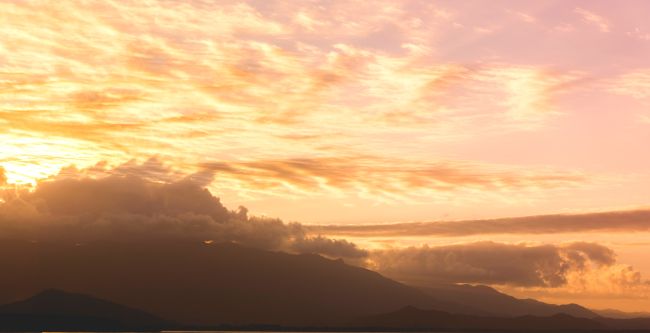 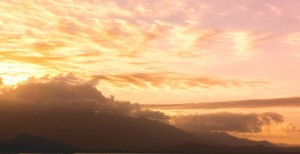 In last week’s parashah, we read of the momentous revelation at Har Sinai. In this week’s parashah, we begin to learn the detailed laws of the Torah. Why, of all those laws, does the Torah begin with the laws of eved ivri / a Jew who is sold as a slave because he is unable to repay what he stole?

R’ Yitzchak Leib Kirzner z”l (1951-1992; mashgiach ruchani of Yeshivat Rabbeinu Yaakov Yosef in Edison, N.J.) explains: Maharal of Prague z”l writes that only a person’s body can be enslaved; his soul, his spiritual intellect, is always free. Thus, writes R’ Kirzner, the revelation at Har Sinai in last week’s parashah and the laws of eved ivri at the beginning of this week’s parashah highlight two extremes: the heights to which the soul can ascend and the lows to which the body can fall. This contrast is why the term of an eved ivri is six years, and in the seventh year he goes free, for “six” represents the physical (the six days of Creation), while “seven” represents the spiritual (Shabbat).

The Torah states that an eved ivri’s master may give him a non-Jewish maidservant as a wife, and their children will remain behind as slaves even after the eved ivri goes free. R’ Kirzner asks: Kabbalists teach that one’s children are his very essence. If a person’s essence, his soul, cannot be enslaved, how can his children remain slaves? R’ Kirzner answers: It is true that the spirit cannot be enslaved. Nevertheless, the lowly state to which the eved ivri has fallen takes some toll even on his spirit, which finds expression in the enslavement of his offspring. (Ma’oz La’tam)

Was the wife of the eved ivri enslaved as well? She was not. Rather, explains R’ Yehonatan Eyebschutz z”l (Germany; died 1764), this verse is highlighting the oneness of husband and wife. When he is enslaved, she is pained by his troubles, and it is as if she is enslaved too. (Tiferet Yehonatan)

R’ Zilber answers: This is the way of the yetzer hara. We read (Mishlei 5:3), “The lips of a forbidden woman drip honey, and her palate is smoother than oil, but her end is as bitter as wormwood, as sharp as a double-edged sword.” The yetzer hara makes slavery appear sweet so that the slave will remain enslaved forever. To the observer, the slave’s response is irrational, but to one who is controlled by his yetzer hara, even the irrational makes sense. (Tippah Min Ha’yam)

“If you take your fellow’s garment as security, until sunset you shall return it to him. For it alone is his clothing, it is his garment for his skin — in what should he lie down? It will be that if he cries out to Me, I shall listen, for I am compassionate.” (22:25-26)

This mitzvah requires a creditor to lend the borrower the very garment, blanket or pillow that the borrower gave the creditor as security.

R’ Avigdor Tzarfati z”l (France; 13th century) asks: Why does Hashem say, “If he cries out to Me, I shall listen, for I am compassionate”? To the contrary, when He exercises His attribute of compassion, He should forgive sinners [including the creditor who pressures the borrower]!

R’ Avigdor explains: A creditor might argue, “Why should You listen to the borrower’s cries? I am only exercising my lawful rights.” Nevertheless, says Hashem, “I am compassionate. My compassion goes beyond the letter of the law, and so should yours.”

In contrast, we read a few verses earlier (21-22), “You shall not cause pain to a widow or orphan. If you cause him pain, if he shall cry out to Me, I shall surely hear his outcry.” Here, R’ Avigdor notes, there is no mention of compassion, for answering the cry of an oppressed widow or orphan is an expression of justice, not compassion. (Peirushim U’pesakim Le’rabbeinu Avigdor Tzarfati)

“You shall be people of holiness to Me; you shall not eat flesh of a treifah / an animal that was torn in the field; you shall throw it to the dog.” (22:30)

Rashi z”l comments: This teaches that G-d does not withhold the reward due to any of His creatures. Here, the dog is entitled to reward because, during the Plague of the Firstborn, “Among all of Bnei Yisrael, no dog will move its tongue” (Shmot 11:7).

What is the significance of the fact that no dog barked during the Plague of the Firstborn? R’ Yisroel Belsky z”l (1938-2016; rosh yeshiva of Yeshiva Torah Vodaath and a leading halachic authority in the United States, especially regarding kashrut) explains:

The ten plagues served two purposes. First, they demonstrated Hashem’s power and attributes–that He is the Creator and All-Powerful, and that He takes an interest in this world. This lesson is stated in verses such as (Shmot 10:2), “That you may know that I am Hashem,” and (8:18), “So that you will know that I am Hashem in the midst of the land.”

Second, the plagues demonstrated the separateness of the Jewish People and our special connection with Hashem. This lesson is stated in verses such as (8:19), “I shall make a distinction between My people and your people,” and (9:4), “Hashem shall distinguish between the livestock of Yisrael and the livestock of Egypt.”

The silence of the dogs served this latter purpose. Regarding the time of the Plague of the Firstborn we read (11:6-7), “There shall be a great outcry in the entire land of Egypt, such as there never has been and never will be again. But among all of Bnei Yisrael, no dog will move its tongue, against neither man nor beast, so that you shall know that Hashem will have differentiated between Egypt and Yisrael.” R’ Belsky explains: Hashem was emphasizing that the quiet in Bnei Yisrael’s neighborhoods would be as extreme as the outcry in the Egyptian neighborhoods; even the natural sounds that are ordinarily heard because of the quiet of the night–for example, the barking of dogs–would not be heard. This highlighted the separateness of Bnei Yisrael from the Egyptians, Bnei Yisrael’s recognition of which was a prerequisite for redemption. (She’eilot U’teshuvot Shulchan Ha’levi: Introduction)

“The choicest first fruit of your land shall you bring to the House of Hashem, your Elokim.” (23:19)

R’ Elya Meir Bloch z”l (1895-1955; founder and rosh yeshiva of the Telshe Yeshiva in Cleveland) comments: This is one of the fundamental principles of the Torah–whenever a person experiences joy, the first expression of that joy should be given to Hashem. This is the reason, as well, for the mitzvah of pidyon ha’ben. (Peninei Da’at)

“B’livnat ha’sapir / Through a sapphire brick He showed them the strength of His love.” (From the zemer Baruch Hashem Yom Yom)

This statement is based on a verse in this week’s parashah (24:10): “They saw the Elokim of Yisrael, and under His feet was the likeness of sapphire brickwork.” Rashi z”l explains that Hashem had, so-to-speak, kept this brickwork before Him during Bnei Yisrael’s slavery in Egypt as a “reminder” of their troubles, for they were forced to do brickwork. Our zemer is stating that Hashem’s desire to “participate” in our troubles is a sign of His love for us.

However, asks R’ Nachum Eisenstein shlita (Lakewood, N.J.), our verse is describing the scene at the Giving of the Torah, which was after the Exodus. Why did Hashem still have this sapphire brickwork before Him at this time? He explains in the name of R’ Nosson Wachtfogel z”l (1910-1998; mashgiach ruchani of Beth Medrash Govoha in Lakewood): There is a middah / character trait known as “nosei b’ole im chavero” / “carrying another’s burden with him.” In order to practice this middah completely, one must feel what the other person is feeling. But, what another person feels in a given situation is not merely the result of his present circumstances; everything he has gone through in the past contributes to how he feels now. This is why Hashem always keeps a reminder of our past pain in front of Him–because His love for us is complete and He shares our pain completely. (Rinat Yaakov)