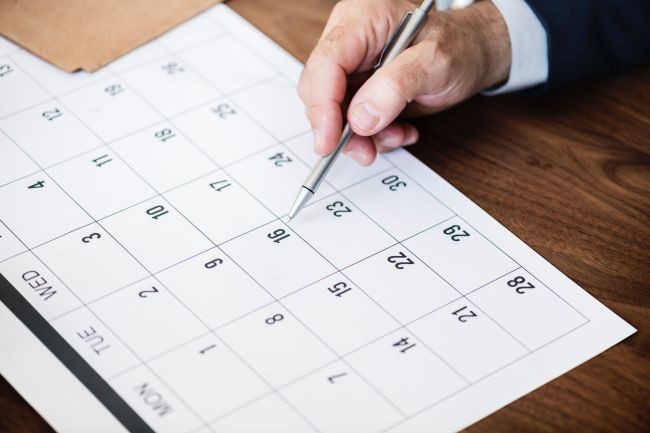 The Wisdom in the Calendar 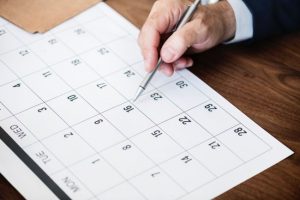 We read in this week’s Parashah (4:6), “You shall safeguard and perform them, for it is your wisdom and discernment in the eyes of the nations, who shall hear all these decrees and who shall say, ‘Surely a wise and discerning people is this great nation!’” The Gemara (Shabbat 75a) teaches that the wisdom and discernment referred to here are those involved in calculating the Jewish calendar.

What is so wise and discerning about the Jewish calendar? R’ Ben Zion Nesher shlita (one of the senior rabbis in Tel Aviv, Israel) explains:

Most of the world uses a calendar that is based on the sun (e.g., the Gregorian calendar) or the moon (e.g., the Muslim and Chinese calendars). This is symbolic of the belief held by much of mankind that man is subjugated to and even controlled by the forces of nature. The Jewish calendar, in contrast, combines elements of both the solar and lunar calendars, and we further adjust it to our needs by inserting an extra day in certain months and an extra month in certain years. By doing this, we demonstrate our belief that we are not subject to the laws of nature; rather, there is a Higher Authority.

This, writes R’ Nesher, is why calculating the calendar was the first Mitzvah given to Bnei Yisrael, shortly before the Exodus (see Shmot 12:2). As the long-awaited day of salvation neared, it was necessary to wean the Jewish People from the Egyptian spiritual environment. The Mitzvah of sanctifying the new moon and creating a Jewish calendar was the first step in that process. (Haggadah Shel Pesach Shir Tziyon p.59)

“What power is there in the heaven or on the earth that can perform [deeds] like Your Ma’asim / deeds and [acts] like Your Gevurot / mighty acts?” (3:24)

We read in Hallel (Tehilim 114:5), “Why, Sea, do you flee?” The sea answers (verse 7), “Before the presence of the Master, who makes the earth.” This refers to the idea expressed above: the splitting (fleeing) of the Sea was part of the making of the earth. (Haggadah Shel Pesach Shir Tziyon p.84)

“I am Hashem, your Elokim, Who has taken you out of the land of Egypt, from the house of slavery.” (5:6)

R’ Yehuda Aryeh de Modena z”l (Venice, Italy; 1571-1648) writes: In this verse, “your” and “you” are in singular form to teach that Hashem took us out of Egypt so that we would be united as one. For the same reason, he writes, the Gemara (Pesachim 78b) teaches that all Jews can fulfill their respective obligations to bring a Korban Pesach by sharing in one animal. Of course, one lamb is not enough to feed all of the Jewish People. However, a person can fulfill the Mitzvah to offer a Korban Pesach even without eating from it and, if there were true unity, each person would insist that someone else eat. No one would be concerned with his own needs, only with maximizing the collective state of Kedushah / holiness. (Ha’boneh to Pesachim 78b)

R’ Chaim Palagi z”l (1788-1868; rabbi of Izmir, Turkey) adds: For the same reason, we begin the Pesach Seder with “Ha lachmah anya di . . .” The combined Gematria of the last Hebrew letters of those words is 13 — the same as the Gematria of “Echad” / one. (Zechirah L’Chaim Al Haggadah Shel Pesach)

“If your child asks you tomorrow, saying, ‘What are the Edot / testimonies and the Chukim / decrees and the Mishpatim / ordinances that Hashem, our Elokim, commanded you?’” (6:20)

This is the question asked by the “Wise Son” in the Pesach Haggadah. R’ Ben Zion Nesher shlita (see above) writes: It appears that the Wise Son is asking, “I know that Mitzvot are divided into three categories–Edot, Chukim and Mishpatim. To which category do the Mitzvot of Pesach belong?”

The Haggadah tells us how to respond: “Tell him the laws of Pesach: there is no dessert after the Afikoman.” R’ Nesher explains that the Haggadah is answering the Wise Son by saying that the Mitzvot of Pesach include all three types of commandments. “There is no dessert after the Afikoman” is a reference to the Halachah that the Korban Pesach should be eaten “Al ha’sova” / when one is nearly full and that nothing should be eaten after it. Interestingly, Rishonim / early authorities disagree whether this particular Halachah is an Edah, Chok or Mishpat.

Rashi z”l (to Pesachim 86a) writes that eating the Korban Pesach al ha’sova is a sign of respect, so that no one should leave “G-d’s table,” so-to-speak, when he is hungry. According to this explanation, eating al ha’sova is a Mishpat / a logical Halachah.

The Tosafot (Pesachim 120a) write that the Korban Pesach must be eaten al ha’sova so that one will not be tempted to break any of the bones to suck the marrow. The Torah calls the prohibition of breaking a bone of the Korban Pesach a Chukah (see Shmot 12:43-46 and Bemidbar 9:12). According to this explanation, eating al ha’asova is related to a Chok.

R’ Nesher adds: Near the end of the Seder we say, “The order of Pesach has concluded according to all its Mishpatim and Chukim.” Consistent with the above, we do not mention “Edot” because the testimonial part of the Seder has not concluded; it continues all night long. (Haggadah Shel Pesach Shir Tziyon p.51)

Who Will Build the Third Bet Hamikdash?

R’ Moshe ben Maimon z”l (Rambam; Spain and Egypt; 1135-1204) writes: “The king, Mashiach, is destined to restore the reign of the House of David as in the days of old, to build the Bet Hamikdash, and to gather-in the dispersed of Yisrael.” (Hilchot Melachim 11:1)

Rambam writes further: “Tractate Middot contains nothing more than a history. It describes the dimensions of the Bet Hamikdash and its form, its structure and all its details. The use of this information is that, when the Bet Hamikdash is rebuilt soon in our days, it will be necessary to adhere to these details and make the building the same way, since they were set forth with Ruach Ha’kodesh / Divine inspiration.” (Introduction to Mishnah [R’ Kapach edition p.59])

The anonymous sage known only as “a Levi from Barcelona” (Spain; 13th century) writes: “This Mitzvah [building a Bet Hamikdash] applies when the majority of the Jewish People are on their Land. No individual is commanded to fulfill this Mitzvah, only the congregation as a whole. When the Bet Hamikdash is built soon in our days, it will be a fulfillment of this Mitzvah.” (Sefer Ha’chinuch: Mitzvah 95)

Rashi z”l (France; 1040-1105) writes, explaining the Gemara’s suggestion that the third Bet Hamikdash might be built on the first day of Pesach: “The Halachah ruling that the Bet Hamikdash cannot be built on Yom Tov refers only to a structure that is man-made. However, the future Mikdash that we are anticipating will be revealed fully built and will come from Heaven, as it is written (Shmot 15:17), ‘The Sanctuary, my Master, that Your hands established’.” (Commentary to Sukkah 41a)

“For You, Hashem, with fire consumed her and with fire You will in the future rebuild her.” (“Nacheim” prayer recited in Minchah on Tisha B’Av)