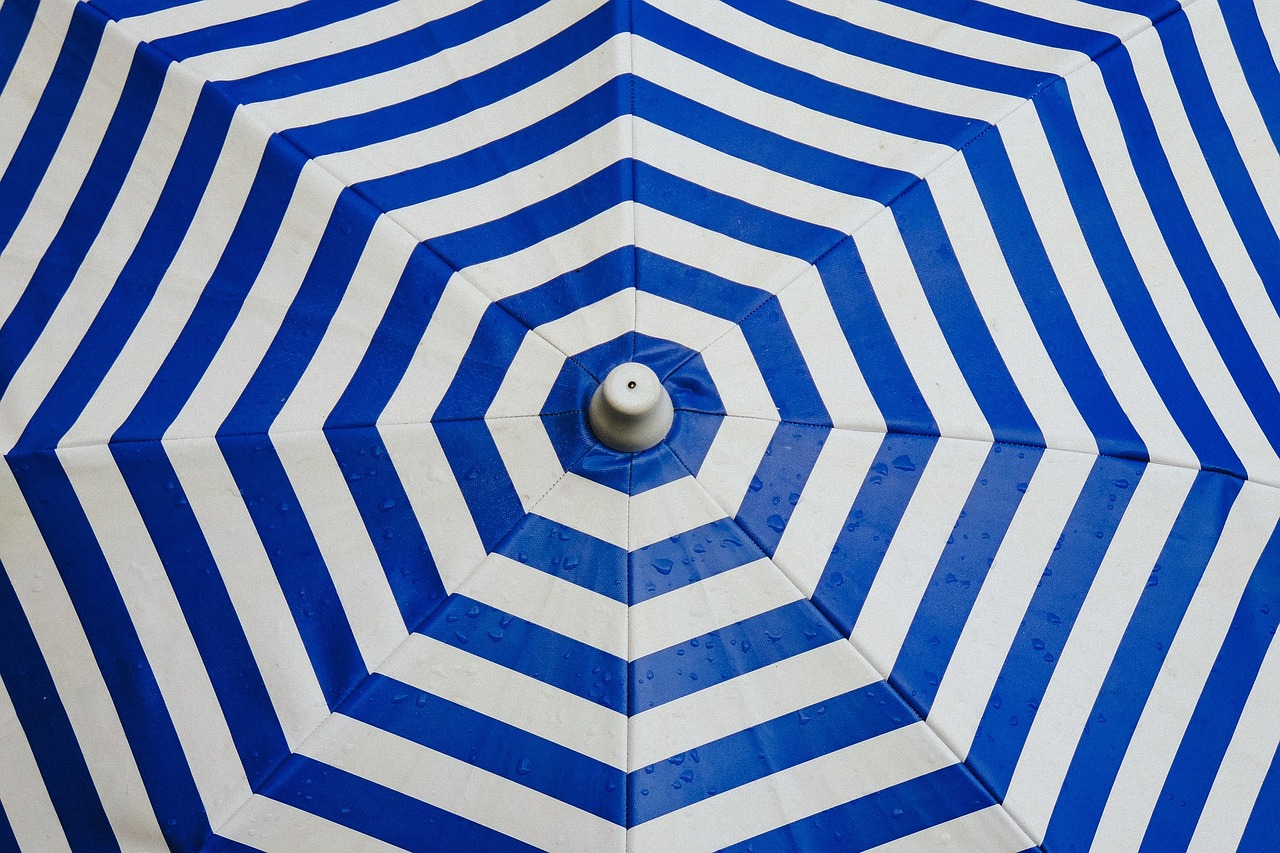 The Right Time for Rain 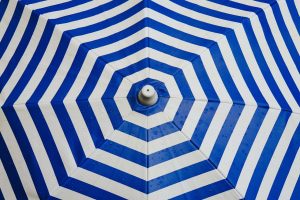 The Midrash Tanchuma on this week’s Parashah opens with a question: When one sees rain at a time when the populace needs it, what Berachah does one recite? The Midrash answers: On rain, one recites the Berachah, “Ha’tov v’ha’meitiv.” [See Shulchan Aruch, O.C. ch.221 for the circumstances under which this Berachah is recited.] The Midrash continues: Everything that comes from Hashem has a fixed measure. He fixed limits for the sun, the Heavens, and the earth. He fixed a time for the Exodus. He fixed a limit for darkness. [The Midrash cites a verse to support each of these statements.] Likewise, when Yosef was imprisoned, Hashem fixed a limit on his imprisonment, as it is written, “It happened Mikeitz / at the end of two years . . .”

What is this Midrash teaching? R’ Avraham Meir Rosen z”l (Warsaw; 19th century) explains: Another Midrash derives that the Berachah for rain is “Ha’tov v’ha’meitiv” from the verse (Mishlei 25:25), “Like cold water on a weary soul, so is good news from a distant land.” Just as the Berachah for good news is “Ha’tov v’ha’meitiv,” so too that is the Berachah for cold water on a weary soul, i.e., rain after a drought. But, one recites this Berachah only if the rain falls when it is wanted. Rain that falls at the wrong time is not a blessing; it is a curse. The same is true of every phenomenon; good things that happen at the wrong time or in the wrong amount are not blessings, but curses.

The word “Mikeitz” (for which our Parashah is named) is usually connected with events that happen at a fixed time, e.g., the Shemittah (see Devarim 15:1). Why, then, is that word used in connection with Yosef’s release from prison? Because, just as He does with rainfall, Hashem chose the moment of Yosef’s release very precisely–just when Pharaoh needed him, so that it would be for a blessing. (Be’ur Amarim)

The Gemara (Rosh Hashanah 10b) records that Yosef was released from prison on Rosh Hashanah. Why is it useful for us to know this?

R’ Yitzchak Meir Alter z”l (1798-1866; first Gerrer Rebbe, known as the “Chiddushei Ha’Rim”) explains that Yosef represents that Jewish spark that is within even those Jews who are prisoners of their desires. On Rosh Hashanah, our Sages are teaching, that spark can break free. This, adds the Chiddushei Ha’Rim, is why the month in which Rosh Hashanah falls is called “Tishrei,” which contains the word “Sharei” / “to release.” (Quoted in his grandson’s Likkutei Yehuda)

R’ Shlomo Alkabetz z”l (1505-1584; author of the Friday night hymn Lecha Dodi, among other works) writes: Yosef’s name had to be changed because, if his name had remained “Yosef,” his brothers might have looked more closely at him and recognized him. [Had that happened, his dreams would not have been fulfilled.]

Similarly, R’ Alkabetz notes, Mordechai (of the Purim story) gave his cousin, Hadassah, the Persian name “Esther” before she was taken to the king’s palace. He did this in order to hide her Jewish origins. (Manot Ha’levi 2:7)

“Yosef recognized his brothers, but they did not recognize him.” (42:8)

Rashi z”l explains: “Because when he left them he had no beard, whereas now he had grown a beard.”

R’ Yitzchak Isaac Sher z”l (1875-1952; Rosh Yeshiva of the Slobodka Yeshiva in Lithuania; later, in Bnei Brak, Israel) writes that this is difficult to understand. After all, many people recognize individuals whom they last saw without a beard and now see with a beard! Moreover, our Sages say that Yosef resembled Yaakov, who presumably did have a beard. Why, then, did the brothers not recognize that the Egyptian official standing before them looked like their father? In addition, there were many other signs that they missed. For example, the Midrash relates that the Egyptian official (Yosef) demonstrated such superhuman strength that his brother Shimon even commented that he shared this trait with the family of Yaakov. Also, the “Egyptian” (Yosef) correctly “divined” the birth order of the brothers who stood before him and the fact that they had different mothers. Even so, they did not suspect that the “Egyptian” was their brother! How can this be?

R’ Sher answers: This teaches us how far a person’s own thoughts can affect his perception and lead him to erroneous conclusions. The Midrash relates that Yosef’s brothers did not immediately go to purchase food when they arrived in Egypt. First, they visited the “red-light districts,” searching for their brother Yosef. They reasoned that because he was so handsome, that was surely where he was to be found. Having formed this picture of a lowly, immoral Yosef, it was thereafter impossible for the brothers to imagine a regal, noble Yosef, no matter how strong the evidence that the person standing before them was their own brother.

This, concludes R’ Sher, should be a warning to us about the danger posed by even a “small” heretical or immoral thought. Once it penetrates our minds, it can color our entire outlook on life and the things we see. (Lekket Sichot Mussar Vol. I p.127)

“You delivered Gibborim / the strong into the hands of Chalashim/ the weak.” (From the Al Ha’nissim prayer)

R’ Levi Yitzchak of Berditchev z”l (1740-1809; early Chassidic Rebbe) asks: This phrase implies that the Chashmona’im were weak or not warrior-like. In contrast, the historian Josephus (Eretz Yisrael and Rome; 1st century C.E.) describes the Chashmona’im as fierce warriors. How can the words of Al Ha’nissim be reconciled with Josephus’ report? [Megillat Antiochus, another very early historical record of the Chanukah miracle–which some attribute to the Chashmona’im themselves–likewise describes the incredible strength and bravery of the Chashmona’im.]

R’ Levi Yitzchak explains: When we say, “Chalashim,” we do not mean that the Chashmona’im were physically weak. Rather, the term refers to a state of mind in which a person weighs whether or not his undertaking will be successful and remains unsure. The Chashmona’im understood that they were not guaranteed victory, unlike the Greeks who were confident of victory.

Alternatively R’ Levi Yitzchak writes, we mean that the Chashmona’im thought of themselves as weak. They did not rely on their own strength or military skill, for they knew that all success comes from Hashem. (Kedushat Levi: Drushim L’Chanukah)

Another interpretation: Josephus reports that on the 23rd of Kislev, the day before the great victory, the Chashmona’im out-numbered the Greeks on the battlefield. Seeing this, the Chashmona’im placed their confidence in their numbers, rather than in Hashem. At the end of that day, the Greeks had killed many of the Chashmona’im, while the latter suffered defeat.

The next day, the 24th of Kislev, the now-chastened Chashmona’im were out-numbered, but they placed their faith in Hashem, not in their strength or numbers, and they won. This event is what we refer to when we say, “You delivered Gibborim / the strong into the hands of Chalashim / the weak.” (Imrei Tzaddikim p.19b)

“They kindled lights in the Chatzrot / courtyards of Your Sanctuary.” (From the Al Ha’nissim prayer)

Why did the Chashmona’im kindle lights in the courtyards of the Bet Ham’mikdash, when the Menorah’s place is inside the Heichal / the indoor part of the Temple? A number of answers have been offered.

(1) The word “Chatzer” (singular of “Chatzrot”) can refer to the Heichal as well. We read (Yechezkel 44:17), “Now when they come to the gates of the Inner Chatzer they are to wear linen clothes; let no wool be upon them when they serve in the gates of the Inner Chatzer and within.” This verse is describing how the Kohen Gadol dresses when he enters the Kodesh Ha’kodashim / Holy of Holies, referred to here as the “Inner Chatzer.” If the Holy of Holies is called the “Inner Chatzer,” then the room in front of it–the Heichal, where the Menorah was–can correctly be called the “Chatzer” / “courtyard.”

When the Chashmona’im first defeated the Greeks, the Heichal was contaminated with idolatry. The Menorah could not be lit there, nor left to burn there. Therefore, to at least accomplish part of the Mitzvah, it was lit in the courtyard–as a result of which more people witnessed the Chanukah miracle. This, indeed, is why the Chanukah Menorah should, ideally, be lit outdoors. (Otzar Mefarshei Chanukah p.407)