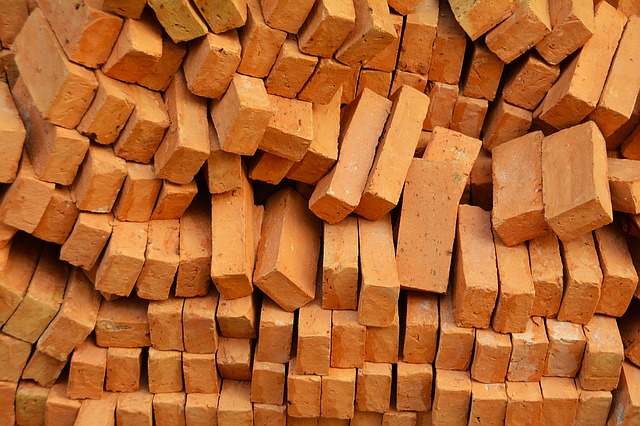 A Ton of Bricks or One Brick Worth a Ton? 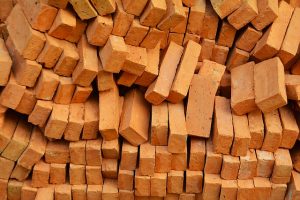 The end of our Parashah continues (from last week) to describe the Giving of the Torah. We read (24:9-10), “Moshe, Aharon, Nadav and Avihu, and seventy of the elders of Yisrael ascended [Har Sinai]. They saw the Elokim of Yisrael, and under His feet was the likeness of sapphire brickwork, and it was like the essence of the heaven in purity.” Rashi z”l explains that the “sapphire brickwork” was a building brick that Hashem had, so-to-speak, placed at His feet during Bnei Yisrael’s long exile to “remind” Himself of their suffering.

R’ Avraham Yoffen z”l (1887-1970; Rosh Yeshiva of the Novardok Yeshiva in Bialystok, Poland; New York and Yerushalayim) writes: Notably, when Moshe, Aharon, Nadav, Avihu, and the Seventy Elders ascended Har Sinai and saw Hashem’s throne in a vision, they saw a solitary brick at His feet. They did not see majestic palaces and the other trappings of royalty. We must remind ourselves constantly, R’ Yoffen writes, that our skyscrapers, our most brilliant technology, and our most advanced weapons make no impression at all in the spiritual world. None of our material gains has a lasting impact. In this respect, those whose focus is on material gains are like the fox that starved itself for three days in order to squeeze through a hole in the orchard fence, who, after eating its fill, had to starve itself for another three days in order to squeeze its way out of the orchard. What matters in the spiritual world is not something’s appearance, but its intrinsic significance. (Ha’mussar Ve’ha’da’at)

Many commentaries ask: How is possible to “do” before one “hears” what he should do?

R’ Avigdor Nebenzahl shlita (Rosh Yeshiva and former Chief Rabbi of the Old City of Yerushalayim) explains: The Gemara (Yoma 28b) relates that Avraham Avinu kept the entire Torah before it was given. How did he know the Torah? R’ Nebenzahl answers: Hashem made man “Yashar”/ upright, which gives him the ability to grasp many of the Torah’s expectations without being told. The more Yashar he is, the more he can “figure out” the Torah on his own. For this reason, the Torah itself is called, “Sefer Ha’Yashar.”

When Bnei Yisrael said, “Na’aseh ve’nishmah,” they meant: Whatever Mitzvot we can sense on our own, we will observe without waiting to be told. And, in those case where we cannot sense the Torah’s demands on our own, we will “hear” and observe what we are commanded. (Mi’Tziyon Michlal Yofi)

R’ Chaim of Volozhin (1749-1821; founder of the first yeshiva as we know them today) writes: There is a fundamental difference between Avraham’s observance of the Torah and our own observance. Avraham, the other Patriarchs, and other great leaders who lived before the Torah was given, were not commanded to follow the Torah. They observed it only because they sensed through Ruach Ha’kodesh that it was the right thing to do. Therefore, when they sensed through Ruach Ha’kodesh that G-d wanted them to do something that the Torah prohibits–for example, when Yaakov understood that he was meant to marry two sisters–he did so. Likewise, when Moshe Rabbeinu’s father, Amram, understood that he was meant to marry his aunt–also something the Torah would later prohibit–he did so. Indeed, the reason the Torah was not given to the earlier generations was to allow them that latitude.

In contrast, we, who are commanded to observe the Torah, do not have the right to disregard a single law of the Torah–whether because we think disregarding that law is necessary, because we think we understand the reason for the Mitzvah and believe the reason doesn’t apply, or because we think disregarding the Torah will make us more “spiritual.” [For example, a person may not Daven later than the times prescribed by Halachah just because he thinks he will pray with a better frame of mind after engaging in lengthy preparations.] (Nefesh Ha’chaim, Part I chs. 21-22)

On the same Pasuk:

The Gemara (Shabbat 88a) teaches that Hashem held Har Sinai over Bnei Yisrael and threatened to drop the mountain on them if they did not accept the Torah. If so, asks the Gemara, i.e., if we never accepted the Torah voluntarily, why are we held accountable for violating it? The Gemara answers: Following the Purim miracle, the Jewish People accepted the Torah anew. [Until here from the Gemara]

Many commentaries ask about the seeming contradiction between the above Gemara and our verse, which describes the enthusiasm with which Bnei Yisrael accepted the Torah. The Midrash Tanchuma (Parashat Noach) answers: Bnei Yisrael accepted the Written Law voluntarily and enthusiastically, as described in our verse, but they had to be forced to accept the Oral Law, as described in the Gemara.

R’ Shlomo ben Aderet z”l (“Rashba”; Spain; 1235–1310) asks: If Bnei Yisrael did not accept the Torah voluntarily until after the Purim miracle, which was after the destruction of the First Temple, then their sins during the First Temple period should not have counted. Why, then, was the Bet Hamikdash destroyed?

R’ Shlomo Kluger z”l (1785-1869; rabbi of Brody, Galicia) writes: Our Sages teach that for 52 years following the destruction of the First Temple, Eretz Yisrael was completely desolate; not one person lived there. The reason is that the Jewish People deserved to be destroyed, but Hashem, in His kindness, took out His wrath and the Land and its buildings instead. This, writes R’ Kluger, seems to be inconsistent with Rashba’s opinion above (that Bnei Yisrael were not deserving of punishment). Perhaps, writes R’ Kluger, Rashba would also agree to the opinion of the Tosafot cited above (that Bnei Yisrael accepted the Written Torah and deserved to be punished for violating it during the First Temple era).

In light of the above, R’ Kluger explains the verses (Yirmiyah 9:10-12 — from the Haftarah for Tisha B’Av morning): “I shall make Yerushalayim heaps of rubble, a lair of snakes; and the cities of Judea I shall turn to desolation, with no inhabitant. Who is the wise man who will understand this, to whom the mouth of Hashem speaks–let him relate it–‘Why did the land perish, become parched like a desert, without passerby?’” This question, R’ Kluger writes, was asked by the angels and prophets. They “held” like the Rashba and thus could not understand why the Land was made desolate. Hashem answered (verse 12), “Because they forsook My Torah that I put before them.” As the Tosafot write, Bnei Yisrael did accept the Written Law (“My Torah that I put before them”); thus, they deserved to be punished, and Hashem in His kindness took out His wrath on the Land. (Kohelet Yaakov: Bein Ha’meitzarim p.105)

Siddur Avodat Yisrael cites a custom to recite Psalm 72 on the Shabbat on which Parashat Mishpatim is read. Accordingly, we present here verses from, and commentaries on, that Psalm.

“For Shlomo! Elokim, give Your Mishpatim / judgments to the king and Your Tzedakah / righteousness to the king’s son.” (Verse 1)

Midrash Shocher Tov teaches: In relation to this it is written (Yeshayah 3:10), “Tell each Tzaddik that it is good, for they shall eat the fruits of their deeds.” It is not written, “He shall eat the fruits of his deeds,” but rather, “[They shall eat] the fruits of their deeds.” The verse refers to Tzaddikim in general, who leave the fruits of their deeds to their children. King David also left behind the fruits of his deeds, as is written (Shmuel II 8:15), “David administered Mishpat / justice and Tzedakah for his entire people.” Regarding his son, Shlomo, it likewise is said, “Elokim, give Your Mishpatim to the king and Your Tzedakah to the king’s son.” David prayed: “Just as You judge without witnesses, so may Shlomo judge without witnesses.” Hashem responded, “So it will be,” as is written (Divrei Ha’yamim I 29:23), “Shlomo sat on Hashem’s throne.” Is it possible for a human to sit on Hashem’s throne? Rather, it means that, like his Creator, he was able to judge without witnesses, as in the case of the two mothers and the baby.