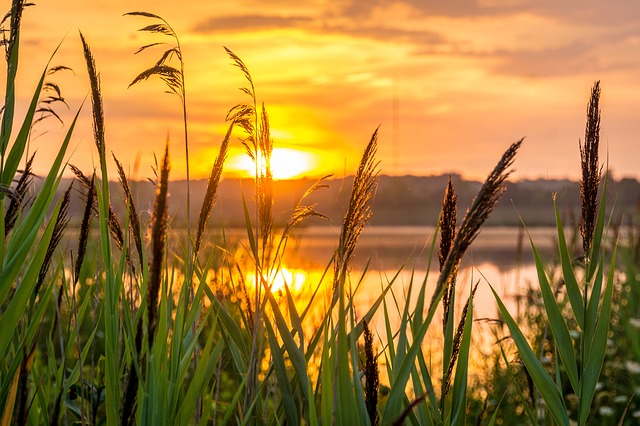 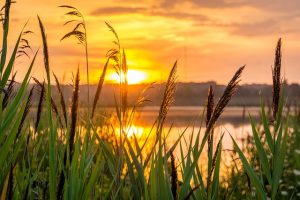 At the beginning of this week’s Parashah, Hashem states that Pinchas’ reward for killing Zimri, the prince of the tribe of Shimon, will be “My covenant of peace.” At first glance, Pinchas’ actions seem to be the opposite of peaceful. Why should his reward be Hashem’s covenant of peace?

R’ Chaim Zaichyk z”l (1906-1989; Rosh Yeshiva of Yeshivat Bet Yosef-Novardok in Buchach, Poland; later in Israel) answers: From here we see how wrong is the widely-held view that Emet / truth and Shalom / peace, or Emet and Chessed / Kindness, or Emet and Ahavah / love are incompatible. Emet, many believe, means strict adherence to law and justice, with no room for compromise, while Shalom, Chessed and Ahavah, they believe, require overlooking truth for the sake of peace, harmony and brotherly love. In fact, writes R’ Zaichyk, this understanding is superficial and absolutely incorrect.

He explains: There is only one Creator and He created only one world. At first glance, there are forces in our world that are antagonistic and incompatible; in fact, there is no greater joy than when those seeming opposites are unified and harmonized. Marriage between a man and a woman is the most obvious example of this. The ultimate Emet, the ultimate expression of the “truth” that there is only one G-d and one creation, is when opposing forces are able to unite in Shalom. Thus we read (Zechariah 8:19), “Love Emet and Shalom!”

We tend to think of Moshe Rabbeinu as the ultimate man of truth and justice (“Moshe is Emet and his Torah is Emet”), while we picture Aharon as a man of peace and love (“One who loves peace and pursues peace, loves the creations . . .”) Yet, the Gemara (Menachot 65b) refers to Moshe as “Oheiv / the one who loves Yisrael.” Moshe dedicated his entire adult life to the welfare of the Jewish People. His “toughness” came from his concern lest even one beloved Jew fail to earn his eternal reward.

Conversely, the prophet Malachi (2:6) says about Aharon, “The Torah of Emet was in mouth.” Human nature is that a person who is dedicated to a task may cut corners to reach the desired end. Not so Aharon–for all of his love of the Jewish People, he never deviated or allowed others to deviate one iota from the Torah’s true demands. For both Moshe and Aharon–and the latter’s grandson, Pinchas–Emet and Shalom were not in conflict, but rather, in perfect harmony. (Torat Ha’nefesh)

“This is the Olah-offering of each month in its own month for the months of the year.” (28:14)

Based on the similarity between the Hebrew words for “month” (“Chodesh”) and “new” (“Chadash”), the Gemara (Rosh Hashanah 7b) interprets this verse: “Renew and bring the Korban from new funds,” i.e., that public Korbanot–for example, the Tamid / daily offering and the Rosh Chodesh offerings–should be brought using funds that were collected each year for that purpose.

R’ Moshe Gruenwald z”l (1853-1910; rabbi of, and Rosh Yeshiva in, Huszt, Hungary) asks: Why does the Torah not want us to bring public Korbanot from last year’s funds, which also were collected from the public? He explains:

R’ Yosef Yonah Zvi Horowitz z”l (1892-1970; rabbi in Huncovce / Unsdorf, Slovakia and Frankfurt, Germany) writes: The Mitzvah to refresh the coffers of the Bet Hamikdash annually reminds us that no matter how low we have fallen, hope is not lost; we can always return and be “refreshed.” The annual collection of Shekalim for the Temple coffers takes place in the month of Adar, just before the Festival of Spring (Pesach), because spring’s renewal similarly alludes to our own renewal.

It is no coincidence, writes R’ Horowitz, that Hashem caused Haman to choose the month of Adar to carry out his plot. Due to their sins, our ancestors really did deserve to fall into Haman’s hands; however, the timing of his plans, in the month of Adar, gave us the merit we needed to prevail. Specifically, when we focus on the fact that the required donation to the Temple is half a Shekel, we are reminded that each of us is only part of a whole. Then we unite, and we merit a second chance. (Chagvei Ha’selah p.97)

Rabbi Shimon says: There are three crowns. They are: The crown of Torah, the crown of Kehunah / priesthood, and the crown of Malchut / royalty. Above all of these is the crown of a good name.

As for the crown of Kehunah, even if a person would offer all the silver and gold in the world, he could not purchase it, as is written (in our Parashah–Bemidbar 25:13), “It shall be his and his offspring’s after him–a covenant of eternal priesthood.”

As for the crown of Malchut, even if a person would offer all the silver and gold in the world, he could not purchase it, as is written (Yechezkel 37:25), “My servant David will be prince for them, forever.”

However, the crown of Torah is not like that. Anyone who wants to toil in Torah study can do so. (Chapter 41)

R’ Yehoshua Falik z”l (Rabbi and Dayan in Lissa, Poland; late 18th century) explains: There are three groups of people that the Torah has commanded us to honor. However, each must also possess the “crown of a good name” in order to be deserving of respect. [Ed. note: Perhaps R’ Yehoshua is explaining why Rabbi Shimon says there are three crowns and then identifies four.]

Why did Rabbi Shimon cite a verse from our Parashah regarding the eternity of the Priestly line rather than an earlier verse in the Torah (for example, Shmot 28:43)? R’ Yehoshua explains: Rabbi Shimon wanted to demonstrate that there is no interruption to the Priestly line even today, when the Bet Hamikdash is not standing. Thus, he refers to Pinchas, who according to a Midrash is Eliyahu Ha’navi. That prophet is still alive today and, say our Sages, he offers the Korban Tamid at the site of the Bet Hamikdash even now, since the site retains its holiness even when there is no structure. (Binyan Yehoshua)

Siddur Avodat Yisrael cites a custom to recite Psalm 50 on the Shabbat on which Parashat Pinchas is read. Accordingly, we present here verses from, and commentaries on, that Psalm.

“I shall not rebuke you for your sacrifices, nor are your burnt-offerings My constant concern.” (Verse 8)

Rashi z”l explains: If you do not bring sacrifices to Me, I will not pay attention to that fact.

R’ Yaakov Yisrael Halevi Stern z”l (Maggid /preacher in Kremenets, Volhynia, now Ukraine; died 1799) reads the verse differently, as follows: “I shall not rebuke you for your sacrifices; Your burnt-offerings are before Me always.”

He explains that Hashem is saying: Your sacrifices themselves are not so beloved to Me; rather, it is the repentance and regret that accompany each Korban that I love. Thus we read (Tehilim 51:19), “The sacrifices Elokim desires are a broken spirit; a heart broken and humbled, Elokim, You will not despise.” The proof of this is the fact that your burnt-offerings–specifically, the symbolic “ashes of Yitzchak”–are before Me always. There was never a greater sacrifice, a greater demonstration by any person of his willingness to obey Hashem, than Avraham’s going to sacrifice his son Yitzchak. That sacrifice is what remains “before Hashem,” not the ashes of the thousands of offerings that people actually brought, but which could not leave the same impression because they were not accompanied by the proper emotions. (Shevet Mi’Yisrael)