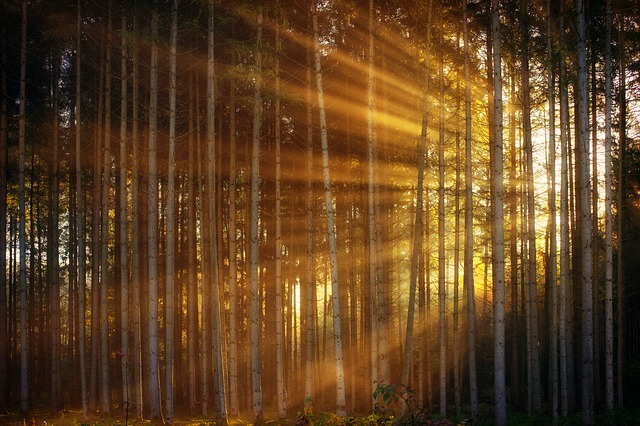 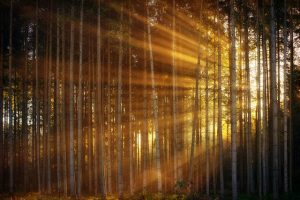 Sponsored by
Rochelle Dimont
on the yahrzeit of
her mother and grandmother
Mrs. Chaya Tarshish a”h (7 Adar II)

In our Parashah, the Mishkan / Tabernacle is erected. But, says the Torah (40:35), “Moshe could not enter the Ohel Mo’ed/ Tent of Meeting, for the cloud rested upon it, and the glory of Hashem filled the Mishkan.”

Commentaries note that there was no parallel occurrence–i.e., no mention of the glory of Hashem filling the structure–when the Bet Hamikdash was dedicated in Yerushalayim (480 years later). This suggests that the Mishkan in the desert was holier than the Temple in Yerushalayim. On the other hand, the Temple is called the “Bet Hamikdash,” a Bayit / house, suggesting a degree of importance that the Mishkan, which was an Ohel / Tent, did not have.

Rashi z”l comments: “The Mishkan was a testimony to Yisrael that Hashem had forgiven them for the incident the sin of the Golden Calf.”

R’ Avraham Mordechai Alter z”l (1866-1948; Gerrer Rebbe, known as the “Imrei Emes”) answers: The holiday of Chanukah commemorates the fact that one day’s supply of oil burned for eight days, the length of time it took the kohanim to acquire oil that was not tamei / ritually impure. Why was this miracle necessary? According to halachah, the Temple service may be performed in a state of tum’ah when it is impossible or even impractical to perform it in a state of taharah / ritual purity. [For example, if a majority of kohanim are tamei, the korban tamid / daily burnt offering may be offered by a kohen who is tamei.] If the only oil available was tamei, why couldn’t the Chashmonaim have used that oil?

The Gerrer Rebbe answers: Performing the Temple service in a less than ideal fashion, i.e., in a state of tum’ah, is acceptable for routine Temple service. However, the Chashmonaim were re-dedicating the Temple; indeed, the word “chanukah” means “dedication.” When a dedication is taking place, when a mitzvah is being inaugurated, we cannot settle for second best. Thus, only tahor oil was acceptable for the dedication.

Similarly, it is true that Hashem dwells among Bnei Yisrael amidst their tum’ah. However, the inauguration of the Mishkan could not have taken place unless Bnei Yisrael had been cleansed of the sin of the Golden Calf. (Quoted in Pardes Yosef: Chanukah p.107)

“Moshe saw the entire work [of the Mishkan], and behold! They had done it as Hashem had commanded, so had they done. And Moshe blessed them.” (Shmot 39:43)

The Midrash adds, “What was his blessing? ‘May it be G-d’s Will that the Shechinah will rest on your handiwork’.”

R’ Mordechai Wulliger z”l (1895-1995; administrator at Yeshiva Torah Voda’ath in Brooklyn, N.Y.) explains the significance of Moshe’s blessing as follows: The Gemara teaches that one may not praise G-d except using the formula that the Sages established. If a person would begin to praise G-d on his own, he could never stop, for we would ask him, “Have you exhausted all of your Master’s attributes?!” The Mishkan was intended as a place for man to come close to G-d through prayer and service, but how can man do that? He can never praise G-d enough! The answer is that it is proper etiquette to not praise someone excessively to his face. Thus, when the Shechinah is present in the Mishkan, one can begin to praise G-d and stop. In answer to the question, “Have you exhausted all of your Master’s attributes?” he can respond that it is not proper to recite all of G-d’s praises to His Face, so-to-speak. Moshe’s blessing was that the Mishkan would indeed be a place where this would be possible. (Tefilat Mordechai p.139)

“Hashem spoke to Moshe, saying, ‘On the day of the first new moon, on the first of the month, you shall erect the Mishkan/ Tabernacle, the Ohel Mo’ed / Tent of Meeting’.” (40:1-2)

The midrash Yalkut Shimoni teaches: The Mishkan was completed on the twenty-fifth day of Kislev, but it was placed in storage until the first day of Nissan. In the interim, the People muttered against Moshe: “Why isn’t the Mishkan being assembled? Was some blemish perhaps found in our work?” For His part, Hashem wanted to intertwine the joy of the Mishkan with the month (Nissan) in which our Patriarch Yitzchak was born. Since Kislev thereby lost out, Hashem repaid it with the holiday of Chanukah. [Until here from the midrash]

What is the connection between the dedication of the Mishkan and the birth of Yitzchak Avinu? R’ David Cohen shlita (rosh yeshiva of the Chevron Yeshiva in Yerushalayim) explains:

[There are differing opinions among the classical commentaries whether the command to build the Mishkan preceded the sin of the Golden Calf or followed it.] According to the Vilna Gaon z”l (Aderet Eliyahu: Shmot 34:6), both are correct. Before the sin of the Golden Calf, Hashem instructed Bnei Yisrael to make a place for His Shechinah to reside among them but, when they sinned, He decided to withdraw from them. Moshe Rabbeinu then spent 40 days on Har Sinai pleading with Hashem to reside among Bnei Yisrael as He had planned originally, and Hashem acquiesced. [See Rashi to 38:21 – “The Mishkan was a testimony to Yisrael that Hashem had forgiven them for the incident of the Golden Calf, for, through the Mishkan, He made His Shechinah dwell amongst them.”]

R’ Cohen continues: Rashi z”l (Vayikra 9:23) writes that during the Seven Days of Inauguration of the Mishkan–i.e., the last seven days of the month of Adar–Moshe assembled the Mishkan every day and then disassembled it. During that week, the Shechinah did not appear in the new Mishkan, and Bnei Yisrael complained, “When will the Shechinah reside among us so that we will know that the sin of the Golden Calf has been atoned?” Only on the eighth day, the first of Nissan, did the Shechinah appear as a sign that atonement for the sin of the Golden Calf had been achieved.

Why? R’ Cohen explains: Each of the three Patriarchs represents the opposite of one of the three cardinal sins. Yitzchak Avinu, who was ready to give his very life as a sacrifice to Hashem, represents the opposite of idolatry, which involves sacrificing to false gods. Therefore, it was fitting for atonement for the sin of the Golden Calf, as demonstrated by the dedication of the Mishkan, to come in the month in which Yitzchak was born. (Yemei Chanukah pp. 15-17)

Siddur Avodat Yisrael cites a custom to recite Psalm 45 on the Shabbat on which Parashat Pekudei is read. Accordingly, we present here verses from, and commentaries on, that Psalm.

R’ Yaakov Kranz z”l (1741-1804; the Dubno Maggid) asks: Why does King David refer to two different senses–hearing and seeing? Why isn’t it enough to invoke one sense?

He explains: Seeing has certain benefits over hearing. But, it has a downside, as people sometimes make judgments based on a “first glance.” Using their sense of sight alone, they decide that something “looks” right. That can lead to mistakes, because what appears to be good may be bad, and vice versa. Therefore, one may sometimes need to “hear” the opinion of subject matter experts in order to make a decision.

The Dubno Maggid continues: King Shlomo writes in Mishlei (20:12), “A hearing ear and a seeing eye, Hashem made both of them.” King Shlomo, like his father, is teaching that, to succeed in serving Hashem (which is what Mishlei is all about) a person must use both senses–seeing and hearing. (Tehilim Al Pi Ha’Maggid Mi’Dubno)