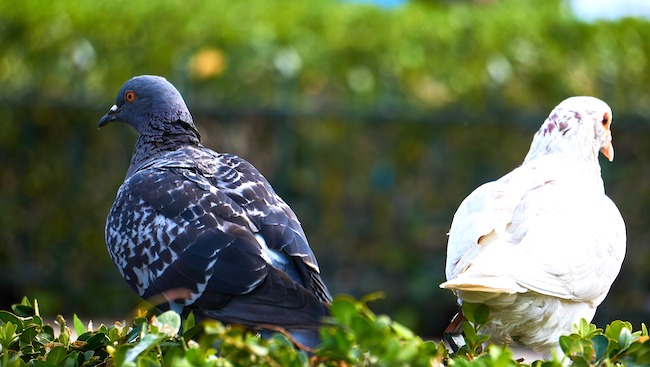 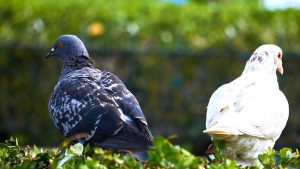 In this week’s Parashah we read of the incident of the spies, as a result of which the generation of the Exodus was sentenced to die in the desert rather than enter Eretz Yisrael.

Yet it appears that Bnei Yisrael repented (see 14:39-40). Why did Hashem not accept their repentance?

R’ Yaakov Kranz z”l (1747-1805; the Dubno Maggid) explains with a parable: A certain lower-class person became wealthy. He had a daughter, and a matchmaker proposed two prospective grooms for her–one boy, rich but with a bad reputation; the other boy, poor, but the son of the local rabbi. The girl’s father said, “I would rather take the poor son of the rabbi, but at least let the rabbi buy his son a proper suit for the wedding.”

The rabbi said that he could not meet this condition. “If he wants to make a match with me, it will be with no preconditions or dowry.” The girl’s relatives implored her father to accept the rabbi’s son anyway, and he relented.

The rabbi, however, said, “I regret discussing a match with you. At first, I thought that you wanted a match with someone from a good family and that you valued Torah scholars. But, now that I see that, for materialistic things, you would have taken just anybody, I cannot make a match with you. Since you don’t appreciate the value of a Torah scholar, what common ground do we have?!”

Similarly, says the Dubno Maggid, a generation that could say that it was better off in Egypt simply was not compatible with Eretz Yisrael. Apparently, all they ever wanted was its fruits, not its spiritual riches. (Mishlei Yaakov)

R’ Shlomo Pappenheim z”l (1740-1814; Dayan / rabbinical court judge in Breslau, Germany) writes: The word used here for weak–“Rafeh”–means something different than the word we might have expected–“Chalash.” To be “Chalash” means to have no strength; to be helpless. Moshe Rabbeinu did not ask the Spies to determine if the inhabitants of Eretz Canaan/Eretz Yisrael were “Chalashim” (plural of “Chalash”) because it is unimaginable that the Holy Land would produce people who lack strength and are helpless. In contrast, “Rafeh” describes a person who once had physical strength, but who has lost it. Closely related, it also can describe having physical strength, but lacking the ability or the will to apply that strength, either because of a lack of courage, being too lazy or indolent, or for some other reason.

For example, R’ Pappenheim writes, we read (Shmot 4:24-26, as explained by Rashi z”l) that Hashem sent an angel to kill Moshe Rabbeinu because he had not circumcised his son. Moshe’s wife, Tzipporah, quickly circumcised the baby, at which point, “Va’yi’ref / the angel released Moshe.” (“Va’yi’ref” shares the same root–“Reish Peh”–as “Rafeh”.) The angel was not lacking in strength; rather, he loosened his grip and did not apply his strength. That is the general meaning of the root “Reish Peh.”

Another form of the same root, writes R’ Pappenheim, is “Reish Peh Aleph,” from which we get the words for “doctor” and “healing.” When a doctor heals, he is “loosening the grip” that disease holds over a person.

R’ Pappenheim continues: In our verse, Moshe is telling the Spies: I am sure that the people of Eretz Canaan are inherently strong. But, you should determine whether they keep themselves strong by working hard and being productive. Or, do they sit around luxuriously such that their natural strength leaves them? (See Bava Metzia 77a, regarding the citizens of the city of Mechoza.) If the Canaanites are lazy, Moshe is saying, you will be able to defeat them as long as you keep up your strength by engaging in productive labor. (Cheishek Shlomo p.515)

“The land through which we have passed, to spy it out, is a land which devours its inhabitants.” (13:32)

R’ Meir Leibush Weiser z”l (1809-1879; Ukraine and Romania; known as “Malbim”) writes: The spies told the truth; they just did not understand what they had seen. The fact that Eretz Yisrael appeared to be devouring the Seven Nations is a sign of the Land’s holiness. Eretz Yisrael was created for Bnei Yisrael, and only for Bnei Yisrael. (Eretz Chemdah)

Rabbi Yosef ben Yochanan says, “Let your home be open wide; the members of your household shall be the poor; . . .” (Pirkei Avot 1:5)

Avot D’Rabbi Natan elaborates: How should your home be open wide? This teaches that one should have a door facing each direction, as Iyov made four doors for his house. Why did he do this? So the poor would not be troubled to walk around the house to reach the door.

When Iyov’s troubles came upon him, continues Avot D’Rabbi Natan, he said, “Master of the Universe! Did I not feed the hungry and give drinks to the thirsty?! Did I not clothe those who needed clothing?!” Hashem responded to him, “Even so, you have not achieved half the level of Avraham Avinu’s kindness. You sit in your house and wait for the poor to enter; then you give each one the type of food he is accustomed to. Avraham would search the world for guests and bring them into his home; then he would feed each one something better than what he was accustomed to.”

Avot D’Rabbi Natan continues: Teach the members of your household humility! If a person is humble and members of his household are humble, then, when a poor person stands in the doorway and asks, “Is your father home?” they will say, “Come inside!” And, before he comes inside, the table will already be set; the poor person will eat, drink and “Bentch,” and Hashem will derive great pleasure from this. But, if one’s household members are difficult people, then, no matter how humble the master of the house is, they will throw the poor person out of the house. (Ch. 7)

R, Eliyahu ben Avraham z”l (Lithuania; early 1800s) writes: The statement, “The members of your household shall be the poor,” could have been interpreted, “Be generous to the poor, because the way of the world is that someday you will have poor descendants.” Therefore, Rabbi Natan said, “Do not take this literally!” Rather, interpret the statement as explained above. As for the teaching, “The poor should be comfortable talking about what they ate and drank in your house,” this means: Don’t just invite the poor to eat in your home. Make sure they are comfortable asking for seconds! (Ben Avraham)

Siddur Avodat Yisrael cites a custom to recite Psalm 64 on the Shabbat on which Parashat Shelach is read. Accordingly, we present here verses from, and commentaries on, that Psalm.

R’ Gamliel HaKohen Rabinowitz-Rappaport shlita (Rosh Yeshiva of Yeshivat Sha’ar Ha’shamayim in Yerushalayim) writes: The word used here for prayer is “Si’ach” or “Sichah” / “conversation.” This is because there are two types of prayer: that which is uttered in a state of D’veikut / deep attachment to Hashem, and that which is uttered when one does not feel so connected. In the latter case, one speaks to Hashem casually, as one would converse with a friend. In our verse, King David asks that Hashem accept even that type of prayer.

Alternatively, writes R’ Rabinowitz-Rappaport, the word “Tefilah” refers to the text of prayer established by our Sages (e.g., Shemoneh Esrei), whereas “Si’ach” refers to a personal prayer in which one lays out his unique needs before G-d in his own words. As R’ Nachman of Breslov z”l (Ukraine; 1772-1810) teaches, a person should have a time every day for pouring out his heart to Hashem in his own words as a person would speak to his friend. (Tiv Ha’tehilot)

R’ Samson Raphael Hirsch z”l (1808-1888; Germany) notes that the verse does not say merely, “From the enemy guard me,” but rather, “From fear of the enemy guard me.” He writes: Preserve my life from the fear of my foes. Let me attain that exaltation which will raise me high above any fear of the enemy and will preserve my life, my spiritual and moral vigor unbent and unbowed in the midst of all the dangers that beset me.” (Commentary on Tehilim)