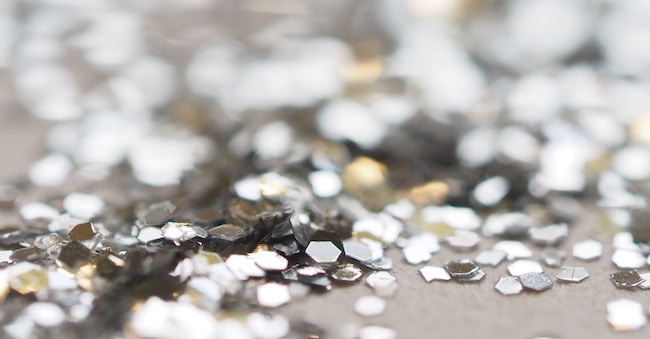 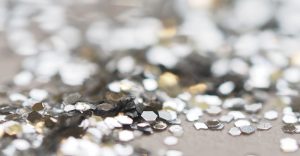 Our Parashah opens: “Yaakov departed from Be’er Sheva and went toward Charan.” Rashi z”l comments: “The Torah could have written simply ‘Yaakov went to Charan.’ Why does it mention his departure from Be’er Sheva? It is teaching us that the departure of a Tzaddik / righteous person from his city makes an impression. As long as a righteous person is in his city, he is its Hod / glory, its Ziv / shine, and its Hadar / beauty. When he departs from there, its Hod departs, its Ziv departs, and its Hadar departs. This, too, is the meaning of the verse (Ruth 1:7) ‘She departed from the place,’ stated in reference to Naomi and Ruth.” [Until here from Rashi]

R’ Yoel Sirkes z”l (Poland; 1561-1640; known as the “Bach” after the initials of his Halachic work Bayit Chadash) explains: “Ziv” refers to the material blessings that Hashem showers on a place where a Tzaddik resides. When people are well-fed and well-off, their countenances “shine.”

“Hadar” refers to the honor that a place receives when a Tzaddik resides there; specifically, the fact that many people travel to the city to visit and learn from the Tzaddik. This interpretation of “Hadar” is supported by the verse (Mishlei 14:28), “In a multitude of people is the Hadar of the king.”

Finally, “Hod” refers to the positive spiritual impact that a Tzaddik has on those around him. Knowing Hashem–which is the result of being under a Tzaddik’s influence–is the one thing for which a person is permitted to take glory for himself, as we read (Yirmiyah 9:23), “Only with this may one laud himself–discernment in knowing Me.” (Meishiv Nefesh Al Megilat Ruth 1:7)

“He encountered the place and spent the night there because the sun had set [literally, ‘had come’].” (28:11)

A Midrash relates: He heard angels saying, The sun has come! The sun has come!” Many years later, when Yosef said (Bereishit 37:9), “Behold! The sun, the moon, and eleven stars were bowing down to me,” Yaakov asked, “Who told him that my name is ‘sun’?” [Until here from the Midrash]

R’ Shmuel Yaakov Borenstein z”l (1946-2017; Rosh Yeshiva of Yeshivat Kiryat Melech in Bnei Brak, Israel) asks: How can this Midrashic interpretation be reconciled with the more straightforward reading of the verse, i.e., that “the sun had set”? He explains:

When Yaakov returns to Eretz Yisrael two decades later, he encounters Esav’s guardian angel and has to fight him, as we will read in next week’s Parashah. There we read, closing the loop that opened here, that, after Yaakov defeated Esav’s guardian angel (32:32), “The sun rose for him.” (V’zot L’Yaakov)

“She conceived again, and bore a son and declared, ‘This time let me gratefully praise Hashem’–therefore she called his name ‘Yehuda’; then she stopped giving birth.” (29:35)

R’ Nosson Yehuda Leib (Leibel) Mintzberg z”l (1943-2018; Rosh Yeshiva of Yeshivas Ha’masmidim and Rabbi of Khal Adat Yerushalayim in Yerushalayim and Bet Shemesh, Israel) elaborates: The Gemara (Berachot 54a) teaches that one should couple thanks for the past with a prayer for the future. This is why we conclude Birkat Ha’mazon, in which we give thanks, with the series of requests beginning, “Ha’Rachaman.” Similarly, Modim D’rabbanan, the paragraph of thanksgiving that the congregation recites during the Chazzan’s repetition of Shemoneh Esrei, contains the request, “So may you continue to give us life . . .” Leah, in contrast, did not do this. [To the contrary, according to R’ Avraham ibn Ezra, she was content with the children she had.] (Ben Melech Al Ha’Torah)

“Yaakov sent and summoned Rachel and Leah to the field, to his flock.” (31:4)

Rashi writes: “First Rachel and afterwards Leah, for Rachel was the Akeret Bayit / chief wife of the house for whose sake Yaakov had entered into a bargain with Lavan. Even the descendants of Leah admitted this, for Boaz and his Bet Din, who were of the Tribe of Yehuda [son of Leah] said (Ruth 4:11), ‘Like Rachel and like Leah, which two did build . . . ,’ mentioning Rachel before Leah.” [Until here from Rashi]

R’ Ben Zion Nesher shlita (one of the senior rabbis in Tel Aviv, Israel) writes: According to many opinions, the exile of Bnei Yisrael in Egypt was a punishment for the sin Yosef’s brothers committed by selling him. That, in turn, was the result of Lavan’s treachery toward Yaakov. If Lavan had not tricked Yaakov into marrying Leah instead of Rachel, then Yosef would have been Yaakov’s firstborn, and there would have been no cause for Yosef’s brother’s to be jealous of him.

It follows, R’ Nesher continues, that part of repairing the sin of selling Yosef is acknowledging that Rachel is Yaakov’s primary wife. And, if the sin of selling Yosef caused the exile, then the Exodus is a sign that that sin was somehow repaired. This is alluded to in Hallel (specifically, Tehilim 113:9), which we recite at the Pesach Seder and which our ancestors recited at the time of the Exodus and later, when offering the Korban Pesach in the Temple: “He settles down the Akeret Bayit”–an allusion to Rachel. (Haggadah Shel Pesach Shir Tziyon p.83)

“It was told to Lavan on the third day that Yaakov had fled. So he took his kinsmen with him and pursued him a distance of seven days, catching up with him on Mount Gil’ad.” (31:22-23)

Rashi explains: The messenger had to travel for three days to tell Lavan, during which time Yaakov continued his journey. Thus, Yaakov was six days’ distance from Lavan when Lavan got the news. Yet, Lavan caught up to Yaakov on the seventh day. We may infer, therefore, that all the distance that took Yaakov seven days to cover, Lavan covered in one day. This is why the verse states: “He pursued him a distance of seven days,” rather than, “He pursued him for seven days.” [Until here from Rashi]

R’ Moshe Miskin z”l (1860-1929; Mashgiach Ruchani of Yeshivas Toras Chessed in Baranovitch, Poland; better known as R’ Moshe Midner) writes in the name of his grandfather, R’ Avraham Weinberg z”l (1803-1883; first Slonimer Rebbe): No doubt, Yaakov expected to experience “Kefitzat Ha’derech,” a miraculous shortening of his journey, as he escaped from Lavan. Not only did that not happen, it was, instead, Lavan who experienced Kefitzat Ha’derech! Even so, Lavan could not harm Yaakov. [This teaches that Hashem can be counted on to bring salvation, though it may not necessarily unfold in the way a person expects.] (Kitvei Rabbi Moshe Midner)

R’ Moshe ben Maimon z”l (Rambam; 1135-1204; Spain and Egypt) writes: The location of the Mizbei’ach requires great precision, and it may never be relocated, as it is written (Divrei Ha’yamim I 22:1), “[David said, ‘This is the house of Hashem Elokim, and] this is the altar of burnt-offering for Yisrael’.” At the [future site of the] Mikdash, our patriarch Yitzchak was bound on the altar, as it is written (Bereishit 22:2), “Go to the land of Moriah,” and it is written in Divrei Ha’yamim (II 3:1), “Shlomo began building the Temple of Hashem in Yerushalayim on Mount Moriah, where He had appeared to his father David. He established it at David’s place, on the threshing floor of Ornan the Yevusi.”

Rambam continues: There is a universally accepted tradition that the spot where David and Shlomo built the altar on the threshing floor of Ornan is the same place where Avraham built the altar and bound Yitzchak, where Noach built an altar upon leaving the Ark, where Kayin and Hevel built an altar, where Adam brought an offering after being created, and from which Adam was created [i.e., the place from which earth was taken to form him]. Our Sages say, “Adam was created from the place from which his atonement comes.”

He continues: The measurements of the altar are very precise, and its form is an oral tradition . . . Three prophets [Chagai, Zechariah, and Malachi] returned from the [Babylonian] exile with the nation. One testified about the location of the altar, one testified about its measurements, and one testified that all of the sacrifices could be offered on that altar even though the Temple was not standing [i.e., the Second Temple had not yet been constructed]. (Hilchot Bet Ha’bechirah 2:1-3)

R’ Chaim Kanievsky shlita (Bnei Brak, Israel) asks: Why couldn’t the location of the altar be determined by measuring? Why were prophecy and tradition required?

He explains: In general, Halachah views precise measurement by man as impossible (“Ee efshar le’tzamtzem”). Therefore, for most purposes, Halachah accepts the best measurement that we can do as good enough. However, placing the altar requires such precision that, for that purpose, our best is not good enough. (Derech Chochmah: Be’ur Ha’halachah)