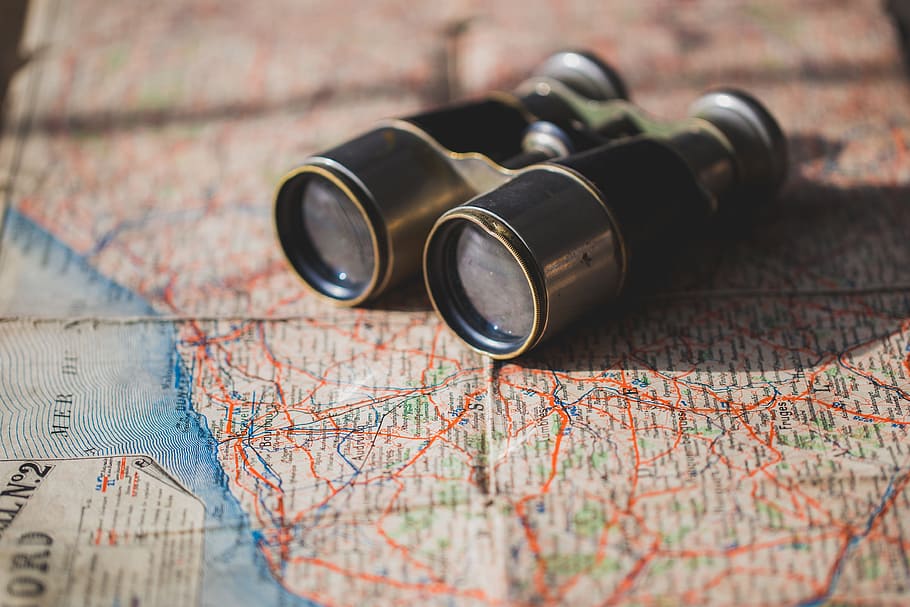 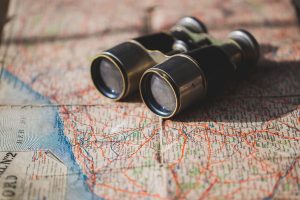 Many verses in this week’s Parashah list the praises of Eretz Yisrael. Among other things, our Parashah (11:12) describes Eretz Yisrael as “a Land that Hashem, your Elokim, seeks out; the eyes of Hashem, your Elokim, are always upon it, from the beginning of the year to year’s end.” R’ David Cohen shlita (Rosh Yeshiva of the Chevron Yeshiva in Yerushalayim) writes, based on the writings of R’ Yitzchak Isaac Chaver z”l (1789-1852; rabbi of Suvalk, Lithuania), that this verse is explaining why Eretz Yisrael is the appropriate land for the Jewish People. He writes:

There is a fundamental difference between the seven commandments given to the Noachide nations and the 613 Mitzvot given to the Jewish People. The Noachide laws are meant to ensure that societies will be orderly and stable, but their observance or non-observance has no impact in the spiritual realms. Not so the 613 Mitzvot! Whether or not we observe the Mitzvot has profound spiritual effects, for it determines how Hashem will direct His Hashgachah Pratit / Divine Providence. Hashgachah Pratit means that Hashem responds to our actions, good or bad, and that Creation itself reacts positively or negatively to what we do, thus assisting us to perform Mitzvot in the future or hindering our efforts to do so. Eretz Yisrael, the Land which “the eyes of Hashem are always upon,” a Land where the laws of nature hold less sway than in the rest of the world, is the place most suited to Hashgachah Pratit. (Mizmor L’David Vol. I p.159-160)

R’ Yechiel Michel Ha’Levi Epstein z”l (1829-1908; rabbi of Novardok, Belarus) writes: Even in the realm of Mishpatim / laws that seem logical to us and which we would have thought of on our own if G-d had not commanded us to observe them (also known as “Mitzvot Sichliyot” / “commandments of the intellect”), a Jew should have in mind that he is listening to (i.e., obeying) Hashem, not that he is doing what is logical or reasonable. Nevertheless, R’ Epstein continues, it is undeniable that the Jewish People’s holiness is highlighted more by our observance of those Mitzvot that we would not have thought of on our own (known as “Mitzvot Shim’iyot” / “commandments that we heard”).

For this reason, R’ Epstein explains, we do not recite Berachot before performing Mitzvot Sichliyot. Since gentiles perform such logical deeds as well–for example, eating a feast on the Sabbath or a festival–these Mitzvot do not demonstrate that “He has sanctified us with His commandments,” as the formula for Berachot on Mitzvot says. (Aruch Ha’shulchan: Choshen Mishpat 427:10)

“Not by bread alone does Adam / man live, rather by everything that emanates from the mouth of Hashem does man live.” (8:3)

R’ David Tevel Rubin z”l (1792-1861; rabbi of Minsk, Belarus) explains: The word “Adam” refers to the soul, not to the body, which is called “B’sar Adam” / “the flesh of man” (see Shmot 30:32). Our verse is teaching that the soul, which is spiritual, is not sustained by physical bread, but rather by the spiritual “nutrients” that emanate from the mouth of Hashem and are implanted into the bread (and other food). How, then, does one extract food’s spiritual nutrients? By reciting Berachot on, and performing other Mitzvot using, the food. (Derashot Bet David 3:13)

R’ Chaim of Volozhin z”l (Belarus; 1749-1821; teacher of the above-mentioned R’ Rubin) explains: What “emanates from the mouth of Hashem” refers to the utterances with which Hashem created the world and with which He constantly wills it to exist. Without His constant Will, even the physical bread would not continue to exist. This is the idea conveyed, as well, by the Midrash that teaches: “There is no blade of grass on earth that does not have a force in Heaven commanding it to grow.”

Before Adam’s sin, continues R’ Chaim, he was sustained solely by the spirituality in his food. This is the meaning of the Gemara (Sanhedrin 59b) that says, “Angels would roast meat for Adam.” Ideally, man would not be sustained by physical bread at all, only by the “word of Hashem.” After Adam’s sin, however, we need both. (Ruach Chaim 3:3)

“And you may say in your heart, ‘My strength and the might of my hand made me all this wealth!’ Then you shall remember Hashem, your Elokim, for it is He Who gives you strength to make wealth . . .” (8:17-18)

R’ Yitzchak Arieli z”l (1896-1974; Mashgiach of Yeshivat Merkaz Harav; author of Enayim La’mishpat) writes: Believing in one’s own strength and might is the essence of idolatry, the opposite of Emunah / faith. This is why Avraham Avinu, who fought his whole adult life against idolatry, refused to take the booty of his war against the Four Kings, saying (Bereishit 14:23), “So you shall not say, ‘It is I who made Avram rich’.” This is the meaning, also, of (Devarim 31:29), “if you do what is evil in the eyes of Hashem, angering Him through your work of your hands,” i.e., by placing your faith in the work of your hands.

R’ Arieli continues: The antidote to such a belief is Shabbat, the day when “the work of our hands” is completely absent, when we glorify the work of Hashem’s hands. This is why Shabbat is referred to as the source of Emunah. (Haggadah Shel Pesach Shirat Ha’geulah p.17)

“For if you observe this entire commandment that I command you, to perform it, to love Hashem, your Elokim, to walk in all His ways, and to cling to Him.” (11:22)

R’ Yehuda Ashlag z”l (1885-1954; Poland and Eretz Yisrael; known as the “Ba’al Ha’sulam”) writes: It is well known that the ultimate goal of studying Torah and performing Mitzvot is D’veikut / clinging to Hashem. But, what exactly does this mean? After all, we cannot even imagine Hashem! Our Sages themselves asked this question, saying [see Midrash Sifrei and Sotah 14a]: “Is it then possible to cling to Him? Is He not ‘a consuming fire’ (in the words of Devarim 4:24)?” And they answered: “It means: ‘Cling to His attributes: As He is merciful, so you shall be merciful; As He bestows loving-kindness, so you shall bestow loving-kindness’.”

However, writes R’ Ashlag, this requires explanation. Why did our Sages give our verse a non-literal interpretation? If the Torah had meant, “Cling to His attributes,” it could have said that. But, it did not; rather, it said, “Cling to Him”!

The correct understanding, R’ Ashlag explains, is as follows: Physical objects take up space. Therefore, when we speak of physical objects “clinging” to each other, we mean that they are close to each other physically. But, spiritual things do not take up space, so D’veikut cannot refer to physical proximity. Rather, it indicates that there is some commonality between the two things that we describe as “clinging” to each other. When they lose that commonality, we say they are “distant” or “separated” from each other–no differently than if they were two pieces of a physical log that have been separated from each other by an ax. In this vein, when two people hate each other, we say they are “distant” even when they are standing next to each other. And, when two people love each other, they are “close,” no matter how distant they may be physically.

In light of this, R’ Ashlag concludes, we understand the words of our Sages: Our verse cannot be understood literally, because Hashem is not a physical being. How then can one achieve D’veikut with Hashem? By imitating His attributes, thus developing a commonality with Hashem that causes a person to be “close” to Him. (Matan Torah: Ma’amar Le’siyum Ha’Zohar)

Rabbi Yehuda said that [the Sage] Shmuel said: When King Shlomo established the requirement for an Eruv and the requirement of Netilat Yadayim, a Bat Kol / Heavenly voice proclaimed (in the words of Mishlei 23:15), “My son, when your heart becomes wise, then My heart, too, will rejoice,” and (Mishlei 27:11), “Grow wise and gladden My heart, then I will have an answer for those who seek to humiliate me.” (Eruvin 21b)

Rashi z”l explains: According to Torah law, one may carry directly from his private domain to his neighbor’s private domain [for example, from one enclosed yard to another, through a passage between them]. However, King Shlomo prohibited such carrying without establishing an “Eruv” [see below]. Also, King Shlomo decreed that we “wash for bread” as a reminder of the need to purify oneself before eating sanctified foods.

R’ Moshe Zuriel shlita (Bnei Brak, Israel; former Mashgiach Ruchani of Yeshivat Sha’alvim) writes: King Shlomo prohibited carrying between two private domains without an Eruv, i.e., setting aside a portion of bread before Shabbat to be shared by the two households, effectively making them into one. This decree promotes love and unity between neighbors, and decreases division. For example, the Talmud Yerushalmi (Eruvin 7:9) relates that one family had its child deliver its contribution of bread for the Eruv, and the loving reception that he received from the woman next door caused a long feud to be ended. This is why the Gemara relates this decree to a verse that speaks of the heart being wise–because the decree promotes the heart, i.e., feelings of love, over other aspects of man.

King Shlomo’s other decree has a different effect: Prishut / distancing a person from physical pleasures by causing him to pause and think about his obligations before eating. Thus, as alluded to by the second quoted verse from Mishlei, King Shlomo showed that he was not overly attached to physical gratification, and he silenced his detractors, who misunderstood his motives for marrying many wives. (Lekket Me’Hegyonei Ha’Torah)

(The foregoing is presented in honor of the Daf Ha’yomi program beginning Tractate Eruvin this coming Tuesday, August 11)