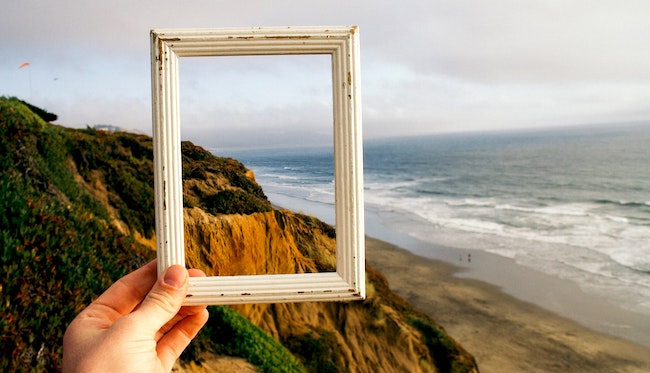 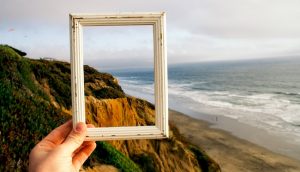 In this week’s Parashah, we read of Korach’s rebellion. At first glance, it appears that Korach’s primary complaint was against the High Priesthood of Aharon and, by extension, the legitimacy of Moshe’s prophecy. Thus, say our Sages, Korach’s repentant sons stand at the entrance to Gehinom proclaiming: “Moshe is true and his Torah is true.”

However, notes R’ Menachem Mendel Schneerson z”l (1902-1994; Lubavitcher Rebbe), our Sages elsewhere seem to take a broader view of Korach’s wrongdoing. For example, the Gemara (Sanhedrin 110a) states: “One who engages in Machloket / disputes [that are not for the sake of Heaven] transgresses (Bemidbar 17:5), ‘That he not be like Korach and his assembly’.” If Korach’s sin was challenging Moshe and Aharon–obviously, a very serious dispute–how can we derive from this verse a prohibition to engage in Machloket in general–even over petty things? (The Lubavitcher Rebbe cites additional sources from our Sages suggesting that Korach’s sin was engaging in Machloket in general, rather than engaging in Machloket about a specific subject.)

It follows, concludes the Lubavitcher Rebbe, that our simple understanding of Korach’s sin as a challenge to Moshe’s legitimacy as the Torah-giver, and our Sages’ deeper perspective that Korach was a fomenter of Machloket in general are one and the same. The Torah is meant to bring peace, to erase Machloket. One who engages in Machloket denies the Torah’s purpose and the legitimacy of Moshe Rabbeinu’s giving of the Torah, and vice versa. (Otzar Likkutei Sichot Vol. V)

Midrash Rabbah applies to this incident the verse (Mishlei 18:19): “A brother distanced from a Kiryat Ohz / fortified city; they quarrel like a palace bolt.” Says the Midrash: “A brother distanced from a Kiryat Ohz” refers to Korach, who separated himself from the Torah, which is called “Ohz” / “power” (see Tehilim 29:11 — “Hashem will give Ohz to His nation”). Did Korach not realize that his opponent — Moshe — was as stiff as a “bolt”?! [Until here from the Midrash]

R’ Aharon Lewin z”l Hy”d (the Reisher Rav; killed in the Holocaust) asks: Where do we find that Korach distanced himself from the Torah? Seemingly, Korach’s dispute was with Moshe, not with the Torah!

He answers: R’ Yosef Albo z”l (Spain; 1380-1444) writes that the single most important foundation upon which our belief in the eternity of the Torah rests is the premise that Moshe was the greatest prophet who ever lived, and that there will never be another equal to him. Since there is not, never was, and never will be a prophet as great as Moshe, there is no one who can countermand Moshe’s teachings; therefore, the Torah itself is eternal and cannot be countermanded.

It follows, continues R’ Lewin, that one who challenges Moshe’s unique status is challenging the authority of the Torah itself. Thus, says the Midrash, Korach distanced himself from the Torah’s Ohz–specifically, its power to be obeyed eternally. And, he picked a fight with Moshe, the “bolt” whose authority holds the Torah together. (Ha’drash Ve’ha’iyun)

R’ Yitzchak Shmelkes z”l (1828-1906; rabbi of Lvov, Galicia; R’ Lewin’s grandfather) asks: Where did Moshe, the humblest of all men, find the strength to stand up to Korach and his cohorts?

He answers: The Gemara (Shabbat 88b) equates a person who remains silent when he is insulted with the sun at its full strength. Why? Though the moon sometimes eclipses the sun’s rays briefly, the sun “understands” that the moon doesn’t detract from the sun’s strength and cannot stand in the way of the sun’s ultimate mission. Likewise, a humble person understands that someone who insults him is no more than a nuisance; in the big picture, the one who gives insults generally cannot stop the one he insults from fulfilling his calling. Therefore, the latter remains silent when he is insulted.

That is the general rule, continues R’ Shmelkes, but there are exceptions. And, Moshe understood that Korach’s rebellion was such an exception. As the above Midrash teaches, Korach’s rebellion threatened the legitimacy of the Torah itself. Korach was more than a nuisance to Moshe; he threatened Moshe’s entire mission. Therefore, Moshe had to make an exception to his usual humble demeanor and respond with Ohz. Korach did not realize that Moshe had this within him, that Moshe was like a bolt that joins together two traits–humility, when appropriate, and pride, when appropriate. (Bet Yitzchak)

The Mishnah (Middot 1:1) states: “The Kohanim stood watch in three places in the Bet Hamikdash . . . and the Levi’im in twenty-one places.”

R’ Yehoshua Yosef Hakohen Feinberg z”l (19th century; rabbi of Mordy, Poland) writes: Commentaries offer many reasons for establishing these watches. They certainly were not because of a fear of theft, for our Sages say, “Ain Aniyut B’Mekom Ashirut”–literally, “There is no poverty in a place of wealth.” In other words, the Bet Hamikdash held such fabulous riches that it would be beneath its dignity for us to worry about petty theft. Rather, the reasons offered for the watches include the following:

R’ Naftali Katz z”l (Eastern and Central Europe; 1649-1718) writes: When the Nachash / snake or serpent enticed Chava to eat from the Etz Ha’da’at / Tree of Knowledge, it introduced 24 types of Tum’ah / ritual impurity into the world — known collectively as the “Zohamat Ha’nachash,” literally, “the filth of the snake.” [R’ Katz explains the nature of these 24 types of Tum’ah in Kabbalistic terms that are beyond our understanding.] As a result, Creation became “unstable,” its future existence in doubt. The construction of the Mishkan and, later, of the Bet Hamikdash, was intended to return Creation to the “stability” it had before Adam and Chava’s sin. Thus, our Sages say that the day the Mishkan was dedicated was as joyous in Hashem’s eyes as the day the world was created. This connection between Creation and the Bet Hamikdash is why the Shir Shel Yom / the song that the Levi’im sang each day during the Temple service paralleled the aspect of Creation that occurred on that day. This also is why King Shlomo sang 24 songs of praise on the day the Bet Hamikdash was dedicated — paralleling the 24 aspects of the Zohamat Ha’nachash. Finally, this is why there were 24 Kohanim and Levi’im standing watch. (Semichat Chachamim p.251/57b)

Rabban Gamliel the son of Rabbi Yehuda Ha’nasi says: “The verse (Devarim 13:18) says, ‘He will give you mercy and be merciful to you and multiply you.’ If one is merciful to Hashem’s creations, Heaven will be merciful to him.” (Shabbat 152a)

R’ Yekutiel Yehuda Halberstam z”l (1905-1994; Klausenberger Rebbe) explains: True unity among, and love for, the Jewish People means feeling someone else’s pain as if one is himself sick. When one reaches that level, he no longer needs to be punished for his sins, because he suffers through others’ punishments. Therefore, Heaven has mercy on him. (Otzrot Divrei Yatziv: Shabbat)