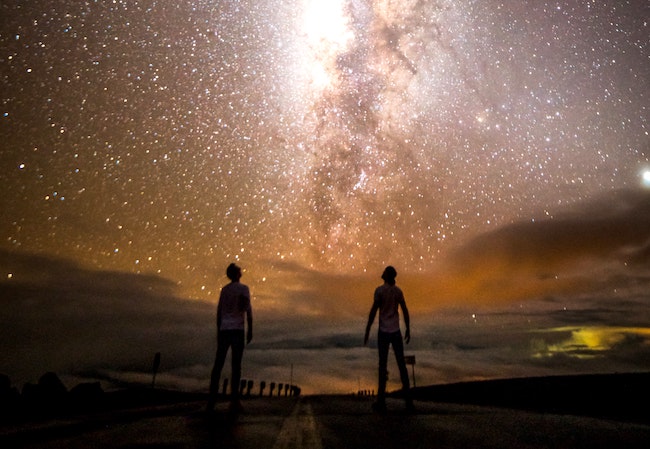 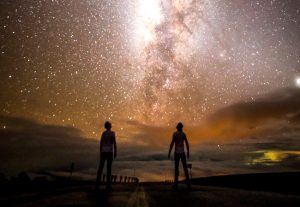 “They brought their offering before Hashem — six covered wagons and twelve oxen — a wagon for each two leaders and an ox for each — and they brought them before the Mishkan.” (7:3)

Midrash Bemidbar Rabbah teaches: “Until now, these oxen are still alive; they are not blemished, they have not aged, and they are not injured. They are alive and well. Now, learn from a ‘Kal Va’chomer’: Man brought these oxen close to Hashem to serve the Mishkan [through no initiative on the oxen’s part], yet the oxen live forever as a result. All the more so, the Jewish people, who [voluntarily] cling to Hashem [i.e., they merit eternal life]!” [Until here from Bemidbar Rabbah]

Midrash Shocher Tov adds: “These oxen exist until the future in order to collect from the wicked through them, as it is written (Tehilim 101:8), ‘La’bekarim I will cut down all the wicked of the land’.” [Until here from Midrash Shocher Tov; “La’bekarim” literally means “every morning,” but it also can mean “on account of the Bakar / cattle.”]

R’ Yeshayah Horowitz z”l (the Shelah Ha’kadosh; rabbi of Prague and Yerushalayim; died 1630) explains: The oxen referred to in our verse “collect from the wicked,” i.e., they indict the wicked. How so? Oxen are not commanded to perform any Mitzvot; nevertheless, because Man brought the oxen in our verse close to Hashem to serve the Mishkan, they merited eternal life. How much more so does man have the potential for immortality, if not for his sins. (Shnei Luchot Ha’brit: Bet David No.9)

R’ Yitzchak Ze’ev Yadler z”l (1843-1917; Yerushalayim) notes that the immortality that man can attain is inherently different that which an ox can attain. Oxen have no intellect and no soul; therefore, they have no possibility of an afterlife. An ox that becomes attached to spirituality can only be “rewarded” with eternal life in a physical form.

In contrast, man’s essence is his intellectual soul. Therefore, when man attains eternal life, it is his soul that lives, not his body. In fact, the separation of the soul and the body is a necessary step in man’s “completion.” Only at the time of Techiyat Ha’meitim, when man’s body will be have been completely purified, will the soul and body be reunited, after which they will live together forever. (Tiferet Tziyon)

The oxen that the leaders of the Tribes brought were remarkable in other ways as well. R’ Shalom Meir Wallach shlita (Bnei Brak, Israel) writes: Two of the wagons mentioned in our verse, drawn by four oxen, transported the Kerashim and Adanim / the walls of the Mishkan across the desert. By estimating the weight of these items, we can determine that each ox pulled a load of at least 25 tons [four or five times the load a normal ox pulls]. Such were the oxen the leaders brought! (Ma’ayan Ha’aggadah p.83)

“His offering was one silver bowl, its weight a hundred and thirty [Shekalim]; and one silver basin of seventy Shekalim of the sacred Shekel; the two of them filled with fine flour mixed with oil for a meal-offering.” (7:13)

The Aramaic translation and commentary Targum Yonatan writes that the “silver bowl” had thick walls, while the “silver basin” had thin walls.

The verse says, “the two of them [were] filled with fine flour,”but it does not say how much fine flour was in each. This implies that the two utensils held equal amounts of flour; in other words, their interior volumes were the same. But, their weights were different — one weighed 130 Shekalim, while the other weighed only 70 Shekalim. Thus, we can infer that the heavier one had thick walls, while the lighter one had thin walls.

The Vilna Gaon notes that there are other verses in which the Torah mentions “two” of something, and our Sages understand it to mean that the two things are equal (as the two utensils here had equal volumes). For example, in connection with the Yom Kippur service in the Mishkan and Bet Hamikdash, we read (Vayikra 16:7), “He shall take the two he-goats . . . ,” and our Sages understand that they had to be equal in height, appearance, etc. In light of this, we understand why our Sages say that the sun and the moon originally were of the same size, for we read (Bereishit 1:16), “Elokim made the two great luminaries . . .” (Kol Eliyahu: Bereishit #2)

“When Moshe arrived at the Ohel Mo’ed to speak with Him [Hashem], he heard the Voice speaking to him from atop the Cover that was upon the Ark of the Testimony, from between the two Keruvim, and He spoke to him.” (7:89)

R’ Yitzchak Arieli z”l (1896-1974; Mashgiach of Yeshivat Merkaz Harav; author of Enayim La’mishpat) writes: It is fitting that the Mishkan was dedicated in the month of Nissan, the month in which the Patriarch Avraham was born. As our verse indicates, the Mishkan was the place from which prophecy emanated. Avraham was the first person to demonstrate the “legitimacy” of prophecy — to the extent that he was willing to offer his son Yitzchak as a sacrificial offering at the behest of a prophecy. (Haggadah Shel Pesach Shirat Ha’geulah p.5)

After inquiring of your welfare with great love – Your dear letter, which brings joy to G-d and man, reached me. There are no words in my mouth, and certainly not in my pen, to convey how moved I am by the lofty thing to which you and your honorable wife have merited [the letter does not say what news the letter’s recipient had shared with R’ Brevda, but it appears to have been that the couple fulfilled some mission suggested by R’ Brevda]–the two of you, who opened your home so wide, making it a gathering place for Torah scholars, where men spoke to their friends about matters that stand at the pinnacle of the world, a gathering for the sake of Heaven, where the Shechinah resided; how good and how pleasant it is when brethren sit together. In our troubled and dark times, one cannot evaluate the resulting sanctification of G-d’s Name nor describe the importance of what you have done [by opening your home thus].

In my opinion, the fact that you, my beloved friend, wrote to me immediately, that very night, to tell me the [unspecified] good news, is greater than any of the other good things you did that day and that night. This is an example of an action which, by itself, seems trivial, but which, in fact, demonstrates hidden greatness. About this our Sages say, “There are those who acquire their world in one hour.”

There is a trait about which mussar scholars speak that is called being a “Bar Samcha” / “a person of responsibility.” This is a person on whom the Torah can rely. Such a person is qualitatively different from other people, and about him our Sages say: “There is a presumption that a Shaliach / agent accomplishes his Shelichut / mission.” Although many people perform good deeds, only the smallest minority merit the title “Bar Samcha.” These are people who fulfill every minute detail of what is asked of them and who get back with Zerizut / promptly to those who assigned them their mission. To be such a person, one must very nearly accept a yoke of slavery, the very opposite of the feeling that one is free to do as he wishes. (Igrot Shlomo p.196)