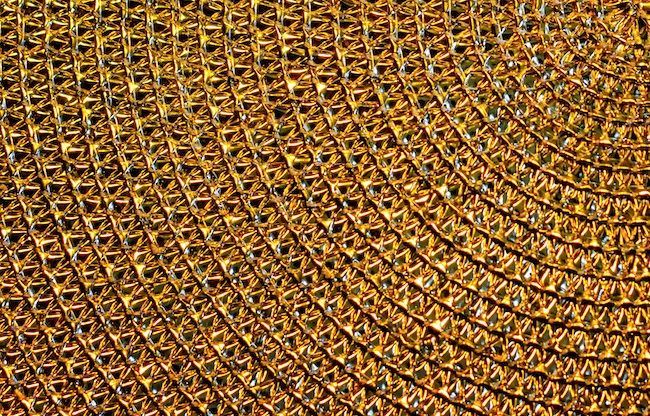 The Details Justify the Ends 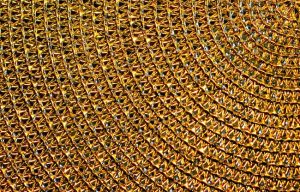 R’ Chaim Zaichyk z”l (1906-1989; Rosh Yeshiva of Yeshivat Bet Yosef-Novardok in Buchach, Poland; later in Israel) writes: How careful must a person be, especially when he becomes involved in a holy undertaking, in building for Torah, in strengthening the holiness of the Klal / general population!

He elaborates: It is common for those involved in serving the Klal to become so excited and enthusiastic about their missions that they think any means are justified to accomplish their ends. Not that they consciously permit that which is inappropriate; rather, the inappropriate seems appropriate, even admirable, because it furthers a holy end. Such a person tramples on many fundamentals of Mussar / ethical behavior, reasoning: “After all, I am building the Bet Hamikdash!” or “I am saving lives!” [Perhaps, R’ Zaichyk is not speaking of someone who is literally on his way to save a life; but, see box inside.] “The lofty end that I will achieve will atone for all the feelings I hurt and all the monetary damage I cause along the way,” a person reasons.

R’ Zaichyk continues: Our Parashah teaches that such reasoning is wrong. We read (26:15), “You shall make the planks of the Mishkan of acacia wood.” Midrash Rabbah comments: In this verse, Hashem is teaching Derech Eretz / civilized behavior to future generations. If a person wants to build his house out of fruit-bearing trees, the Torah tells him: “If the King of kings, the Master of everything, commanded that His house be built from non-fruit-bearing trees, certainly your house should be built from such trees!” This teaches that no detail is too small to ignore, no matter how important the mission. (Torat Ha’nefesh)

R’ Avraham Zvi Kluger shlita (Chassidic Mashpia in Bet Shemesh, Israel) writes: Why did Hashem command Bnei Yisrael to gather riches from the Egyptians? Gold and silver seemingly were of no use in the desert, especially as all of Bnei Yisrael’s needs were provided miraculously. True, the original plan was for Bnei Yisrael to enter Eretz Yisrael immediately, where they could have traded using these items. However, Hashem knew that Bnei Yisrael would be in the desert for 40 years! To what end did He want them to transport all this wealth through the desert with them?

R’ Kluger explains: In hindsight, we understand that the real purpose of these riches was to enable the building of the Mishkan. Bnei Yisrael recognized this; thus, at the Sea, where they gathered even more wealth from the deceased Egyptians, they sang (Shmot 15:17), “The foundation of Your dwelling-place that You, Hashem, have made; the Sanctuary, my Master, that Your hands established.”

It is noteworthy, continues R’ Kluger, that the Mishkan needed to be built using materials that had been taken from a gentile nation. The same was true of the Bet Hamikdash, as described in Divrei Ha’yamim (I 18:7-12). Even King David’s crown was not made for him; it was captured from the king of Ammon! These incidents, explains R’ Kluger, reflect one of the main purposes for which the Jewish People struggle against, and are exiled among, the nations of the world: to sanctify any “piece” of the world that can be sanctified. (This is known in Chassidic literature as “Avodat Ha’berurim” / “the service of selection,” i.e., selecting that which is holy out of that which is mundane.) Notably, much of the riches from which the Mishkan and Bet Hamikdash were built consisted of metals, which also are extracted from the ground (“earthliness”) by a process of selection and purification. (Pela’ot Edvotecha)

“They shall make a Sanctuary for Me — so that I may dwell among them. As everything that I show you, the form of the Tabernacle and the form of all its vessels; and so shall you do.” (25:8-9)

He continues: At the dedication of the first Bet Hamikdash, King Shlomo prayed (Melachim I 8:57), “May Hashem, our Elokim, be with us, as He was with our forefathers; may He not forsake us nor cast us off.” He meant: May Hashem rest His Shechinah within each of us, just as He did for our Patriarchs, who our Sages refer to as the “Merkavah” / “chariot” of the Shechinah; then, we can be sure that He will not forsake us or cast us off. On the other hand, if we sin, so that His Shechinah cannot be at home within us, then He will forsake the Sanctuary of the Temple as well.

In this light, concludes R’ Alsheich, we can understand our verses as well: “They shall make a Sanctuary for Me” in such a way that it will be permanent. How so? By permitting Me to “dwell among them.” As for the physical structure of the Sanctuary, that should be “as everything that I show you, the form of the Tabernacle and the form of all its vessels.” As for ensuring that my Shechinah dwells within you, “so shall you do,” i.e., do not think that it is beyond your capacity. (Torat Moshe)

“Into the Aron you shall place the Testimonial that I shall give you. It is there that I will set My meetings with you, and I shall speak with you from atop the Cover [of the Aron] . . .” (25:21-22)

Why was Moshe Rabbeinu told twice to place the Luchot into the Aron? And, why does the first verse mention Moshe (“you”) before the Aron, while the second verse reverses the order?

R’ Shlomo Kluger z”l (1785-1869; rabbi of Brody, Galicia) explains: The Shechinah already had rested on Moshe before he made the Aron. Thus, before the Luchot were placed into the Aron, he was more significant than it, so he is mentioned first. After Moshe would place the Luchot in the Aron, it would become the place from which Hashem’s “voice” would emanate to Moshe; therefore, it is mentioned first. (Chochmat Ha’Torah)

The Gemara (Kiddushin 38a) identifies the seventh day of Adar as the Yahrzeit of Moshe Rabbeinu. (There are Midrashim that identify other dates; see Radak z”l to Yehoshua 3:2.)

R’ Avraham Yitzchak Hakohen Kook z”l (1865-1935; first Ashkenazic Chief Rabbi of Eretz Yisrael) asks: At first glance, this is difficult to understand. The redemption of the Jewish People is hanging in the balance, and Moshe is asking Yitro’s permission to go!

He explains: The Torah is teaching that, however weighty his mission may be, a leader of the Jewish People still needs to pay attention to the nuances of etiquette and must have due respect for other people. (Quoted in Mo’adei Ha’Rayah p.225)

R’ Yitzchak Elchanan Spektor z”l (1817-1896), rabbi of Kovno, Lithuania, was considered the leading Halachic authority in Russia in the latter part of the 19th century. With R’ Yisrael Salanter z”l, he founded the Kovno Kollel, the first institution that paid married scholars a respectable stipend to continue their studies and train as future leaders and Halachic decision-makers. Today, R’ Yitzchak Elchanan, as he is referred to, is best known to many as the foremost Halachic authority to support the “Hetter Mechirah” / selling farm land in Eretz Yisrael to a non-Jew for the duration of the Shemittah year. In his days, however, Jews from around the world sought his advice on all types of Halachic and other matters affecting the Jewish People, as a whole, or their specific communities, as the letter below illustrates. This letter is printed in Igrot R’ Yitzchak Elchanan No. 133.

After inquiring about his welfare [a common salutation] — Your letter of 3 Menachem Av reached me yesterday, and I was pleased by the good news that there is a realistic hope to unite all of our brethren, natives of Russia and Poland, and to hire a Chief Rabbi for New York. After all, the foundation of our faith and holy Torah is only unity. Through unity and a Chief Rabbi who is a Gaon / great sage in Torah, fear of G-d, and wisdom, there is hope to uplift the honor of Torah and Judaism even in America. I pray that it will be Hashem’s will that this holy desire come to fruition successfully, and that you will be among those who bring merit to the public, building up and glorifying the Torah and Judaism. May the merit of the multitude come to your assistance and protect those who are involved in this effort . . .

Regarding the choice of a Gaon who is lofty in all respects and suitable for this position, and who will be willing to accept the position, I cannot give you a quick answer. This matter requires a great deal of deliberation. When I do find a clear path to making a decision, I will hurry to notify you of my opinion.

The one who speaks for the sake of the Torah and Judaism, who blesses you with long life and Shalom and with success in all matters, who awaits Hashem’s salvation for the Klal and individually . . .