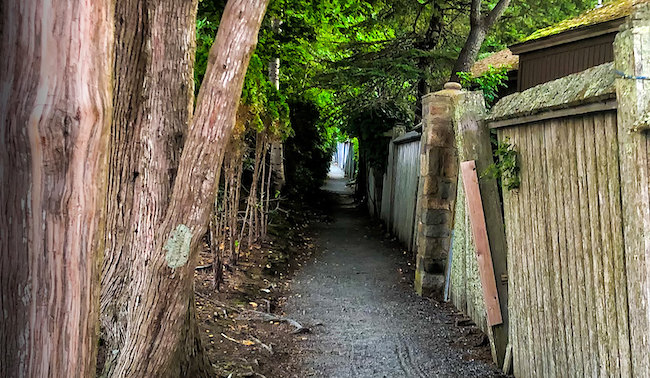 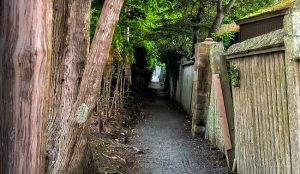 This week, we continue the book of the Torah devoted to the laws of Korbanot / sacrificial offerings. Based on verses in our Parashah such as, “This is the Torah of the Olah / burnt-offering” (Vayikra 6:2); “This is the Torah of the Minchah / meal-offering” (6:7); and similar verses, the Gemara (Menachot 110a) derives that: “If one studies the Torah section dealing with the Korban Olah or the Korban Minchah or another Korban, the Torah views it as if he brought that offering.” [Until here from the Gemara]

Rabbeinu Bachya ben Asher z”l (Spain; 1255-1340) writes: Our Sages refer to one who examines the meaning of the verses, who searches for what they are hinting and conveying. In that way, the “eyes of his mind” will be enlightened, and they will grasp wonders in the verses discussing the sacrificial offerings. That, in turn, will inspire one to try harder to observe the Torah and Mitzvot, and his sins will be forgiven as if he brought a Korban. The Gemara cannot be referring to someone who just reads the verses superficially without looking into their meaning.

Rabbeinu Bachya continues: This is the meaning, as well, of statements such as (Berachot 4b), “One who recites ‘Tehilah Le’David’ every day is guaranteed a portion in the World-to-Come.” [This refers to “Ashrei,” which we recite thrice daily because of this Gemara.] The idea is that if one reflects on the meaning of the verses, he will recognize G-d’s wonders and will strengthen his own Emunah and his own Divine service; then he will merit Olam Ha’ba. (Rabbeinu Bachya Al Ha’Torah)

[As noted on the front page, the Gemara (Menachot 110a) derives from this verse and similar verses that: “If one studies the Torah section dealing with the Korban Olah or the Korban Minchah or another Korban, the Torah views it as if he brought that offering.”]

R’ Moshe Cheifetz z”l (Italy; 1664-1711) writes: Studying a Korban’s laws cannot fully substitute for offering that Korban, because, even if one fulfills his obligation to Hashem thereby, the Kohanim are nevertheless deprived of their share, i.e., the meat they would have received from each offering were the Bet Ha’mikdash standing. Thus, the only offering that can be replaced fully by studying is the Olah, which is burnt entirely on the altar and not eaten by the Kohanim. That is why our verse adds: “it is the Olah-offering,” – the Torah of the Olah-offering is like the offering itself. (Melechet Machshevet)

Rashi z”l writes: This refers to one who brings an offering on account of a matter that requires thanksgiving, i.e., on account of a miraculous deliverance that he experienced, specifically: one who made a sea-voyage, one who traveled in the wilderness, one who was in prison, or one who was sick and was healed. [Until here from Rashi]

R’ Menachem Mendel Schneerson z”l (1902-1994; Lubavitcher Rebbe) asks: Rashi’s stated goal is to explain the Peshat / “simple meaning” of the verses. If so, what forced Rashi to interpret our verse as referring to someone who experienced a miracle? Maybe anyone who needs to thank Hashem should bring a Todah offering!

Still, why did Rashi limit the obligation to bring a Todah offering to one who experiences specific miracles? The Lubavitcher Rebbe explains: Moshe Rabbeinu was speaking to the Generation of the Desert, which saw miracles every day, including the Mahn, the Clouds of Glory, and the Well of Miriam. If all miracles required a Todah offering, they would have needed to bring a Todah every day, and that, too, is not plausible. (Be’urei Ha’Chumash)

“What is left over from the flesh of the feast-offering on the third day shall be burned in the fire.” (7:17)

The Peshat of this verse commands us to burn the leftovers of a Korban once the time allotted by the Torah for eating it has expired.

R’ Menachem Mendel Stern z”l (rabbi of Sighet, Hungary; died 1834) interprets the verse allegorically: We are taught that, on Shabbat, one may “repair” the weekdays that preceded it. We also are taught that the “light” of the previous Shabbat lasts through the third day of the week, whereas the “light” of the coming Shabbat begins to appear on the fourth day of the week. Therefore, says our verse, be sure that whatever is left over from the previous week that needs to be repaired is eradicated by the “third day,” i.e., the third day of the new week.

Even that, notes R’ Stern, is not the ideal. Preferably, says the preceding verse, “it must be eaten on the day he offered his feast-offering.” If one has something to repair or fix – i.e., a need to repent – he should do so on the very same day that he sinned. (Derech Emunah)

“Behold! I am sending you Eliyahu the prophet, before the great and awesome day of Hashem.” (Malachi 3:23 – Haftarah for Shabbat Ha’gadol)

R’ Avraham Yoffen z”l (1887-1970; Rosh Yeshiva of the Novardok Yeshiva in Bialystok, Poland; New York and Yerushalayim) writes: This verse reminds us of Moshe Rabbeinu’s announcement to Bnei Yisrael in Egypt that they would be redeemed. The fact that our Sages enacted reading this on the Shabbat before Pesach teaches us that, in this month of redemption, we not only must remind ourselves anew of the Exodus from Egypt, we also must prepare ourselves for the future redemption. The roots of the future redemption are found within the Exodus, as the Gemara (Sanhedrin 91b) observes in connection with the verse (Shmot 15:1), “Then Moshe and Bnei Yisrael will sing.” The Gemara notes: The verse does not say, “sang,” as would have been appropriate for an event that occurred long ago at the Yam Suf, but rather, “will sing.” This is an allusion in the Torah to the future Techiyat Ha’meitim / Resurrection of the Dead. [Until here from the Gemara]

Therefore, continues R’ Yoffen, it is incumbent upon us, as we busy ourselves with remembering the Exodus, to also examine our present state and determine whether we are preparing ourselves for the Redemption. We must ask ourselves whether we have fulfilled (Shmot 12:21), “Draw forth and buy for yourselves a sheep for your families, and slaughter the Pesach-offering,” according to the interpretation of the Midrash Mechilta: “Draw yourselves away from false gods and cling to Mitzvot.”

R’ Yoffen continues: The Haftarah speaks of a general malaise in the Jewish People’s service of G-d; for example (3:13), “You said, ‘Serving Elokim is useless, and what did we gain from keeping His charge or from walking submissively before Hashem, Master of Legions?” The prophet speaks of a world where it appears that dishonesty does pay, where successful people take advantage of widows and orphans without consequence to themselves; a world that advances in all areas of science, leading it to deny the existence of higher values.

In such an age, one might think that the quality of our Mitzvot does not matter; as long as we are going through the motions of performing Mitzvot, G-d is pleased. To counter this view, writes R’ Yoffen, the prophet says (3:18), “Then you will return and see the difference between the righteous and the wicked, between one who serves Elokim and one who does not serve Him.” The Gemara (Chagigah 9b) teaches that “one who serves Elokim” refers to a person who reviews his learning 101 times, while “one who does not serve Him” refers to a person who reviews his learning “only” 100 times. Each additional bit of effort that is put into a Mitzvah is noticed by Hashem and makes a difference. Hashem values every single good deed, even a single good word, and, on the other hand, the depth of G-d’s judgment for any laxity in serving Him is great. No detail is ignored! (Ha’mussar Ve’ha’da’at: Shmot/Vayikra p.143)