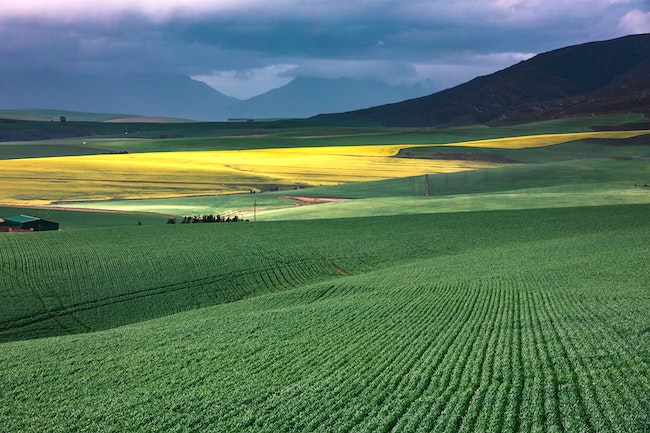 This Land is My Land? Your Land? 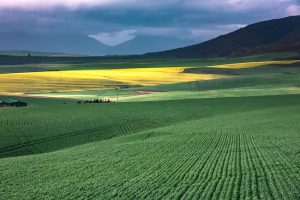 The Katz family
on the yahrzeits of
Avigdor Moshe ben Avraham Abba Hakohen Katz a”h
and the other Kedoshim of Oyber Visheve, Hungary, Hy”d

R’ Yerachmiel Shulman z”l Hy”d (Menahel Ruchani of the Bet Yosef-Novardok Yeshiva in Pinsk, Poland; killed in the Holocaust) writes: Possibly, there was no greater tragedy for 19th century Russian Jewry than the “Cantonist Decree,” under which Jewish children were kidnaped and impressed into decades of oppressive military service. How then can we imagine that a Jew would “kidnap” himself and sell himself as a slave to a heathen? Clearly, R’ Shulman answers, the Torah is not describing a punishment for violating the Shemittah. Rather, it is describing a form of madness that comes upon one who abandons the Torah. One who lets go of the Torah a little bit is at risk for eventually letting go completely, followed by letting go of his common sense and even his very humanity, the Torah warns.

R’ Shulman continues: Without the foregoing explanation, it would be difficult to understand why the consequences of violating the Shemittah are so harsh. After all, observing the Shemittah–watching strangers freely picking the produce in one’s fields–is an incredibly difficult challenge. Moreover, the Torah seems to send conflicting messages: For six years, the fields are private property. In certain circumstances, the Torah even permits killing an intruder to protect one’s private property. Then, suddenly, the seventh year arrives and private fields become free for all?!

The answer, R’ Shulman writes, is that the Torah is teaching us a healthy attitude towards money: Private property is recognized and respected, but a person also must know how to restrain his desire for money. One who works on his Middot / character traits–such as the negative Middah of “Chemdah” / covetousness discussed here–in accordance with the Torah will live a life of sanity. Without the Torah’s safeguards, the world becomes an insane place where a Jew could even sell himself as a slave to a heathen. (Letter “Bet” printed at the beginning of Peninei Ha’chochmah)

“Speak to Bnei Yisrael and say to them, ‘When you come into the land that I give you, the land shall observe a Sabbath rest for Hashem. For six years you may sow your field and for six years you may prune your vineyard, and you may gather in its crop. But the seventh year shall be a complete rest for the land . . .’” (25:2-4)

R’ Eliezer Dovid Gruenwald z”l (1867-1928; rabbi and Rosh Yeshiva in Oyber Visheve, Hungary and other towns) writes: These verses seem out of order: First the Torah should say that we may work our fields for six years; then it should say that the seventh year should be a sabbatical! Why does it first say, “The land shall observe a Sabbath rest for Hashem”?

He explains: A Midrash records that the Torah complained to Hashem, “When Bnei Yisrael enter the Land, this one will turn to his home, and this one will turn to his vineyard. What will become of me? [Who will study Torah when Mahn no longer falls and the Jewish People need to work for their livelihoods?]” Hashem appeased the Torah: “I have given them Shabbat so that they will have a day on which to engage in Torah study.” [Until here from the Midrash]

This, continues R’ Gruenwald, is alluded to in our verses. The “Sabbath rest” referred to in verse 2 is not the Shemittah; that is mentioned expressly in verse 4. Rather, verse 2 is reminding us of the importance of observing Shabbat after we have entered Eretz Yisrael and begun working our fields.

In addition, this verse sheds light on the reason for the Mitzvah of Shemittah. Even if you have observed the “Sabbath rest,” i.e., you have devoted Shabbat to Torah study while working on the weekdays–that is only for six years. In the seventh year, even the weekdays should be like Shabbat–devoted to Torah study. (Keren Le’Dovid)

“For Bnei Yisrael are servants to Me, they are My servants, whom I have taken out of the land of Egypt–I am Hashem, your Elokim.” (25:55)

R’ Yaakov Chagiz z”l (1620-1674; Morocco, Italy, and Turkey) writes that perhaps this verse means: “Bnei Yisrael are servants to Me”–they are already My servants, as is everyone in the world, because I created them. Moreover, “They (Bnei Yisrael) are My servants”–they owe special loyalty to Me because I took them out of the land of Egypt.

This, continues R’ Chagiz, certainly obligates us to have Yirah / fear and awe of Hashem, to sit before Him as servants sit before their master. Moreover, this should motivate a person to want to serve Hashem. Because of the importance of these lessons, concludes R’ Chagiz, belief in the Exodus is the key principle in the Torah. (Orach Mishor ch.1)

Following the Tochachah / rebuke and curses in Parashat Ki Tavo, Moshe Rabbeinu comforts Bnei Yisrael (Devarim 29:9), “You are standing today, all of you, before Hashem, your Elokim . . .” Rashi z”l explains: “When Yisrael heard the ninety-eight curses, besides the forty-nine in Sefer Vayikra [i.e., in our Parashah], their faces turned pale. They exclaimed, ‘Who can possibly withstand these?!’ Therefore, Moshe began to calm them, ‘See! You are standing before Hashem today!”–Many times you have provoked the Omnipresent to anger and yet He has not destroyed you. Rather, you still continue in His presence. [Until here from Rashi]

R’ Amram Zvi Gruenwald z”l (1907-1951; Dayan / rabbinical court judge in Oyber-Visheve, Hungary and rabbi in the Fernwald D.P. camp) asks: Why is the Tochachah in our Parashah not followed by words of comfort?

He answers: The Tochachah in our Parashah is followed immediately by the instruction to appraise the assets of a person who vows to donate his worth to the Bet Hamikdash but does not have enough wealth to fulfill his vow completely. The Halachah is that such a person must be left with the tools of his trade and enough assets to sustain himself. This, writes R’ Gruenwald, is the “missing” expression of comfort after the Tochachah, for it teaches that Hashem never abandons a Jew completely. (Zichron Amram Zvi)

Midrash Rabbah (beginning of Parashat Va’etchanan) teaches that there are ten different words for prayer:

[We will iy”H discuss these different types of prayer in future issues.]

R’ Shimshon Dovid Pinkus z”l (rabbi of Ofakim, Israel; died 2001) writes: Just as a person should not be content to study one tractate of Talmud his entire life–rather, he should pursue broad Torah knowledge–so one should utilize multiple forms of prayer, as appropriate for the occasion (besides ensuring that he prays with Kavanah and in accordance with all the laws of prayer). If a person has an urgent need for which to pray, knowing the correct form could mean the difference between being answered or not being answered.

For example, in the second blessing of Shemoneh Esrei, we praise Hashem as the one who heals the sick. One who pours his heart out for his sick relative when he says those words is not utilizing prayer properly, for that blessing is a place for praising Hashem, not for making requests. (She’arim B’Tefilah p.1)