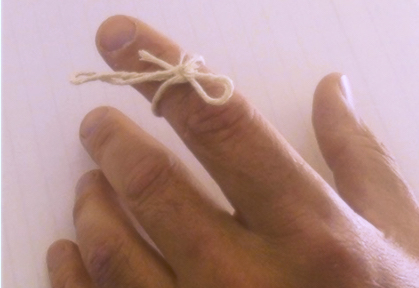 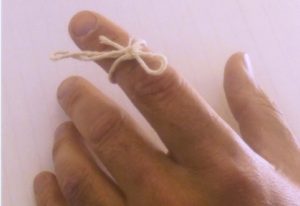 R’ Rubin continues: In light of this, we can better understand Moshe’s prayers. First, Moshe prayed (32:13), “Remember for the sake of Avraham, Yitzchak, and Yisrael . . .” Avraham is known for his attribute of Chessed; Yitzchak, for Gevurah; and Yaakov, for Torah–corresponding to the first three aspects of the sin. Also, Moshe prayed (32:32), “Now, if You would but forgive their sin!–but if not, erase me from Your book that You have written.” The second phrase, ”Erase me from Your book,” corresponds to the offense against Moshe. And, the phrase, “Forgive their sin! — but if not,” corresponds to the sin against Hashem’s loftiness, saying: This part, only You can atone. (Derashot Nachalat David, Drush 1)

“[Hashem] said, ‘Behold! I make a covenant: Before your entire people I shall do wonders such as have never been created in the entire world and among all the nations . . .’” (34:10)

R’ Yitzchak Isaac Chaver z”l (1789-1852; rabbi of Suvalk, Lithuania) writes: There are two types of Hashgachah / Providence–i.e., two ways that Hashem interacts with the world. Sometimes He performs hidden miracles which, to the undiscerning eye, appear to be coincidence or “in the course of nature.” The Purim story is the paradigm for this type of interaction. At other times, Hashem performs open miracles, of which the Exodus is the paradigm.

R’ Chaver continues: After the sin of the Golden Calf, Hashem said that He would send an angel before Bnei Yisrael. An angel, like nature, is a messenger of Hashem. Thus, in effect, Hashem was saying: I will not perform miracles openly, only in a hidden manner. Moshe protested this plan of Hashem’s and, ultimately, Hashem acquiesced, saying: “Before your entire people I shall do wonders such as have never been created in the entire world and among all the nations”–i.e., open miracles. Only after Moshe’s death did Hashem reinstate His earlier plan and begin to interact with Bnei Yisrael indirectly, through hidden miracles. (Be’er Yitzchak: Devarim 18:22)

R’ Chaim of Volozhin z”l (Belarus; 1749-1821) writes: The Gemara (Nedarim 38b) teaches that, at first, Moshe Rabbeinu would forget the Torah that he had learned, but then it was given to him as a gift. The Gemara (Eruvin 54a) teaches that one merits this gift through humility.

Thus, R’ Chaim notes, nowhere in the Torah is Moshe cautioned to review his Torah learning. He did not need to do so, because it was given to him as a gift. In contrast, his student and successor, Yehoshua, was admonished (Yehoshua 1:8): “This Book of the Torah is not to leave your mouth. You shall contemplate it day and night.” (Ruach Chaim 1:1)

R’ Aharon David Goldberg shlita (Rosh Hayeshiva of the Telshe Yeshiva in Cleveland, Ohio) adds: The radiance on Moshe Rabbeinu’s face when he descended from Har Sinai reflected the gift of remembering what he had learned. This is consistent with the teaching of R’ Chaim of Volozhin (in Nefesh Ha’Chaim 1:15) that when a person’s soul makes its home in his body, he merits to remember everything he learns. However, when he sins, as Bnei Yisrael did by making the Golden Calf, part of his soul leaves his body to goes to reside “above,” and then he does not merit to remember his learning to the same degree.

A Midrash teaches that the radiance on Moshe’s face came from the ink that was left over when he wrote the verse (Bemidbar 12:3), “Now the man Moshe was exceedingly humble.” The Hebrew word for “humble” (“Anav”) should be spelled Ayin-nun-yud-vav. However, in his humility, Moshe (with Hashem’s permission) omitted the letter “Yud,” as if to suggest that his humility was incomplete. The leftover drop of ink that would have been the Yud spilled on Moshe’s head and caused his face to be radiant [until here from the Midrash]. R’ Goldberg notes that this is consistent with what was stated above, for, as noted, the Gemara teaches that the ability to recall one’s Torah learning, which is what Moshe’s radiance indicated, comes from being humble. (U’vacharta Ba’chaim Al Ruach Chaim p.21)

R’ Yitzchak Arieli z”l (1896-1974; Mashgiach of Yeshivat Merkaz Harav; author of Enayim La’mishpat) writes: We say in the prayer “Nishmat” (on Shabbat morning and at the Pesach Seder): “Even if our mouths were full of song . . . we would be unable to thank You.” The feelings within one’s soul are always greater than one can express, R’ Arieli explains. Some part of man’s feelings always remains unexpressed. Similarly, there was leftover ink on Moshe’s quill, and that was the source of his radiance [i.e., there was some part of the Torah he learned that he could not pass on]. (Haggadah Shel Pesach Shirat Ha’geulah p.91)

From the Haftarah (for Parashat Parah) . . .

“I shall take you from the nations and gather you in from all the countries, and I shall bring you to your Land. And I shall sprinkle pure water upon you, that you be cleansed; From all your contamination and from all your filth I will cleanse you.” (Yechezkel 36:24-25)

There is a well-known dispute between two Sages of the Mishnah, Rabbi Eliezer and Rabbi Yehoshua, whether the ultimate redemption will come as a result of our repentance, or even without our repentance. R’ Yitzchak Arieli z”l (see above) writes: As with any dispute among the Sages, “Both opinions are the words of the living Elokim.” R’ Yehuda Loewe z”l (Maharal of Prague; died 1609) writes that the future “holy kingdom of Yisrael” will arise from a kingdom which is not holy. This means, writes R’ Arieli, that the redemption will begin without repentance, and that itself will inspire repentance, which will lead to the complete redemption. As our verses say: First, “I shall take you from the nations”; then, “I shall sprinkle pure water upon you, that you be cleansed.” (Haggadah Shel Pesach Shirat Ha’geulah p.9)

This year, we will iy”H devote this space to discussing various aspects of our prayers. This week, we continue addressing the subject of “Kavanah.”

Rabbeinu Asher z”l (1250-1327; Germany and Spain; one of the three “pillars” of Halachah on whose works the Shulchan Aruch is based) writes: Concentrate during prayer, for it is the service of the heart. If your son would speak to you, but not from his heart, would you not be upset? All the more so, you, who are like nothing before the King of the universe!

He continues: Do not be like a slave who was given fine work to perform, and who ruined it; how will he stand before the king?

He adds: It would be good to ask forgiveness for the way one asks for forgiveness.

He concludes: If one is unable to have Kavanah for the entire prayer, at least he should concentrate during the first blessing of Shemoneh Esrei and when reciting the verse, “Shema Yisrael.” (Orchot Chaim No. 36)

R’ Simcha Zissel Ziv z”l (1824-1898; the Alter of Kelm) asks: How can it be sufficient to have Kavanah during the first blessing only? During prayer, one requests his needs from Hashem. To do this properly, one must have Emunah / faith in his heart that everything is in Hashem’s “hands,” that He is the Master of everything, and no one else can provide a person’s needs. [Seemingly, this requires concentration!]

He answers: The first Berachah of Shemoneh Esrei sets forth the foundation of our Emunah–that Avraham, Yitzchak, and Yaakov recognized their Creator, that the world has a Director, and that He is the “Cause of all causes.” Once a person implants this Emunah in his heart during the first blessing, it will be a given that there is no one else to whom he could make his requests. Even if he is unable to maintain Kavanah in his active thoughts for the entire prayer, it becomes the foundation for all the later blessings once he implanted it in his mind during the first blessing. (Quoted in Orach Yesharim Al Orchot Chaim)