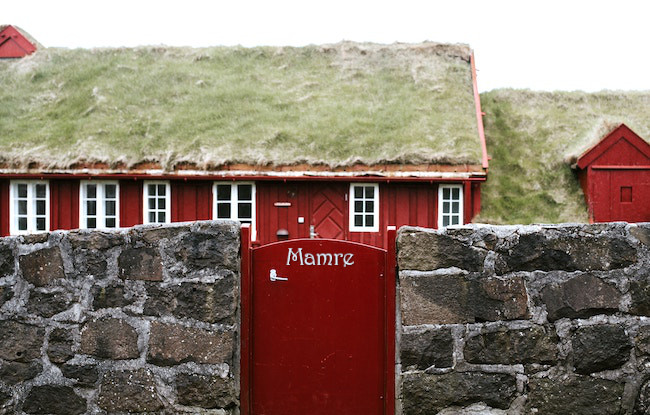 Why Ask Mamre Whether to Fulfill G-d’s Command? 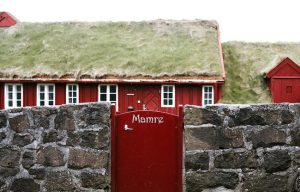 These divrei Torah were adapted from the hashkafa portion of Rabbi Yissocher Frand’s Commuter Chavrusah Tapes on the weekly portion: #1093 – Tefilah B’Tzibbur: Must You Start Shmoneh Esrai Exactly with the Tzibbur? Good Shabbos!

The pasuk at the beginning of the Parsha says, “Hashem appeared to him (Avraham) in the plains of Mamre while he was sitting at the entrance of the tent in the heat of the day.” [Bereishis 18:1] Rashi explains why Mamre receives honorable mention in this pasuk recording the Almighty’s appearance to Avraham Avinu: Mamre was the person who gave Avraham advice regarding circumcision. Mamre had a covenant with the patriarch Avraham and when Avraham consulted with him regarding G-d’s command to circumcise himself at age 99, Mamre advised him to go ahead with the operation. To recognize this role of Mamre, the Torah records here that G-d appeared to Avraham in the plains of Mamre.

Many of Rashi’s super-commentaries—including Rav Eliyahu Mizrachi—ask the obvious question: How are we to understand the implication that Avraham consulted with Mamre regarding G-d’s mitzvah of Milah? It seems inconceivable that the pious patriarch who was willing to do anything for the Master of the Universe would feel a need to check with his friends before carrying out an unambiguous command from Hashem.

The Maharal, in his Gur Aryeh, gives two answers to this question. First, he says the patriarch did it to preempt criticism from his contemporaries that “Avraham acted without counsel.” Certainly, there was no doubt that he would go ahead with the circumcision regardless of what his friends advised him. However, he wanted to fend off societal reaction that he “rushed into a rash action.” Therefore, Avraham publicly sought out a prestigious person with whom he consulted so that no one could accuse him of taking this significant action without first going through a thought-out rational process. The Maharal says that this is the same reason that it took Avraham Avinu three days to get to Har Hamoriah. Had he responded to Hashem’s command to slaughter his son by immediately slaughtering his son in his back yard, people would have said, “he was making a rash decision in a perturbed frame of mind without thinking through its implications and long-term consequences.” Since Avraham undertook a 3-day journey prior to carrying out the Divine command, it was clear to everyone that he had engaged in a thought-out, rational process.

Second, the Maharal says that Aner, Eshkol, and Mamre had an alliance with Avraham (they were Ba’alei Bris with each other) and it is inappropriate for any member of an alliance to initiate a major action or activity independently without first consulting with the other members of the alliance. When friends do something crucial in their lives, they share it first with one another. Again, this is not because Avraham considered for a moment doing anything other than what the Almighty commanded him, but it is just proper protocol for a ba’al bris—which is much more than just a friend—to provide the others with a “heads up” before initiating independent action of a momentous nature.

Let us say you decide to move to Eretz Yisrael. Here you are, you are established in the community. You decide you are going to pick up yourself and your family and make Aliyah. Tavo alecha bracha [May blessing come upon you.] However, it is only right that before this becomes public knowledge, you go to your closest friends and associates and tell them, “Listen, I have made a big decision. We are moving to Eretz Yisrael.” It is not that you are asking for their permission or even their opinion. But it a natural and appropriate rule of social etiquette to not let your closest friends hear such momentous news about you from others, or after the fact. That is the way friends treat each other. They share with one another their secrets and their plans. G-d willing, when your daughter becomes a bride and it becomes public knowledge, your best friends should not hear about it in shul—they should hear it from you!

In Parshas Lech Lecha, Rav Yaakov Kamenetsky put a different spin on this answer. He cites a Gemara [Nedarim 32a]: When Avraham Avinu received the command “Walk before me and be perfect” [Bereishis 17:1], he began to tremble. He was frightened. Rav Yaakov explains – what was he frightened about? Rav Yaakov brings a Gemara in Sanhedrin [89b] that when Avraham Avinu was on the way to the Akeida, the Satan appeared to him and tried to deter him. The Satan knew it would be futile to tell Avraham “Don’t do it!” Instead he told him, “Avraham, have you lost your mind? You—the person who has been the promoter of monotheism and Chessed [kindness] in the world—you are going to slaughter your son? Do you know what is going to happen, Avraham? You will lose every single baal teshuva that you ever made! They will all say, ‘The man is cruel. He is a sadist! He is barbaric!’ Avraham, how can you engage in human sacrifice? What will everyone say about you?” This is the type of argument that could appeal to most people. “You are going to destroy your life’s work. You are going to make a chilul Hashem.”

The Gemara says that Avraham responded to the Satan, “I will walk in my innocence” (Ani b’tumi eilech). In other words, Avraham told him, “You have a good question, but I am listening to the Ribono shel Olam. When G-d tells me something, I do not ask any questions.”

Rav Yaakov Kamenetsky says that the same attitude prevailed by the circumcision. Avraham Avinu had no doubt that he was going to do the milah. His doubt, however, was, “What kind of impression will this make on people? It may look like my G-d is a barbaric G-d. He asks me to circumcise myself at age 100.” Therefore, the whole query that Avraham placed before his ba’ale bris was: Should I do this act publicly or privately? He could have put out the word that he was going to Eilat for a few days, then go ahead and circumcise himself far away from any acquaintances, and come back a week or two later to Beer Sheva. No one would have had to know about G-d’s command or his following through on it.

This is why he ran the idea by Aner, Eshkol, and Mamre. He openly told them that G-d commanded him to enter into a Covenant with Him via circumcision. Avraham wanted to hear their opinion as to the expected reaction of society, if word got out about this command and his intention to fulfill it. Mamre told him “If Hashem told you to do it, it must be good for you. People know how G-d loves you. They will understand, and if they don’t, don’t worry about what people say. Do it publicly! “