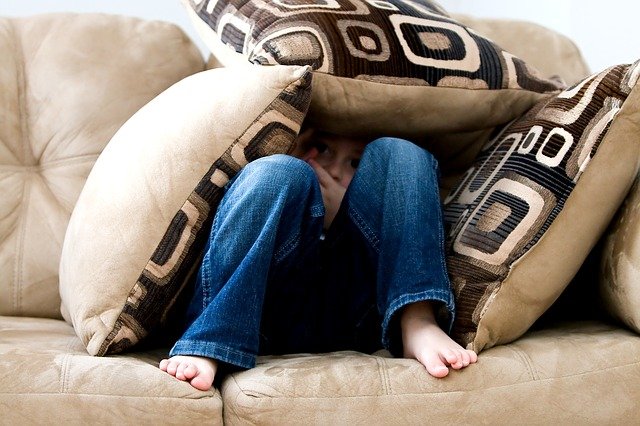 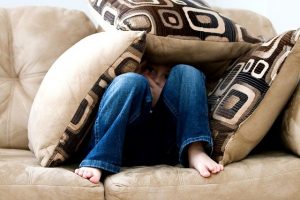 In this week’s Parashah, we read how Yitzchak favored his wicked son Esav and sought to bless him. Many commentaries ask: how could Yitzchak (seemingly) have been fooled by Esav?

R’ Gikatilla continues: Although the attribute associated with Yitzchak is “Pachad” / “Fear” [which is associated with Strict Justice], that attribute of G-d is intended for the good of the Jewish People, for its saves us from Gehinom. Therefore it is written (Mishlei 28:14), “Fortunate is the man who experiences Pachad always.”

R’ Gikatilla adds: This also explains why Yitzchak asked Esav to bring him food to eat before he blessed Esav. Usually, one eats after praying! Yitzchak’s intention was to help him focus his blessings purely on the enjoyments of the material world, so that Esav’s descendants would inherit this world and persecute Yaakov’s offspring–for the latter’s own benefit in the long run.

Why, then, did G-d arrange for Yaakov to receive the blessings? Because, R’ Gikatilla explains, if Esav alone had received the blessings, the persecution at his hands would have been too much too bear. The Strict Justice that Yitzchak represents–though for our own good–is too strict. This is the idea behind Avraham, who represents Chessed / Kindness “binding”–i.e., constraining–Yitzchak (“Strict Justice”) at the Akeidah. (Sha’arei Orah: Sha’ar 5)

“The lads grew up and Esav became one who knows hunting, a man of the field; but Yaakov was a wholesome man, abiding in tents.” (25:27)

Rashi z”l explains: As long as they were young, they could not be distinguished by what they did, and no one paid much attention to their characters. But, when they turned thirteen, one [Yaakov] went to the house of learning and the other [Esav] went to temples of idolatry. [Until here from Rashi]

R’ Shlomo Zalman Auerbach z”l (1910-1995; one of the leading halachic authorities of the 20th century) said at a Bar Mitzvah celebration: We understand why, immediately upon becoming a Bar Mitzvah, Yaakov dedicated himself to Torah study. After all, our Sages say the Bar Mitzvah day is when the Yetzer Ha’tov/ good inclination enters a person. But, it seems from Rashi’s words that immediately, on that same day, Esav turned into an idolator. How did this happen on the very day when Esav received the Yetzer Ha’tov?

R’ Yitzchak Traube shlita (Kiryat Belz, Yerushalayim) writes, citing many Chassidic works and earlier sources, that the Yetzer Ha’tov actually is present in a person before he is born. After all, the well-known Gemara teaches that babies study Torah in the womb. However, when a child is born, the Yetzer Ha’tov departs, and the Yetzer Ha’ra enters. Why? Because the very purpose of our existence is to bring “light” into a “dark” world. And, the greater the “darkness,” the more stark is the “light” that follows. Therefore, of necessity, the “darkness” must precede the “light.” (Mesilot B’ohr Ha’chassidut: Bar Mitzvah p.29)

Why is no Berachah recited on the Mitzvah of honoring parents?

(1) A parent is permitted to forego his or her honor; thus, if there were a Berachah, a child might recite it only to find that there is no Mitzvah to perform.

(2) The standard formulation of a Berachah on a Mitzvah is: “Who has sanctified us [i.e., distinguished us] through His Mitzvot.” Since gentiles also honor their parents, this is not a Mitzvah that distinguishes us.

(3) Our Sages recognize that a child’s obligation to his parents is so far-reaching that it is virtually impossible to perform the Mitzvah properly; therefore, no blessing is recited. (Pesakim U’teshuvot 240:1)

“‘Ve’yiten / And may Elokim give you of the dew of the heavens and of the fatness of the earth, and abundant grain and wine.’ . . .

“Then Yitzchak trembled in very great perplexity, and said, ‘Who– where–is the one who hunted game, brought it to me, and I partook of all when you had not yet come, and I blessed him? Indeed, he shall remain blessed!’

“When Esav heard his father’s words, he cried out an exceedingly great and bitter cry, and said to his father, ‘Bless me too, Father!’

But he said, ‘Your brother came with cleverness and took your blessing.’

He said, ‘Is it because his name was called Yaakov that he outwitted me these two times? — He took away my birthright and see, now he took away my blessing!’ Then he said, ‘Have you not reserved a blessing for me?’” (27:28, 33-36)

Why did Yitzchak want to bless Esav, who was wicked? Also, the conversation between Yitzchak and Esav in the above verses seems repetitive. What were they saying? R’ Nosson Friedlander z”l (1808-1883; Maggid / preacher in Taurage, Lithuania, who traveled throughout Europe speaking, writing, and fund-raising for the resettlement of Eretz Yisrael) explains:

[R’ Friedlander’s answer begins with a long and complex discussion of the Halachot of inheritance, from which he concludes:] If a father tells his Bechor / firstborn son that he is giving him another son’s share of the inheritance as a “Matanah” / “gift,” Halachah will interpret that as making the older son a guardian for the younger son, not as giving the older son the younger son’s share outright. In contrast, if a father tells his younger son that he is giving him the Bechor’s share as a Matanah, it becomes the property of the younger son outright. [R’ Friedlander’s explanation of this Halachah is beyond the scope of this publication.]

Yitzchak did not know that Esav had sold the birthright; he believed that Esav was the Bechor, and he wanted to bless Esav, the firstborn, in order to make him a guardian for Yaakov, the younger brother, so that the latter could focus on Torah study. That is why Yitzchak’s blessing begins with the word, “Ve’yiten,” which has the same root as “Matanah.” Thus, when Yitzchak found out that he had given the Matanah to Yaakov, the younger brother, instead, he believed that it was too late to bless Esav, since he had given the younger brother the older one’s share as a Matanah.

At first, Esav did not understand; therefore, in verse 34, he asks Yitzchak to bless him nevertheless. In verse 35, Yitzchak explains to Esav what the problem is. Therefore, in verse 36, Esav reveals his secret: “In fact, Yaakov is the firstborn, not me! As such, you can bless me!” (Kos Yeshuah Ve’nechamah, in Kitvei Rabbi Nosson Friedlander I p.108)

The Gemara (Yevamot 64a) and Midrash Rabbah teach: “Why were our Patriarchs and Matriarchs unable to have children? Because Hashem desires the prayers of the righteous.”

Rabbeinu Nissim ben Reuven Gerondi z”l (Spain; 1320-1376) explains the Gemara’s question and its answer: It is evident that Yitzchak did not marry Rivka by chance; the entire series of events described in last week’s Parashah leaves no doubt that they were destined to marry. Yet, Hashem had promised that Yitzchak would father a great nation. How, then, did Hashem give Yitzchak a wife who could not have children?

The Gemara answers, Rabbeinu Nissim explains: Hashem desires the prayers of Tzaddikim, for this unites their souls with their Creator. (Derashot Ha’Ran No.2)

R’ Yechezkel Levenstein z”l (1895-1974; Mashgiach Ruchani in the Mir Yeshiva in Shanghai and the Ponovezh Yeshiva in Bnei Brak) elaborates: Our Gemara states that G-d, so-to-speak, desires prayer. A Midrash states similarly that the reason Hashem allowed Bnei Yisrael to be cornered on the shores of the Yam Suf was so that they would cry out to Him as they had in Egypt. Obviously, writes R’ Levenstein, our Sages do not mean that Hashem does these things to force us to pray the standard, obligatory prayers. Rather, Hashem wants us to talk to Him, to bond with Him, to form a relationship. (Ohr Yechezkel: Emunah p.177)