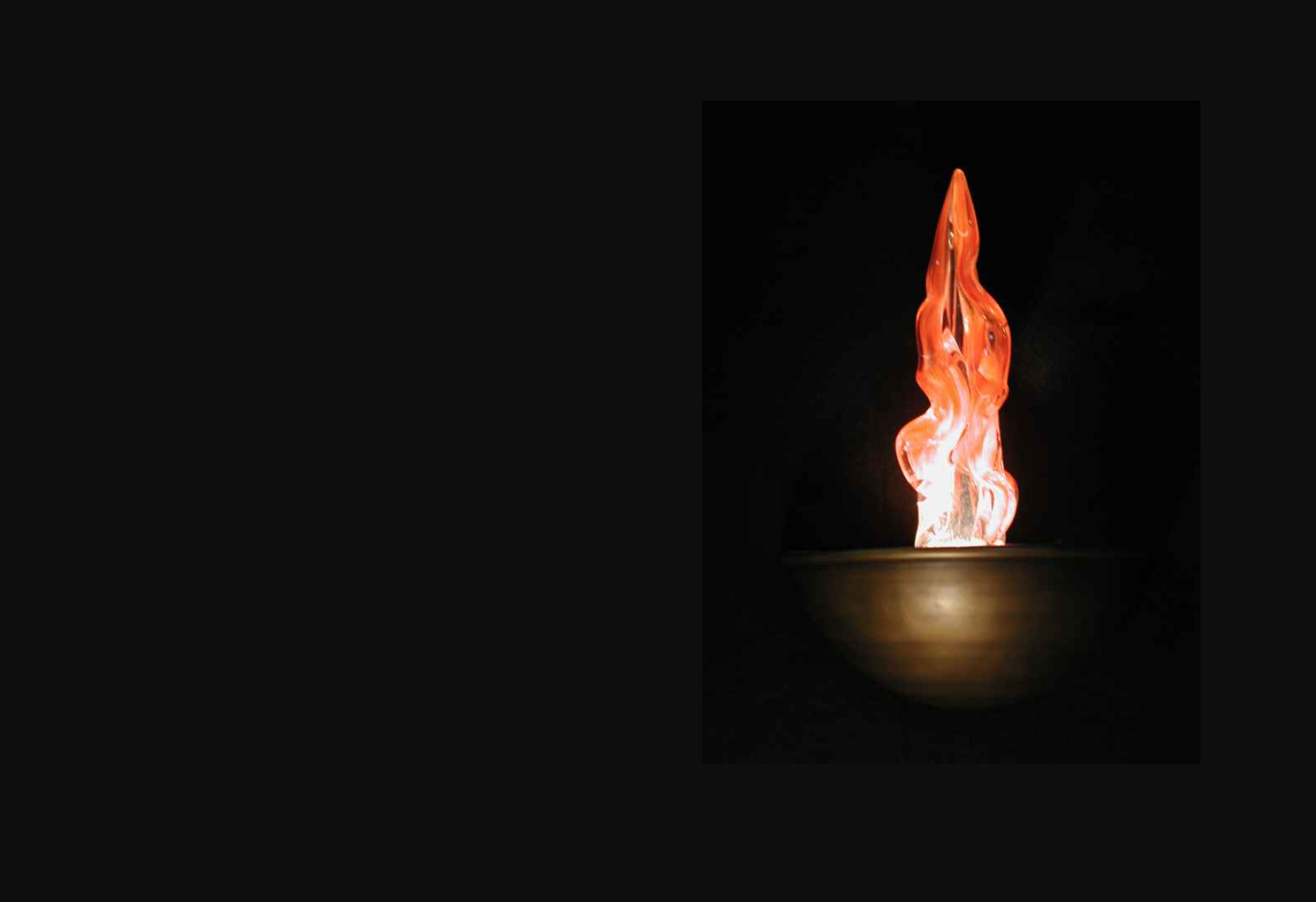 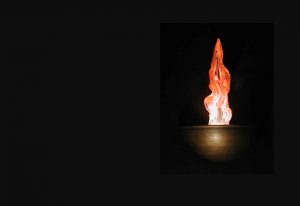 We wish our readers a Chag Kasher Ve’same’ach!
Our next issue will appear iy”H
the week of Shabbat Parashat Shemini / April 9-10.

In this week’s Parashah, we continue learning about the Korbanot / sacrificial offerings. R’ Yitzchak Arama z”l (Spain; died 1494) writes: Just as physical food sustains the body, so Mitzvot associated with food sustain the soul. These include eating at a Seudat Mitzvah (e.g., a Brit Milah, Siyum, or wedding), observing Kashrut, reciting Berachot, and eating with the intention of gaining the strength to serve Hashem. Similarly, when one brings a sacrifice with the proper intentions, alongside performing the sacrificial service in accordance with Hashem’s instructions, he “feeds” his soul and makes it a receptacle for the Shechinah. (Akeidat Yitzchak 57)

R’ Arama writes further: Mitzvot serve both specific and general purposes. For example, each Korban has a specific purpose–a Chatat for atonement, etc. When the Bet Hamikdash is not standing, the specific benefits of bringing Korbanot are not available to us. More generally, however, all Mitzvot teach us lessons that are eternal. Korbanot, which require specific intentions, teach us about devoting our hearts to Hashem.

He elaborates: The Gemara teaches that prayer now fulfills the role that once was fulfilled by the sacrificial service. They have much in common, for just as offerings were burnt on the altar, so one must “ignite” his heart and pray with “fire.”

One might ask, R’ Arama continues: Why is there a Mitzvah to pray? If I want something from G-d, I will ask Him; if not, not! He answers: Like bringing a sacrifice, the immediate benefit is not the main goal. True, one who brings a sacrifice attains atonement, but more important is the resulting closeness to Hashem. Likewise, the ultimate purpose of prayer is not to get something in response. Rather, it is to strengthen our Bitachon / trust in Hashem, for one who prays necessarily acknowledges that Hashem exists, that He has the ability to answer one’s prayer, and that He is watching over us and is involved with us. (Akeidat Yitzchak 58)

“He shall remove his garments and don other garments, and he shall remove the ash to the outside of the camp, to a pure place.” (6:4)

Rashi z”l writes: This is not mandatory; rather, it is Derech Eretz / etiquette, so that the Kohen does not, through removing the ashes from the altar, soil the garments in which he regularly serves at the altar. In the clothes he wore when he boiled the pot for his master [a menial task], he should not also pour a glass of wine for him [an honorable task].

R’ Moshe ben Nachman z”l (Ramban; 1194-1270; Spain and Eretz Yisrael) comments: I do not know where Rashi sees that this is not mandatory. Surely, it is a Mitzvah dictated by the respect a servant owes his master!

R’ Yehuda Loewe z”l (Maharal of Prague; died 1609) defends Rashi: Ramban’s objection would be correct if the Kohen were first taking out the ashes and then working on the altar. Rashi, too, agrees that a servant should not perform a menial task for his master and then pour him a glass of wine while wearing the same soiled clothes. Here, however, the service on the Mizbe’ach–specifically, Terumat Ha’deshen / removing a shovelful of ashes from the altar–is already completed before the Kohen takes the ashes out of the camp. In that situation, it is “merely” proper manners to change clothing, but not mandatory. (Gur Aryeh)

Rabban Shimon ben Gamliel said: I served my father all my days, but I did not serve him one-hundredth as well as Esav served his father, Yitzchak. I would serve my father wearing soiled clothes and then change into clean clothes when I needed to go out. When Esav would serve his father, he would wear royal garments, saying, “My father’s honor demands nothing less!”

R’ Hominer continues: R’ Moshe Chaim Luzzato z”l (Ramchal; 1707-1747) writes in Mesilat Yesharim, “If that is how one dresses when serving a human being [i.e., how Esav dressed when serving his father], certainly one should wear honorable clothing when standing [in prayer] before the King of Kings, the Holy One, blessed is He, and certainly one should sit before Him as one sits before a king.” (Eved Ha’melech)

R’ Yaakov Yosef Waldstein shlita writes: R’ Yosef Shalom Elyashiv z”l (1910-2012; Yerushalayim) observed that some of the “elders of the precious people of Yerushalayim” used to leave the Holy City on the morning of Erev Pesach so they would not be within the city limits on the afternoon of that day, when it was time to offer the Korban Pesach. They did this, R’ Elyashiv explained, because R’ Moshe ben Maimon z”l (Rambam; 1135-1204; Spain and Egypt) rules that sacrifices may be offered even when the Bet Hamikdash is not standing. Thus, those elders held, we are required to bring the Korban Pesach even today; we do not do so only because we do not know where the altar is supposed to be, we do not have pedigreed Kohanim, and, even if we did, we do not have priestly garments for them to wear, and similar considerations. True, one who is prevented from performing a Mitzvah by factors beyond his control is exempt. However, Rambam rules that one who is in Yerushalayim but is unavoidably prevented from bringing the Korban Pesach is more culpable than one who is not in Yerushalayim at all when it is time to offer that sacrifice. Therefore, they left Yerushalayim.

R’ Elyashiv continued: In my opinion, it is not necessary to leave Yerushalayim. The anonymous sage known only as “a Levi from Barcelona” (Spain; 13th century) writes in Sefer Ha’chinuch that the Mitzvah to build the Bet Hamikdash applies only when the majority of the Jewish People live in Eretz Yisrael. Building an altar, said R’ Elyashiv, is part of building the Bet Hamikdash. Thus, there is no Mitzvah to build an altar today, when the majority of Jews live outside of Eretz Yisrael. It follows, said R’ Elyashiv, that we are not unavoidably prevented from offering a Korban Pesach; rather, we have no such Mitzvah today, since there is no Mitzvah to build an altar.

R’ Waldstein adds parenthetically: Someone once asked R’ Elyashiv whether he should observe the stringency of the “elders of the precious people of Yerushalayim” and leave the city on the morning of Erev Pesach. R’ Elyashiv responded, based on the Gemara (Chullin 105a) regarding Mar Ukva, who waited “only” six hours between meat and milk, whereas his father would wait until the next day. Why didn’t Mar Ukva adopt his father’s stringency? R’ Elyashiv asked. Because his father observed many other stringencies as well, and Mar Ukva did not consider himself to be on his father’s level. [Mimicking one stringency of a Tzaddik is not what the Torah wants from us.] Similarly, R’ Elyashiv said, only if one observes all the stringencies of the afore-mentioned elders should he also observe the stringency of leaving Yerushalayim on the morning of Erev Pesach. [Otherwise, it is merely mimicry, and is not meaningful.] (Mishnat Ish: Leil Ha’Seder p.5)

This year, we will iy”H devote this space to discussing various aspects of our prayers. In his work, Derech Chaim, R’ Menachem di Lonzano z”l (late 16th century; Italy, Turkey, and Eretz Yisrael) identifies ten factors that affect one’s concentration during prayer. (Numbers 1-7 were presented in prior weeks.) He continues:

The eighth: Entering. When someone is praying and someone else walks in, the one entering disturbs the Kavanah of the one who is praying. Many people make this mistake when they come to Shul late and enter while the congregation is reciting Shema or Shemoneh Esrei. By doing so, they interrupt the concentration of those who are declaring the Oneness of our Creator (in Shema) or those who are praying to Him (in Shemoneh Esrei). Therefore, one should be careful not to enter Shul during Shema or Shemoneh Esrei. [See Mishnah Berurah ch.262]

By the same token, R’ di Lonzano writes, one who is praying privately should choose a location where he can be confident that he will not be disturbed.

The tenth: Time. One’s prayer should take no less than the amount necessary to make each request slowly, with proper Kavanah. If one does not devote the proper amount of time or if he rushes through the words, he will be unable to concentrate. If I had the courage, R’ di Lonzano adds, I would proclaim that the time our Shuls allocate for prayer is inadequate.