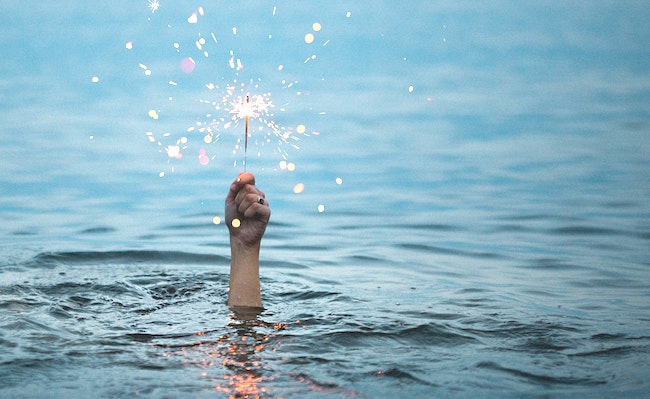 A New Kind of Miracle 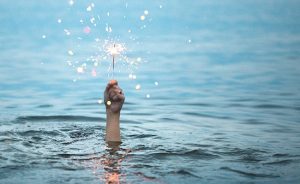 At the end of last week’s Parashah, after Pharaoh refused to release Bnei Yisrael and instead intensified their oppression, Moshe asked Hashem, “Why have You sent me?” Hashem answered: “Now you will see what I shall do to Pharaoh, for through a strong hand he will send them out, and with a strong hand he will drive them from his land.” At the beginning of this week’s Parashah, Hashem continues: “I am Hashem. I appeared to Avraham, to Yitzchak, and to Yaakov as Kel Shakkai . . .” What was Moshe’s question, and how did Hashem answer it?

R’ Zelig Reuven Bengis z”l (1864-1953; rabbi in Lithuania; later rabbi of Yerushalayim’s Eidah Ha’chareidis) explains: Usually, when Hashem performs a miracle, He does so within nature. For example, some of the Avot and Imahot / Patriarchs and Matriarchs were unable to have children. Hashem did not just give them children; He cured them, and they had children naturally. Likewise, before Hashem punishes a nation for its sins, He destroys its guardian angel; then the nation collapses “naturally.”

Here, Hashem acted differently: He planned to destroy the Egyptian nation without destroying its guardian angel in order to demonstrate His mastery over all beings and forces. Pharaoh hardened his heart precisely because he saw that Egypt’s guardian angel had not been vanquished. And Moshe, who did not know Hashem’s plan, asked why Hashem sent him to Pharaoh prematurely. Hashem answered: My plan is to demonstrate My “strong hand.” True, I appeared to the Avot as “Kel Shakkai,” a Divine Name that denotes acting through nature, but My plan now is different. Why? Because I do in fact want to take Bnei Yisrael out of Egypt prematurely, before the 400 years are up, so the Name “Hashem,” denoting My attribute of mercy, is called for. (Li’flagot Reuven: Haggadah Shel Pesach p. 75)

“Hashem said to Moshe, ‘Say to Aharon: “Take your staff and stretch out your hand over the waters of Egypt–over their rivers, over their canals, over their reservoirs, and over all their gatherings of water, and they shall become blood . . .”’” (7:19)

Rashi z”l comments on our verse: Because the river had protected Moshe when he was cast into it [as an infant], he did not strike it, neither at the plague of blood nor at that of frogs; rather, Aharon struck it.

Likewise, Rashi comments regarding the plague of lice (Shmot 8:12): The dust did not deserve to be struck by Moshe because it had protected him when he slew the Egyptian, whose body he hid in the sand; therefore, it was struck by Aharon. [Until here from Rashi]

Rashi’s comments, which are themselves based on Midrashim, are commonly understood to mean that Moshe felt a debt of gratitude to the water and the sand, so he did not strike them. R’ Yerucham Levovitz z”l (Mashgiach Ruchani of the Mir Yeshiva; died 1936) writes: Some ask, “How does the concept of showing gratitude apply here? In any event, the water and the dust would be struck! What difference does it make if it was Moshe or Aharon who did it?”

R’ Levovitz answers: If we understood that man’s Avodah / Divine service is to develop “Kochot” / “powers” or “traits,” not just to perform actions, we would not ask such questions. Of course a person must perform Mitzvot and comply with all Halachot, but that is the bare minimum. Hashem is looking for much more.

For instance, our Sages say that Hashem chose Moshe as the leader because of the empathy that Moshe showed when he went out to see the welfare of his brethren (see Shmot 2:11). How many times did Moshe do this? Only twice, and no more! Did showing empathy twice really qualify Moshe as a leader? The answer is: Of course not! Rather, what qualified Moshe as a leader was that Hashem saw how deeply that empathy was ingrained in Moshe’s personality. The two occasions when Moshe exhibited that trait were merely examples of what he was capable of; those examples were not themselves what qualified him for leadership, R’ Levovitz writes.

R’ Levovitz continues: King Shlomo teaches (Mishlei 6:6) that one should learn industriousness from an ant. But, says a Midrash, some ants store more food than they could eat in hundreds of lifetimes. Is that a trait we should emulate? That is lunacy! Nevertheless, explains R’ Levovitz, the trait of industriousness itself is what King Shlomo is glorifying.

Likewise, R’ Levovitz writes, showing gratitude to water and dust may seem like lunacy if one views them as isolated actions. However, if a person has made the trait of feeling and showing gratitude part of his essence, which is what really matters, he necessarily will feel gratitude to inanimate things also, as Moshe did. (Da’at Torah Vol. II p.9)

R’ Yosef Bechor Shor z”l (France; 12th century) writes: It seems to me that the Nile turned to blood for a very short time only. The fish died in the blood, and then the River turned back into water. The proof of this is that the verse does not say that the Egyptians could not drink because the River was blood; rather, they could not drink because the water was foul [from the dead fish]. Moreover, the Torah says that the Egyptian magicians also turned water to blood. Where did they get water with which to do that? It must be that the River turned back into water almost immediately. (Bechor Shor)

R’ Shmuel Yaakov Borenstein z”l (1946-2017; Rosh Yeshiva of Yeshivat Kiryat Melech in Bnei Brak, Israel) elaborates: R’ Bechor Shor must mean that the main Nile turned back into water, but that the downstream branches of the Nile Delta remained blood, for the verse says, “The blood was throughout the land of Egypt.” In this light, we can understand the Middah-K’negged-Middah / measure-for-measure nature of this plague. Pharaoh was comfortable denying G-d’s authority because he felt secure that the Nile would provide all of Egypt’s needs. Indeed, the Nile’s dependability emboldened Pharaoh to declare himself divine (see Yechezkel 29:3). Middah-K’negged-Middah, Hashem turned the Nile into a source of death, carrying blood into all the streams and canals it fed. (Haggadah Shel Pesach Zot L’Yaakov p.142)

“Behold, the hand of Hashem is on your livestock that are in the field, on the horses, on the donkeys, on the camels, on the cattle, and on the flock — a very severe Devver / epidemic.” (9:3)

R’ Aharon Shmuel Assad z”l (1830-1905; rabbi of Szerdahely, Hungary) explains: In the last Pasuk in Parashat Shmot, Hashem says, “Through a strong hand he will send them out, and with a strong hand he will drive them from his land.” This suggests two strong hands, each with separate consequences. Indeed, our Sages teach that Bnei Yisrael stopped working as slaves halfway through the ten plagues, i.e., after the plague of Devver, the first “strong hand.” Then, after the second “strong hand,” the plague of the firstborn, Pharaoh released Bnei Yisrael entirely. This explains, as well, the verse (3:19), “I know that the king of Egypt will not allow you to go, not through a strong hand,” i.e., I know he will not let you go after the first “strong hand.” (Haggadah Shel Pesach Eish Dat Yehuda p.86)

This year, we will iy”H devote this space to discussing various aspects of our prayers. This week, we continue to examine the structure of our daily prayers.

Likewise, the Sages instituted that a person should pray one prayer at night, because the limbs of the afternoon Tamid were consumed [by the fire on the altar] all night long. . . [This prayer] Arvit [also known as “Ma’ariv”] is not an obligation like Shacharit and Mincha; nevertheless, it is the custom of all of the Jewish People wherever they live to pray Arvit, and they have accepted it upon themselves as an obligation.

They also established a prayer after Mincha, close to sunset, on fast days only, in order to add pleading and beseeching due to the fast day. This prayer is called Ne’ilah, that is to say, “The gates of the heavens Nin’alu / have closed around the sun. . .” [We recite this only on Yom Kippur.]

These prayers are the minimum, but one may add to them. If one wants to pray all day long, he has that right. [Today, we do not do this.] Any prayers that he adds are like voluntary sacrificial offerings that a person brings. Therefore, [in such an additional prayer,] one must add something new in each of the middle blessings [of Shemoneh Esrei, i.e., the fourth through sixteenth blessings, which contain our requests]. . . In the first three and last three blessings, one may never add anything [personal], subtract anything, or change a word. (Hilchot Tefilah 1:5-7, 9)