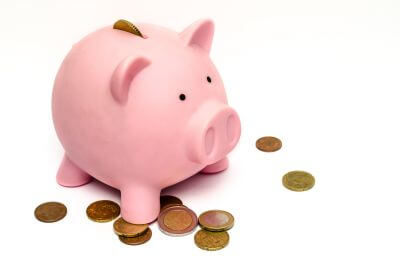 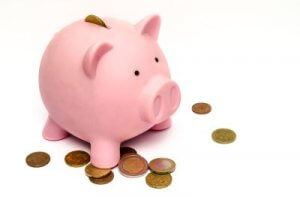 In this week’s Parashah, we read of the journey of Avraham’s servant, Eliezer, to find a wife for Yitzchak. The Torah relates (24:10), “Then the servant took ten camels of his master’s camels and set out . . .” Rashi z”l comments that Avraham’s camels were distinguishable from other camels because they were muzzled to avoid robbery, i.e., so they should not graze in other people’s fields.

R’ Shlomo Wolbe z”l (1914-2005) teaches: This was an innovation that Avraham introduced. Greatness, explains R’ Wolbe, is not measured by a person’s thoughts, but by his behavior and deeds. A great person’s behavior is different from that of the people around him. Avraham showed the world what a camel should look like when it goes out in public. If a camel was muzzled, one could say, “That is Avraham’s camel.”

R’ Wolbe continues: Throughout the Book of Bereishit we see how our Patriarchs and Matriarchs were careful about monetary matters. Yaakov lived in his father-in-law’s house for 20 years, yet, when Lavan searched Yaakov’s possessions, he did not find a single item that belonged to him (Lavan) (see Bereishit 31:17). Likewise, we read in next week’s Parashah that Rivka prepared two goats for Yaakov to take to Yitzchak (as part of their plan for Yaakov to get the blessings). Our Sages say that those goats belonged to Rivka. Even when the future of the Jewish People was at stake, Rivka used her own goats, R’ Wolbe notes. Had she not had those goats, she would not have done what she did, regardless of what was at stake. (Shiurei Chumash)

Rashi explains: Eliezer ran towards her “because he saw that the waters rose in the well when she approached it.”

R’ Shlomo Goldman z”l (1869-1945; Zvhiller Rebbe) observes: Even after Eliezer saw the waters in the well rise miraculously to meet Rivka, he still tested her character by requesting, “Let me sip . . .” This teaches us that, when choosing a spouse, it is more important to focus on good Middot / character traits than on miraculous signs. (Yesod Tzaddik)

“He said, ‘Come, blessed of Hashem! Why should you stand outside when I have cleared the house, and place for the camels?’” (24:31)

Rashi explains: “I have cleared the house”–of idols.

R’ Yaakov Moshe Charlap z”l (1882-1951; rabbi of Yerushalayim’s Sha’arei Chessed neighborhood and Rosh Yeshiva of Yeshivat Merkaz Harav) observes: Even Lavan–the speaker in our verse–understood that in order to have Avraham’s servant as a guest, he had to get rid of his idols. Until one purifies his house, there is no room for holiness. (Mei Marom)

This verse contains a Krei U’chtiv, a word that tradition tells us to pronounce differently than it is spelled in the Torah. Specifically, the word as written could be translated “He placed,” but we read it “It was placed.”

R’ Nosson Yehuda Leib Mintzberg z”l (1943-2018; rabbi and Rosh Yeshiva in Yerushalayim and Bet Shemesh, Israel) explains: The way the word is spelled in the Torah indicates that the action was performed by a known person–in this case, Eliezer’s host, who ordered that he be fed. The way we pronounce the word indicates that the action was performed by an anonymous person–in this case, a servant. That is the explanation for the distinction on the level of Peshat.

On the level of Drush, the difference between the spelling and the pronunciation provides a source for the Midrash teaching that Rivka’s relatives poisoned Eliezer’s food, but an angel switched Eliezer’s plate with that of Rivka’s father, Betuel, who then died (see Rashi to 24:55). The spelling indicates that the food was placed before Eliezer by a known person–his host. The pronunciation indicates that Eliezer’s actual plate was served to him by an invisible hand–the angel’s. (Ben Melech)

Why did Eliezer need to say, “‘I will not eat until I have spoken my piece’? True, food was placed before him, but the verse does not mention that anyone was pressing him to eat!

R’ Yitzchak z”l of Murten (12th or 13th century; one of the Ba’alei Ha’Tosafot) answers: This teaches Derech Eretz / proper behavior–when a host puts food in front of a guest, the guest should eat it without being told to eat.

How then could Eliezer refuse to eat until he had spoken his piece? Does not the Gemara (Pesachim 86b) instruct a person to do whatever his host tells him? Perhaps the answer is that since Eliezer had taken an oath before Hashem to find a wife for Yitzchak, he needed to fulfill that obligation first. (Moshav Zekeinim)

“He held discussions with Yoav son of Tzeruyah and with Evyatar the Kohen; and they supported and followed Adoniyah.” (Melachim I 1:7)

R’ Gamliel HaKohen Rabinowitz-Rappaport shlita (Rosh Yeshiva of Yeshivat Sha’ar Ha’shamayim in Yerushalayim) writes: Yoav, David’s general, and Evyatar, the former Kohen Gadol, sided with Adoniyah in his rebellion, each for personal gain. Yoav knew that King David was angry at him for killing Avner, Amasa, and Avshalom, and he was afraid that David would instruct his heir, Shlomo, to punish Yoav–as indeed happened (see Melachim I 2:6–the Haftarah for Parashat Vayechi). For his part, Evyatar had been removed as Kohen Gadol when the Urim V’tumim would not answer him, and he hoped to get his position back.

R’ Rabinowitz continues: The Gemara (Sanhedrin 49a) and the Talmud Yerushalmi (Makkot 7a) both speak of Yoav’s righteousness, and we must be wary of judging him. Nevertheless, “Torah hee, u’lilmodah anu tzerichim”/ our verse was written to teach us something, and we are obligated to learn its lesson. That lesson is how powerful bias and self-interest are–even causing great people like Yoav to err and make incorrect choices. Certainly we, therefore, should not think that we are above being influenced by personal biases. (Tiv Ha’haftarah)

R’ Rabinowitz explains: Perhaps the reason Bat Sheva bowed down to her husband, King David, before pleading on behalf of her son Shlomo was to demonstrate that she accepted David as her king no matter what answer he would give her. There is an important lesson here for us, R’ Rabinowitz continues: When we come before our King, Hashem, with our requests–whether for our children’s needs, wealth, health, Shidduchim / matches, Shalom Bayit / domestic harmony, or Nachas from our children–we must take care that our prayers are said with proper humility and subjugation to Hashem. It must be clear that we have requests, but not, G-d forbid, demands or complaints. While we are not permitted to bow down physically, except at the places in Davening where our Sages have told us to do so, we can and should “bow” in our hearts throughout our prayers, R’ Rabinowitz concludes.

One of the fundamental texts about Bitachon is Chovot Ha’levavot: Sha’ar Ha’bitachon by Rabbeinu Bachya ibn Pekudah z”l (Spain; early 11th century). R’ Yisrael Lipkin z”l (1810-1883; “R’ Yisrael Salanter”; founder of the Mussar movement) is quoted as saying that Sha’ar Ha’bitachon is not only a work of Mussar / character improvement, but also a work of Halachah / law. R’ Matisyahu Solomon shlita (Mashgiach Ruchani of Beth Medrash Govoha in Lakewood, N.J.) explains: Like a Halachic work, Sha’ar Ha’bitachon is meant to directly influence how a person behaves and how one comes close to Hashem or, G-d forbid, distances oneself from Hashem (by not acting in accordance with the dictates of Bitachon). For example, R’ Solomon writes, Bitachon dictates how one divides his time between working to earn a living and studying Torah. One who finds the proper balance comes closer to Hashem, while one who does not find the proper balance distances himself from Hashem.

R’ Solomon continues: It is important to understand that Emunah and Bitachon are not feelings that a person has. Rather, they are modes of behavior that a person must work to acquire. The first step is knowing the meaning of the words. “Emunah” means “faith” or “belief.” Bitachon is usually translated, “trust,” but it actually is more than that; it connotes a sense of “security” and “confidence” that comes from knowing that one has a capable and trustworthy Being on whom to rely (referring, of course, to Hashem). One who has Bitachon necessarily possesses Emunah also, for one cannot rely on G-d without believing in Him. The reverse is not true; one can possess Emunah but lack Bitachon.

A person who possesses Bitachon is calm, because he knows that no one and nothing can hurt him or interfere in his activities unless G-d has so decreed. If Bitachon were not already a Mitzvah, we would need to invent it as the best therapy for nerves, R’ Solomon observes. Bitachon is for our good, not something we do for Hashem, he adds. (Matnat Chelko p.2)