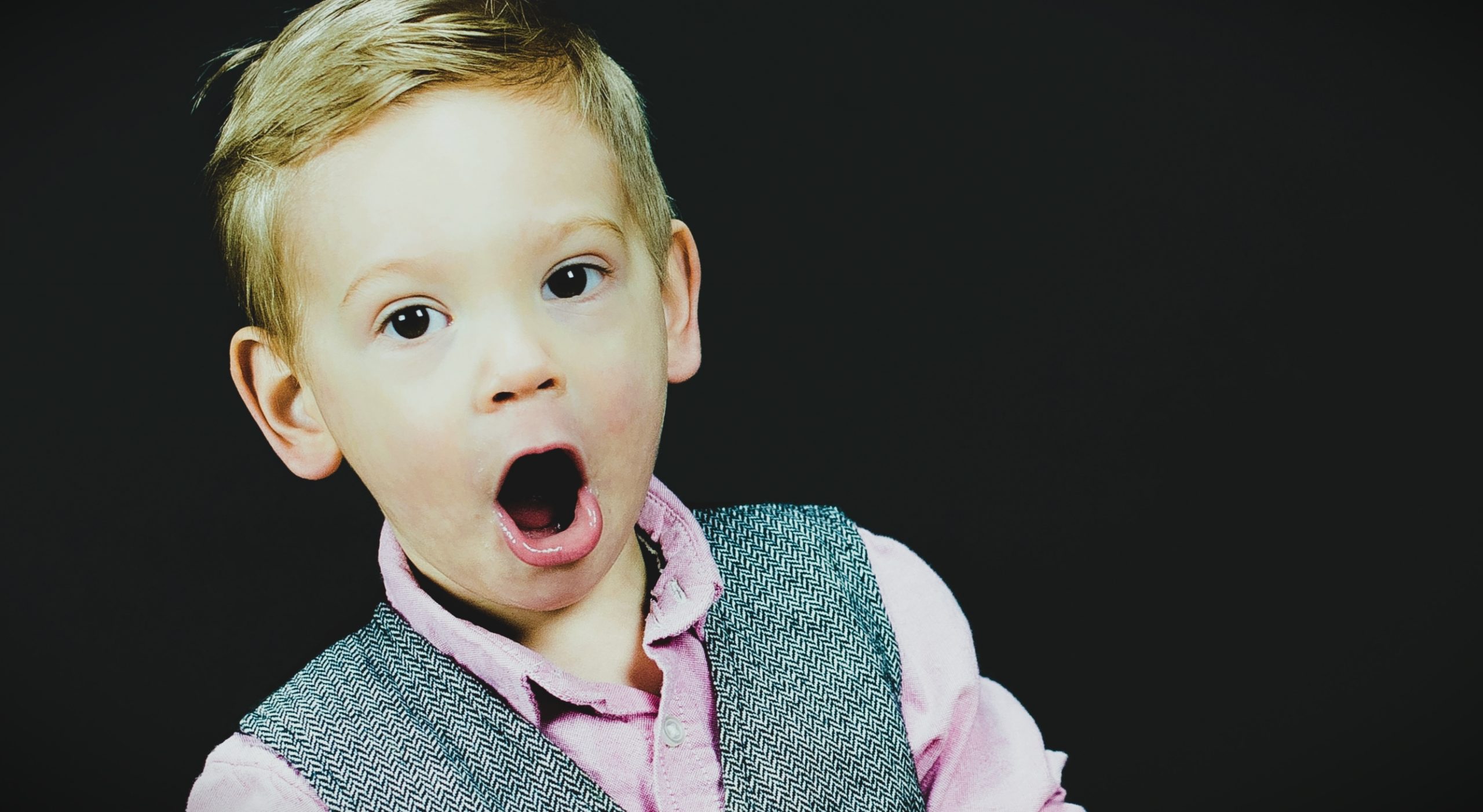 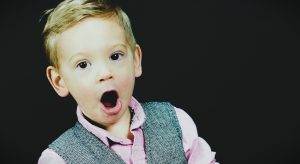 One of the laws in this week’s Parashah is that of the “Nazir,” introduced with the words: “Ish oh ishah ki yafli” / “A man or a woman who shall disassociate himself . . .” R’ Avraham ibn Ezra z”l (1089-1164) observes that the word “Yafli” also can mean: “Who does wonders.” He explains that a Nazir, who disassociates himself from wine, is doing something wondrous–unlike the typical person, who is controlled by the pursuit of pleasure.

One can be a Nazir for as few as 30 days. What is so wondrous about abstaining from wine for only 30 days? asks R’ Yitzchak Leib Kirzner z”l (1951-1992; Mashgiach Ruchani of Yeshivat Rabbeinu Yaakov Yosef in Edison, N.J.). We might be impressed if a person abstained from all delicacies for 30 days, but from wine alone?!

There is no doubt a Nazir has done something special. A Nazir is not permitted to come in contact with the dead because, says the Ba’al Ha’turim, there is a possibility that a Nazir will experience Ru’ach Ha’kodesh / Divine Inspiration, and we do not want anyone to suspect that his visions result from necromancy! Also, a Nazir who completes his term is required to bring a sin-offering to atone, according to Ramban, for stepping down from his high level. But, what has a Nazir done that is so special?

R’ Kirzner answers: A human is a partnership between a body and a Neshamah / soul. Ideally, the body “understands” that its role is to be subservient to, and supportive of, the Neshamah. The status of Nazir is intended for someone who recognizes that the relationship between his body and Neshamah is not as it should be, that his body has become a priority. It is not that abstaining from wine for 30 days is so impressive; it is the fact that this person came to the recognition that some action is needed to fix the body-Neshamah relationship that is impressive. A person who can recognize that fact, which too few people do, is on the road toward achieving Ru’ach Ha’kodesh. (Ma’oz La’tam)

“Speak to Bnei Yisrael and say to them, “A man or woman who shall dissociate himself by taking a Nazirite vow of abstinence [from wine] for the sake of Hashem’.” (6:2)

Rashi z”l writes: Why does the section of the Parashah dealing with the Nazirite follow immediately after the section dealing with the Sotah / a woman who is suspected of adultery? To teach that he who has once seen a Sotah in her disgrace should abstain from wine, because wine may lead to adultery. [Until here from Rashi]

R’ Yitzchak Leib Kirzner z”l (see above) asks: To the contrary! One who sees the disgrace of the Sotah should not need any further motivation to behave properly!

He explains: Although we know in the abstract that there are sinners and that they will be punished, actually meeting a person who has committed a serious sin can have a negative impact on a person. (R’ Kirzner writes that there are many proofs to this idea in Tanach, but that they are beyond the scope of his discussion.)

Additionally, if Hashem has arranged that a certain person will be in the Bet Hamikdash at the very moment when the Sotah is disgraced, it is a sign that Hashem wants that person to act on this “coincidence.”

Lastly, when a person has a significant experience, he should not let it pass without sanctifying himself in some way in order to preserve the feelings he experienced in the moment. (Ma’oz La’tam)

R’ Moshe Shmuel Glasner z”l (1856-1924; rabbi of Klausenberg/Cluj, Romania) asks: The Kohanim did not own land; rather, they were supported by the various Matnot Kehunah / gifts that the Torah requires Yisra’elim and Levi’im to give to the Kohanim. Therefore, when the Kohanim bless Yisrael with financial success, G-d’s favor, and with peace, which is what the Birkat Kohanim / Priestly Blessing addresses, the Kohanim will necessarily enjoy the fruits of that blessing as well. Why, then, does the Gemara say that the blessing does not benefit the Kohanim?

Before the Kohanim bless the congregation, they recite a Berachah, just as we do before performing many Mitzvot (Tzitzit, Tefilin, Sukkah, Lulav, etc.). This Berachah is unique, however, for it ends with the words: “And He commanded us to bless His people, Yisrael, with love.”

Where, asks R’ David Cohen shlita (Rosh Yeshiva of the Chevron Yeshiva in Yerushalayim), does the Torah command the Kohanim to bless Bnei Yisrael “with love”? He explains:

R’ Moshe ben Nachman z”l (Ramban; 1194-1270; Spain and Eretz Yisrael) asks: Why did our Matriarch Rivka not tell her husband Yitzchak that a prophet had told her that Yaakov, not Esav, should get Yitzchak’s blessings? Ramban answers: Even if Yitzchak had known the truth, since he loved Esav, he might have decided not to bless Yaakov; rather, he might have decided to leave the blessing for G-d to give to whomever He wished. On the other hand, if Yitzchak blessed Yaakov, thinking that he was blessing Esav, he would deliver the blessing with his whole heart, i.e., with sincere feelings. [Until here from Ramban]

We learn from Ramban’s explanation, R’ Cohen writes, that a blessing that is not given with one’s whole heart is not effective. Apparently, R’ Cohen continues, an effective blessing must be more than words–it must be accompanied by a real desire to bestow blessing on the recipient.

R’ Cohen adds: This seemingly is what Rashi z”l means when he comments on our verse, “You shall not bless them hurriedly and hastily, but devoutly and with a whole heart.” If so, R’ Cohen concludes, then our verse, as understood by Rashi, is the source of the requirement that the Kohanim bless the Jewish People “with love.” (Lekach David)

R’ Shlomo Zalman Ulman z”l (1792-1863; Hungary) notes that all of the Priestly Blessings are phrased in the singular, addressed to each individual separately. How then can the last blessing speak of peace? Isn’t peace a collective concept–peace between nations, between neighbors, etc.?

He explains: A Jew is commanded (Devarim 6:5) to love Hashem with all his heart and with all his soul. But man has other interests, and his organs are at war with each other. Some want to love and serve Hashem, while others may not. How can man win this war? Our Sages teach that one who wants to purify himself receives Divine assistance. This is the meaning of the blessing that the Kohanim utter: “May G-d establish peace for you,” i.e.,within you. (Quoted in Otzrotaihem Shel Tzaddikim)

For the next several weeks, we will focus on connections between Shabbat–the Sabbath Day–and Shemittah–the Sabbath Year.

R’ Aryeh Leib Hakohen Shapira shlita (Menahel Ruchani of the Ponovezh Yeshiva in Bnei Brak, Israel) writes: At first glance, one might think that Shabbat of Creation (Shabbat) and Shabbat of the Land (Shemittah) are unrelated observances. However, the Midrash Mechilta (quoted by Rashi z”l to Shmot 23:12) teaches us otherwise.

We read (Shmot 23:10-12), “Six years shall you sow your land and gather in its produce. And, in the seventh, you shall leave it untended and unharvested, and the destitute of your people shall eat, . . . so shall you do to your vineyard and your olive grove. Six days shall you accomplish your activities, and on the seventh day you shall desist . . .” Why is Shabbat mentioned in juxtaposition to Shemittah? Answers the Midrash: To teach that, even in a Shemittah year, Shabbat is not uprooted–i.e., one should not say, “Since the entire year is called ‘Shabbat,’ the Shabbat of Creation need not be observed.” [Until here from the Midrash]

R’ Shapira observes: If one even could entertain the idea that Shemittah takes the place of the weekly Shabbat–such that the Midrash must teach that it does not–they must have a great deal in common. [We will explore that commonality in this space beginning this week.] (Chazon L’mo’ed: Ha’Shabbat Ve’shabbat Ha’aretz p.27)

The anonymous sage known only as “a Levi from Barcelona” (Spain; 13th century) writes: Among the foundations of this Mitzvah [Shemittah] is to establish in our hearts and implant firmly in our minds the fact that the world has a Creator. “For in six days Hashem made the heavens and the earth” (Shmot 20:11), and on the seventh day He did not create anything. Rather, He wrote about Himself that He “rested,” so-to-speak. In order to uproot from our thoughts the idea that the world has always existed, we count six years and rest in the seventh year, just as we do with regard to the days. This reminds us that it is not because of nature that the Earth produces fruit, but rather because the world has a Master. (Sefer Ha’chinuch: Mitzvah 84)