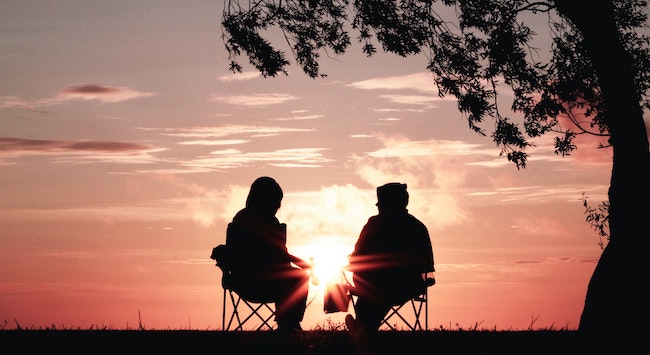 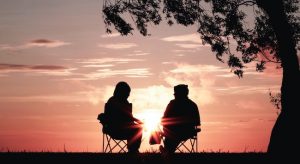 In this week’s Parashah we read of Yaakov’s reunion with his brother Esav. As this week’s Haftarah, we read the entire book of Ovadiah. R’ Gamliel HaKohen Rabinowitz-Rappaport shlita (Rosh Yeshiva of Yeshivat Sha’ar Ha’shamayim in Yerushalayim) identifies several reasons for this choice.

First, Ovadiah was himself a convert who descended from Esav, and his prophecy foretells the downfall of wicked Edom as a punishment for its oppression and persecution of Yaakov’s descendants. [Our Sages use “Edom” to refer to the Roman Empire and its spiritual and political heirs to this day.]

Second, the Haftarah ends with the verse: “Then redeemers will ascend Har Tziyon to judge Esav’s mountain, and dominion will be Hashem’s.” This will be the fulfillment of Yaakov’s promise to Esav in our Parashah (33:14), “Let my master go ahead of his servant; I will make my way at my slow pace according to the gait of the flocks before me and the gait of the children, until I come to my master at Seir [Esav’s land].”

“He charged them, saying, ‘Thus shall you say, “To my master, to Esav, so said your servant Yaakov: ‘Garti’ / I have sojourned with Lavan and have lingered until now”’.” (32:5)

The word “Garti” contains within it the word “Ger”; thus, Rashi z”l explains, Yaakov’s message can be understood as: “I remained an outsider and did not achieve prominence in Lavan’s land.” Alternatively, “Garti” is an anagram (in Hebrew) of “Taryag”; thus, Yaakov’s message can be understood as: “I kept all 613 Mitzvot while I was with Lavan. Therefore, I am confident of Hashem’s protection and not afraid of you.” [Until here from Rashi]

R’ Dovid Eichenstein z”l (Burshtiner Rebbe in Brooklyn, N.Y.) elaborates: There are two reasons why the Jewish People may need to fear the gentile nations. First, when we imitate the nations and become too close to them, Hashem sends us reminders in the form of persecution or anti-Semitism that that is not our place. Second, R’ Yisrael z”l (1698-1760; the Ba’al Shem Tov, founder of the Chassidic movement) teaches, every frightening experience we have is meant to remind us to fear Hashem. When we forget to fear Hashem properly, He reminds us that if would only fear Him, nothing else would frighten us.

R’ Eichenstein concludes: Yaakov was saying to Esav, I have no reason to fear you. First, I did not achieve prominence in Lavan’s land. Your values–glory and honor–are not my values. Second, I kept all 613 Mitzvot, and my fear of Hashem is strong. Serving Hashem is my only desire, and He does need to send me a reminder. Therefore, I do not fear you. (Zer Zahav)

“Then Elokim said to him, ‘Your name is Yaakov. Your name shall not always be called Yaakov, but Yisrael shall be your name.’ Thus He called his name ‘Yisrael’.” (35:10)

Rashi z”l explains: The Torah cannot mean to replace the name Yaakov entirely, for Hashem Himself continued to address this Patriarch as ‘Yaakov.’ [Until here from the Gemara and Rashi]

R’ Yehuda Loewe z”l (Maharal of Prague; died 1609) writes: The name “Yaakov” is the cause of and prerequisite to the name “Yisrael.” “Yaakov”–coming from the word meaning “heel”–alludes to the Patriarch’s tendency to humble himself, which itself is the reason that Hashem elevated him and called him “Yisrael”–a name that suggests a lofty status because it signifies that he fought with men and angels and prevailed. This follows the principle taught in the Gemara (Eruvin 13b), “If one humbles himself, Hashem raises him up.” The Jewish People are also called by these two names because of this same trait, Maharal adds. (Netzach Yisrael, Introduction)

Rashi explains: The sun rose to heal his lameness.

R’ Ze’ev Wolf z”l (Chassidic Rebbe in Zhytomyr, Ukraine; died 1798) writes: When a person sees Hashem’s light even in the suffering he experiences and therefore remains firm in his righteousness, that itself will heal both his physical and spiritual ills. However, R’ Ze’ev Wolf adds, a person’s intention should not be to receive physical benefit as a result of his Divine Service. (Ohr Ha’meir)

This year–a Shemittah year–we will iy”H devote this space to the related subject of Bitachon / placing one’s trust in Hashem.

As discussed last week, Rabbeinu Avraham ben Ha’Rambam z”l (son of Maimonides; Egypt; 1186-1237) defines the Bitachon that is expected from most people, in most situations, as understanding that nature functions only because that is Hashem’s will. Therefore, before each activity that one engages in, he should pray that it be successful. Also, Bitachon means not working excessively to the point that one neglects his obligation to make Torah study his primary focus. Rabbeinu Avraham continues:

Regarding Bitachon, or lack thereof, people can be categorized into three groups. The first consists of prophets who are close to Hashem, and also their pious disciples. Their Bitachon is manifested by refraining from all normal physical means to an end, instead relying on miracles that contradict the laws of nature. This is the Bitachon exemplified by Yehonatan [son of King Shaul] when he attacked the army of the Plishtim with only his valet accompanying him. Yehonatan said (Shmuel I 14:6), “Perhaps Hashem will act on our behalf, for nothing prevents Hashem from winning a victory by many or by few.” This also is the Bitachon that David demonstrated when he fought Goliat with only a slingshot. He even refused the armor offered to him, saying (see Targum to Shmuel I 17:39), “Miracles do not take place through wearing armor.”

Such Bitachon, explains Rabbeinu Avraham, is justified only by Ruach Hakodesh / Divine Inspiration, as in the cases of Yehonatan and David, or a direct promise from Hashem. (The fact that Hashem has made a promise does not change the fact that relying on Him is called “Bitachon,” nor does it lessen the prophet’s reward. To the contrary, he is rewarded for that Bitachon, as we read (Bereishit 15:6), “[Avraham] trusted in Hashem, and He reckoned it to him as righteousness.”) But, this lofty level of Bitachon is very rare. Not all prophets merit to attain it, and even a prophet who attains it cannot count on maintaining that level consistently.

For example, writes Rabbeinu Avraham, there is no doubt that our Patriarch Yaakov was among those who attained this lofty level. The Torah describes how he abandoned his father’s riches and left Be’er Sheva on foot, with nothing more than a walking stick. He took no animal to ride upon or friend to keep him company, as we read (Bereishit 32:11–in this week’s Parashah), “For with my staff I crossed this Jordan [River]. . .” Nevertheless, Rabbeinu Avraham continues, Yaakov feared Lavan and fled his home secretly, as we read (31:31), “Because I was afraid, for I thought, perhaps you might steal your daughters from me.” Yaakov also feared Esav and sought natural means to appease him, as we read (32:8 & 21–in our Parashah), “Yaakov became very frightened, and it distressed him . . . ‘I will appease him with the tribute that precedes me, and afterwards I will face him; perhaps he will forgive me’.”

We see from this, concludes Rabbeinu Avraham, that Bitachon in a miracle or unusual kindness from Hashem is justified only based on Ruach Hakodesh–such as Shimshon experienced (see Shoftim 14:6–“The spirit of Hashem came mightily upon him”)–or in response to a specific command from Hashem. Thus, Eliyahu Hanavi said about the mortal risks he took in fighting idolators (Melachim II 18:36), “By Your word I have done all these things.” This explains why Yaakov needed to experience a fight with an angel–so that his victory would give him “permission” to again have the high level of Bitachon he had possessed earlier. But, if one hangs his hopes on miracles without proper preparations on his part and without a revelation from Hashem, or without receiving approval via Ruach Hakodesh, he is seeking something that does not befit him. As such, he sins by having Chutzpah that leads to Chillul Hashem / desecration of G-d’s Name [when his expectations are not met]. Without a doubt, he will be punished, Rabbeinu Avraham cautions. (Ha’maspik L’ovdei Hashem, ch.8)

R’ Avraham Erlanger z”l (1931-1921; Rosh Yeshiva of Yeshiva Kol Torah in Yerushalayim) writes: The supernatural miracles and wonders that fill the stories of the Patriarchs can help us to sense–not just believe abstractly–the reality of Creation and Hashem’s providence. Throughout the lives of the Patriarchs and Matriarchs, once can feel that they were being led supernaturally from above. The Gemara (Pesachim 50b) teaches that one who serves Hashem “Lishmah” / with the proper intentions will merit Chessed / kindness that is “above the Heavens.” The lives of the Patriarchs and Matriarchs demonstrate this in practice. (Birkat Avraham Vol. III, p.303)