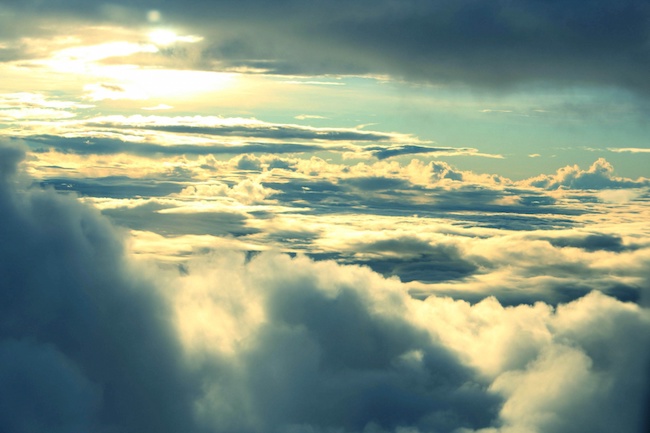 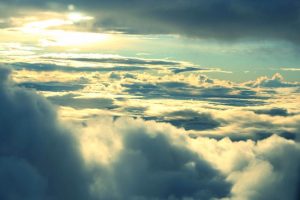 Sponsored by
Irving and Arline Katz
on the yahrzeit of her father,
Moshe Aharon ben Menashe Yaakov Reiss a”h

King Shlomo writes in Mishlei (25:21-22), “If your enemy is hungry, feed him bread; if he is thirsty, give him water to drink–for you will be ‘choteh’ coals on his head, and Hashem will reward you.” R’ Yehoshua ibn Shuiv z”l (Spain; 14th century) initially rejects the popular translation of the word, “Choteh,” i.e., “scooping.” He writes: G-d forbid that King Shlomo would suggest that one perform kindness for his enemy for the purpose of taking revenge on him. Rather, the word means, “removing.” One who performs acts of kindness for his enemy “removes” burning coals–i.e., anger–from the enemy’s heart and promotes peace. Alternatively, if the word does mean, “scooping,” the intention would be that one may perform acts of kindness for his enemy so that his enemy will be ashamed to continue hating him.

We read in our Parashah (22:1), “You shall not see the ox of your brother or his sheep or goat cast off, and hide yourself from them; you shall surely return them to your brother.” In Parashat Mishpatim (Shmot 23:4), this same Mitzvah is worded differently: “If you encounter the ox of your enemy or his donkey wandering, you shall return it to him repeatedly.” The commandment in our verse, writes R’ ibn Shuiv, is of general applicability, while the commandment in Mishpatim, i.e., to return the lost animal of one’s enemy, is an act “Lifnim Mishurat Ha’din” / beyond the letter of the law, applicable to a person who wants to conquer his Yetzer Ha’ra. R’ ibn Shuiv adds that the “enemy” spoken of here is a person that a righteous Jew hates because of the other’s sinful deeds. Otherwise, it is forbidden to hate another Jew. Even so, Hashem does not completely despise even a wicked person, and there is therefore a Mitzvah to assist him, for one should not try to be “more religious” than G-d Himself. (Derashot R”Y ibn Shuiv)

“You shall make a fence for your roof, so that you will not place blood in your house if a fallen one falls from it.” (22:8)

Rashi z”l comments: The person who falls is called “fallen one” to indicate that he deserved to fall to his death on account of some crime he had committed. Nevertheless, make a fence around your roof so that you won’t be the agent of his misfortune, for meritorious things are brought about through the agency of meritorious people and bad things through the agency of unworthy people. [Until here paraphrased from Rashi]

R’ Yaakov Kranz z”l (1741-1804; Dubno Maggid) writes: We should learn from this teaching that, no matter what happens to a person, he is expected to study the event to determine why Hashem did this to him. Every misfortune, great or small, is a message from Hashem, a sign of some Divine displeasure. By studying the particulars of the misfortune–its timing, its severity, its nature, etc.–one can find hints as to its cause.

He adds: The Gemara (Chullin 94a) says that a guest may not share his food with the child of his host without permission. The Gemara relates that this decree was made after an incident in which three guests did share their food with their host’s child, unbeknownst to their host. When the host saw his child eating, he assumed his child had taken the food without permission, and he hit his child so hard that he killed him. When the child’s mother saw this, she went up to the roof and jumped off.

Why, asks the Dubno Maggid, did our Sages react by decreeing that guests not share their food? Clearly, the host and his wife reacted irrationally! Nevertheless, he explains, our Sages understood that, if such a tragedy could result from sharing one’s food with the host’s child, it must be an act of which Hashem disapproves [even if we don’t know why]. Therefore, they outlawed that practice. We, too, are expected to look for signs that Hashem disapproves of our actions and to react to those signs. (Sefer Ha’middot: Sha’ar Ha’Yir’ah ch.14)

R’ Yitzchak Maltzen z”l (1854-1916; Lithuania and Eretz Yisrael) writes: Based on the above, we can understand also the Gemara (Shabbat 10b) that teaches: “One should never show favoritism to one child for, because of the two measures of silk that Yaakov gave Yosef over his brothers [i.e., the Ketonet Pasim], one thing led to another until our ancestors went down to Egypt.” R’ Maltzen asks: Did Yaakov’s favoritism really cause our ancestors’ exile? Hadn’t Hashem foretold the exile to Avraham more than 150 years earlier? He explains: The Gemara does not mean that Yaakov’s favoritism caused the exile to Egypt. Rather, the Gemara is teaching that the fact that Hashem used Yaakov’s favoritism of Yosef as an instrument to bring about the exile indicates that Hashem does not approve when parents show favoritism to one child. (Haggadah Shel Pesach Siach Yitzchak p. 3b)

“You shall wipe out the memory of Amalek from under the heaven–you shall not forget.” (25:19)

R’ Meir Rosenbaum z”l (mid-20th century rabbi in Cuba and Guatemala) answers: Amalek was an actual people, the first nation that attacked the Jewish People after the Exodus. But, the term “Amalek” has come to represent more than that one nation–it represents antisemitism in general.

He continues: There are two kinds of antisemitism. There are gentiles who have an unexplainable hatred for Jews without ever having met a Jew–for example, William Shakespeare, who is unlikely to have met a Jew since he lived at a time when Jews were banished from England. Nevertheless, he caricatured a stereotypical Jewish money-lender in one of his works. Then there are gentiles who become anti-Semites because they witness one Jew or a few Jews misbehaving or because they are jealous of a few Jews who they see living ostentatious lifestyles. This latter type of antisemitism is what Yaakov Avinu warned of when he told his sons (Bereishit 42:1), “Why make yourselves conspicuous?”

R’ Rosenbaum concludes: The two verses about erasing the memory of Amalek refer to these two types of antisemitism. We must destroy the “Amalek,” the antisemitism, that is a response to our behavior or lifestyle. But, there is also irrational antisemitism that we can never eradicate on our own; that “Amalek” only Hashem can erase. (Ha’Torah L’Ohr Ha’Tekufah p.340)

While the agricultural aspects of the Shemittah year apply only to the land and produce of Eretz Yisrael, the Mitzvah of Shemittat Kesafim / releasing loans applies between Jews anywhere in the world. This week, we discuss a related Mitzvah.

The anonymous sage known only as “a Levi from Barcelona” z”l (Spain; 13th century) writes: We are commanded not to refrain from making loans to those in need because of fear of the Shemittah, which will cancel the loan. About this it is written (Devarim 15:9), “Beware lest there be a lawless thought in your heart, saying, ‘The seventh year approaches, the remission year,’ and you will look malevolently upon your destitute brother and refuse to give him. . .

Among the foundations of this Mitzvah is strengthening the Middah / trait of generosity in our hearts and distancing us in an extreme way from stinginess. There is no one in the world more generous than one who makes a loan knowing that, if for some reason, he does not collect the debt before the Shemittah, it will be lost. Moreover, anyone who understands the Torah’s ways and appreciates its worth even a little bit knows without a doubt that [in the words of Mishlei 11:24], “There is one who scatters and gathers more, and one who refrains from what is proper–only for a loss.” Hashem judges each person according to his deeds, and will give him from His blessing to the degree that he comes close to Him. Stinginess, on the other hand, is an iron divider between a person and Hashem’s blessing. (Sefer Ha’chinuch 480)

Imagine! The Torah warns elsewhere against trickery and deceit, on withholding wages from laborers and so on. The Torah commands us to conduct business faithfully, and to use honest measures and weights. In the face of all these laws, a man works and toils until he has saved a certain amount.

This money which a person has saved notwithstanding all these commandments is his money which he earned honestly and through hard work, and now the Torah comes along and obligates him to lend it, and without interest or benefit. The Jew does this willingly and does not demand any return on his money; only one thought beats in his heart, there is only one thing that he wishes to guarantee — that he will get his money back. And that single thought, the Torah refers to as “lawlessness.” The Torah demands that he make loans knowing that he may never be repaid.

One who goes in the Torah’s way and observes this commandment will effect a revolution in his thinking about his membership in a community. Through the quiet observance of this mitzvah, one will solve many of the hardest social problems that have worried man from time immemorial. (Ma’amar “Ha’Shemittah Be’mahalach Ha’dorot”)