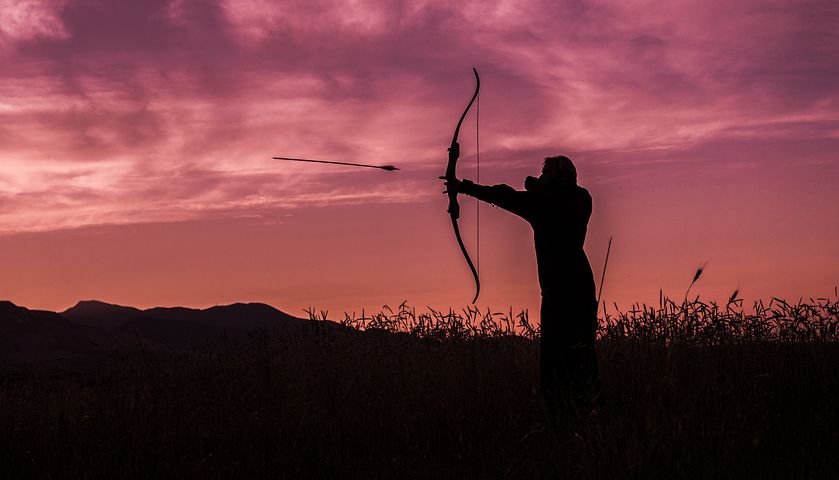 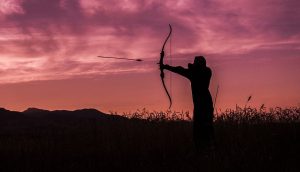 TWINS USUALLY HAVE a lot in common. Even though they may go in two separate directions, the basis of each is often something in common. For example, one may be a shochet (butcher) and the other might be a mohel who performs circumcisions, but it can be a common propensity to spill blood that drove each in the direction of their professions.

Seemingly, Ya’akov and Eisav were an exception. They looked nothing like each other, and they certainly acted like complete opposites. Yet, the Kehillas Ya’akov says that Eisav was supposed to have been the fourth forefather, just as there were for four foremothers. And Dovid HaMelech, ancestor of Moshiach Ben Dovid, had a lot in common with Eisav, being red and ruddy and having blood on his hands. Perhaps this is why Dovid asked God to make him the fourth father.

Furthermore, let’s not forget a very important fact. As the parsha says, Yitzchak loved Eisav most. He obviously loved Ya’akov very much, but he loved Eisav more. And though the Torah seems to say this was just the result of Eisav’s power of deception, Kabbalah says it is because both Yitzchak and Eisav came from same spiritual root, Gevurah. Though Yitzchak and Eisav look more like opposites to us than Ya’akov and Eisav, Yitzchak saw something of himself inside his son, and tried to bring it out.

Yitzchak was not wrong. Eisav has produced some amazingly righteous people. The prophet Ovadiah was a convert from Edom. The Roman ruler Antoninus was an admirer and supporter of Rebi Yehudah HaNasi (Avodah Zarah 10b). Many descendants of Eisav have put their own lives on the line to save Jews over the ages.

And the opposite has been true as well. Centuries of assimilation have proven just how Eisav-like Jews can be, some even “converting” to Christianity and rising up high in the Church. There are stories of Nazis being “impressed” with just how cruel Kapos could be to their own. And of course, there is this from the Gemora:

The ways and nature of these people, the Jews, are like fire. Were it not for the fact that the Torah was given to the Jewish people, whose study and observance restrains them, no nation or tongue could withstand them. This is the same as what Rebi Shimon ben Lakish said: “There are three arrogant ones: The Jewish people among the nations…” (Beitzah 25b)

POLITICS BRING OUT the worst in many societies. The more people “need” to win, the greater the chance for corruption. The more power people have and the less they believe in divine accountability, the more corrupt they will be. After all, if Kayin could kill his brother to get ahead fresh out of Paradise, and he still talked to God, how much more so the world after him that is not even sure God exists.

The most recent elections in Israel certainly got some Jewish Leftists to reveal what they think and feel. While one “donned” tefillin in a disgustingly immodest way to take a shot at the religious parties, another suggested that all Charedim hang themselves with their tefillin, an old Nazi past time. Erev Rav? Self-hating Jews? Eisav in disguise?

I was once told a story by a “nice Jewish boy.” In his High School days before he became religious, he played football. He liked offense more, but he was given a position on defense instead. He didn’t do too much until one game he got a break. Somehow he penetrated the other team’s offensive line, whose job is to protect the quarterback from being tackled.

The quarterback didn’t see him coming because he was looking for his receivers downfield. He ran as fast as he could at the quarterback, who could throw the ball at any moment and end the chance to tackle him. But not only did he reach the quarterback in time, he literally picked up the other player and threw him down to the ground like a piece of trash.

He was euphoric, especially when his teammates gathered to congratulate him for the “kill.” But within moments, he recalled, the euphoria began to dissipate and gave rise to a different, far less comfortable feeling. He tried to shake it off, at least for the rest of the game, but it was persistent, and it only went away once he realized where it came from: Shock.

“Who was that out on the field?” he uneasily asked himself. “Who manhandled that quarterback with such viciousness?” he wondered inside. It was as if he had been overcome by some inner beast that he did not recognize. By the time the game was over, he had decided he never wanted to see that side of him ever again. He quit the football team mid-season.

I recall another story from my own early years. Some children were bullying another child who was too meek to defend himself. But they pushed him too far and he snapped, probably out of fear and anger, and he became an unrecognizable terror. The bullies ended up running away from him, and they probably never bothered him again.

It is amazing what all of us have inside of us. Some of it is amazingly good while some of it is amazingly scary, and a person can go their entire life not knowing it is there, if nothing forces them to access it. This is why it comes as a great shock when it rears its head, because our self-perception never includes the quiet and hidden parts of who we are.

Did Ya’akov Avinu have to deceive anyone before Eisav made himself unworthy of the birthright? Did he have to steal before his mother sent him in to take Eisav’s blessings? Did he have to be a trickster before living with Lavan? No, no, and no, which means, perhaps, that all of that was actually part of his schooling about living in this world as a Ya’akov Avinu.

THE BOTTOM LINE here is, don’t be naive. Before all of this, Ya’akov Avinu was called tam, which can have many meanings, including naive. Ya’akov Avinu grew up sheltered because he clung to the Bais Midrash. He may have known about all the evil in the world, but until he left the Bais Midrash for the outside world in which people like Eisav lived, he never really experienced it. It is one thing to hear about Nazis. It is an entirely different thing to experience them firsthand.

But as scary as it is to meet Eisav in person, it is scarier to meet “Eisav” within ourselves. It was probably one of the things that drove Ya’akov to the Bais Midrash from an early age, and kept him there. He obviously loved Torah, but he probably hated his potential to be like Eisav even more, and he worked on expunging it from him with every word of Torah he learned. This is why he fought with the angel of Eisav before the real Eisav. He had to get the Eisav out from inside of him before he confronted the Eisav outside of him.

As the Gemora says, if you are not aware of the need for this, you certainly won’t work on it. And if you don’t work on it, you certainly won’t be able to resist it, and instead will personify Eisav as a Jew. There have always been such Jews throughout history, but today you can see them particularly in politics in the United States, and in Israel. They think they are heroes of society. But they are just worshippers of Eisav’s way of life.

That is nothing new historically, and “history” will take care of them over time. What may be new to many people, including those who do not identify with the obviously Eisav-supporting Jews, is the Eisav within them and how it manifests itself. The only way to manage it is to acknowledge it, and work on keeping it at bay with Torah values.

Ya’akov didn’t have to be born a twin. Most of history would have worked just fine had Eisav simply been his older brother even if, as in the case of Yitzchak and Yishmael, he had been born from another mother. If God created such a deep and intimate connection between the two brothers at such a critical point in time, we can’t dismiss it as just another quirk of Jewish history. How much more so when Ya’akov Avinu only merited the name “Yisroel” after overcoming the Eisav within him.

IT IS EISAV-like to not trust in God, and we see this from their confrontation in Parashas Vayishlach. When Eisav refuses Ya’akov’s gift at first, he does so by bragging, “I have a lot.” When Ya’akov refuses his refusal, he humbly says, “I have all,” something Eisav could not say since he did not trust in God.

After all, “all”? A person can say they have a lot because it is based upon the current reality. They know what they have. They can see it, touch it. But how can you know if you have everything you need if you do not know at the moment everything you will need? There’s only one way: If you trust that God has your back at all times, even when it seems that He doesn’t.

Eisav didn’t want to live his life that way. The only risks Eisav wanted to have to cope with were the ones he chose to live with. Besides, he discovered at a young age that what he could not acquire through hard work he could usually get through stealing and other nefarious means. Who needs God when you can cheat?

So when the Jewish people were finally poised to enter Eretz Yisroel, God warned them about taking credit for their success. Everything they would receive in Eretz Yisroel was just like the mann in the desert, given to them directly from God as per their needs. Remaining on the land depended upon them realizing and accepting this.

After all, it is called Eretz Yisroel, not Eretz Eisav or Eretz Ya’akov. A Yisroel is someone who has risen above the level of a Ya’akov, and no longer has to contend with their inner Eisav. America and other western countries may be lands of, “yaish lee rav—I have a lot,” but Eretz Yisroel is the land of “yaish lee kol—I have all.”