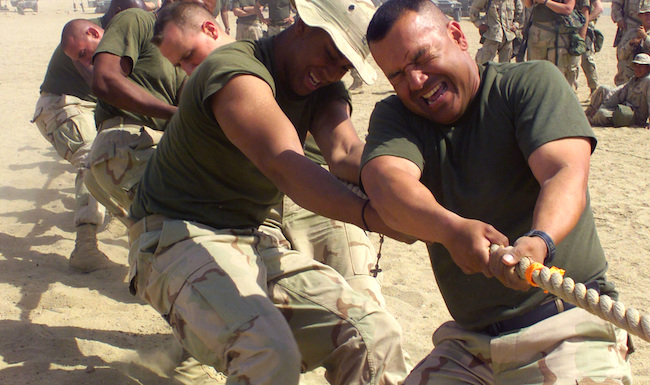 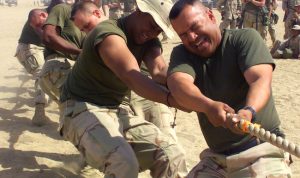 Following the narrative in which G-d elucidated to Moshe (Moses) how he would approach Pharaoh and Pharaoh would ignore him, the Torah states “Moshe was eighty years old and Aaron was eighty three years old when they spoke to Pharaoh.” (Shemos/Exodus 7:7) As there are no extraneous letters, no less words or phrases, in the Torah’s text, this verse’s presence is perplexing. The Torah is very clear about Moshe and Aaron’s ages at their death, and that they died in the fortieth year of the travels in the wilderness; why do we need to have their current ages calculated? More so, what is the significance of their age at this time; if Moshe had been sixty-three or seventy-seven, would it change the impact of the narrative? Finally, of all the events at this stage in Jewish history, why does the age need to be told specifically “when they spoke to Pharaoh”?

Rabbi Shimon Schwab (1) explains that the Torah emphasized their ages because of their significance to Pharaoh’s own decrees: eighty three years previous Pharaoh instructed the Jewish midwives that all Jewish male children were to be killed immediately after birth, and three years later the order was revised to demand all Jewish male children be thrown into the Nile. These decrees, executed to prevent the existence of a redeemer who would lead the Jewish people out of Egypt, actually spawned Moshe’s elevation to greatness. Without Pharaoh’s command, Moshe would never have been hidden in the basket and cast into the Nile, never have been taken in by Pharaoh’s daughter, never been raised in Pharaoh’s own home and never learned the requisite lessons of leadership. Pharaoh’s efforts to the contrary notwithstanding, the Divine will came to fruition, as it always had and always will.

No matter the lessons to be learned from historical experience – whether one’s own experience or the experience of others related by reliable narratives – all human beings, like Pharaoh, want to believe that the events around them are as simple as they appear to one’s own perception. Everyone rationally knows that he cannot possibly fathom the entirety of every scenario into which he enters, but now in that situation, he is forced to absorb the reality and make snap decisions. The “Pharaoh”s of the world have nothing to follow but their limited scope of vision and their feeble intellects to navigate this expansive universe of reality; good fortune to them. But the G-d conscious Jew knows that he is not in control; he understands that his Heavenly Parent is in full control and has addressed every perceptible and imperceptible variable. The Divine will will come to fruition, as it always has and always will. The G-d conscious Jew knows that his job is “simple”: forge the bond of love and trust with the Divine Parent by following the timeless instruction offered in the Torah as he makes his best effort to attend to the situation. As Rabbi Tarfon taught us (Pirkei Avos/Ethics of Our Fathers 2:20-21), “The day is short, the task is abundant…you are not required to complete the task, yet you are not free to withdraw from it.”

A parable is told of a man who works in the production department of a large manufacturing concern, who is asked about the health of the company’s sales. The production worker responds that production is as busy as always, so he does not think about sales. “My job is production. My attention and energy are consumed by my focus on my production objectives. Just as the people in sales trust me to produce the product they are selling, I trust them to sell the product I am manufacturing. I do my job and they do theirs.” The G-d conscious Jew knows his production objective is clear: build and strengthen his G-d consciousness by utilizing the direction of the Torah – the manual of Divine “production specifications” – while he expends his best effort to address life’s challenges. He does not worry about the end result because he is fully focused on his job in the “effort department”. Results? That is G-d’s department.

(1) 1908-1995; student of the great Mirrer Yeshiva and Rabbi of congregations in pre-war Germany and Baltimore, he is renowned for his leadership of the German-Jewish community in Washington Heights, Manhattan from 1958 through the end of the 20th century