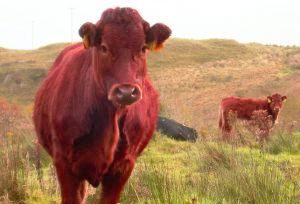 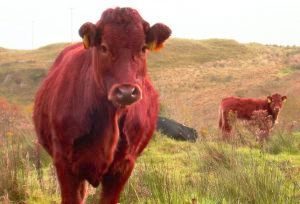 The pasuk never does get around to telling us what he took, which led Onkelos and Rashi to explain that Korach took himself, i.e. he separated himself from the main body of the community, to lead a rebellion against Moshe. Why? Many cite a midrash[3] that inexplicably states that it was the parah adumah which emboldened Moshe to challenge Moshe.

How are we to understand this? We might begin with the Torah’s introduction to Moshe’s long leave-taking of the Bnei Yisrael. It locates Moshe’s speech “between Lavan and Chatzeros and Di-Zahav.”[4] Each one of the place-names in this pasuk is assumed to allude to a different event in which the Jews in the wilderness sinned against Hashem. However, the places are arranged achronologically: Chatzeros alludes to Korach, while Di-Zahav refers to the eigel, which occurred earlier.

In response to the eigel, Moshe quickly interceded on behalf of his people. He attempted to deflect guilt from them. He argued that Hashem had banned idolatry only in conversation with him, Moshe. The people might have reacted appropriately if they had heard the prohibition directly from Him, rather than through Moshe as an intermediary.

How strong was this argument? The best evidence comes from parah adumah, which R. Moshe Ha-Darshan teaches[5] is a reference to the eigel, as the mother cow is called upon to attend to the mess of her young calf. Korach deduced from this that Moshe’s argument was ineffective. He reasoned that the Bnei Yisrael were guilty, because they had indeed heard the first two Dibros directly from HKBH. As he elegantly phrased his conclusion, “The entire assembly – all of them – are holy and Hashem is among them.[6] All of them heard some of the Dibros at Sinai, directly from G-d.”[7] Therefore, he argued, the people did not need a Moshe to be their leader and teacher. They were all spiritually elevated; they did not need to cede some of their autonomy to a human power.

In effect, the message that Korach heard from the parah adumah was the equivalence of all Jews. If it were not so, there would not have been any need for the parah atoning for the sin of the eigel. Because of that equivalence, they didn’t need a Moshe. He was abusing his power, and needed to be stopped. The rest is history.

Possible as well is that Korach detected a different message from the parah adumah. It, too, is based on the assumption that the parah adumah atones for the chet ha-eigel.

Moshe’s reaction to the dancing around the eigel was to smash the luchos. One way to look at this is that the luchos represent the talmid chacham; smashing them was a declaration that the gadol is willing to die to effect kapparah for his flock, since the death of a tzadik brings atonement. Indeed, Moshe immediately bargained with Hashem for Him to forgive the Bnei Yisrael. If He refused, Moshe boldly requested, “Erase me now from Your book that You have written.”[8] Moshe meant that he was willing to die and disappear from the Torah if that would achieve atonement for his people.

Korach knew all this. He also knew that Moshe’s offer seemingly was not accepted. He knew this through the parah adumah. The people were still in need of kapparah, necessitating a parah adumah. Korach reasoned that Moshe did not stand head and shoulders above the rest of the nation. All of them were holy. They did not have to subjugate themselves to Moshe’s authority. Korach therefore set himself up as a counter-force to Moshe, separating himself from the body of the community and standing to the side, from where he could begin his rebellion.