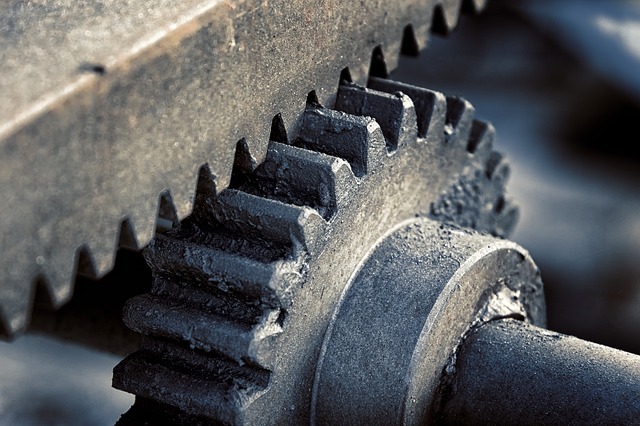 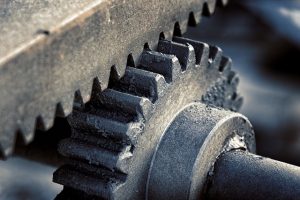 Bezalel…did everything that Hashem commanded Moshe.[2]

Not just everything that Moshe commanded Bezalel did Bezalel do, but what Hashem had commanded Moshe![3] His great wisdom is reflected in his name: betzel kel, in the shadow (i.e., in close proximity to) G-d. Initially instructed by Moshe to begin work on the major keilim of the mishkan, Bezalel balked. “When I make them, where will I put them? Shouldn’t the structure of the mishkan be constructed first?” Moshe concurred. “Indeed, your plan is more appropriate. In fact, it is the way I was instructed by Hashem.”

A medrash links the command, “Let them take for Me a portion,” to the Bnei Yisrael proclaiming, “Naaseh v’nishmah.” Chazal meant by this that the Bnei Yisrael did not ask themselves or anyone else how they could possibly live up to the Torah’s expectations. They full-heartedly resolved to keep the Torah, without questioning how they would be able to. When humans act this way about Hashem’s Torah, He acts similarly to them, and disregards the strictures of teva and reasonableness! Thus, before the sin of the Golden Calf, they lived on a spiritual plane where it was of no interest to them to address practicalities like where to store the keilim. Hashem would somehow provide for them, despite the absence of a sensible strategy on their part.

All this made sense before the Bnei Yisrael lost their lofty position through the chet ha-egel. While they were cavorting around the egel, however, Moshe was still in the heavens, in a place unaffected by sin. (There, the Bnei Yisrael were not adjudged to be so horribly guilty. As the gemara says,[4] they really were not capable of such a sin. They were pushed into it, in order to teach us that teshuva was possible after a sin of the many, not just the individual.) Situated there, he believed that no appreciable change had taken place. The people were still functioning on a level of Zeh keili / this is my G-d (pointing clearly and unambiguously at the reality of HKBH), he thought. He therefore instructed Bezalel to produce the mishkan’s utensils first.

Moshe did not realize that outside of the heavens, the Bnei Yisrael had fallen quite some distance. Equipped now with reduced spiritual stature, Bezalel’s practical observation about not worrying about furnishings until there is a house was on target. In other words, rather than relate to the crystal-clear, personal keli/my G-d, Bezalel lived in the shadow of the more distant kel/G-d. Thus, betzel kel.

Sometimes It Is Your Work To Finish

He erected the Courtyard all around the Mishkan and the Mizbeach, and he emplaced the curtain of the gate of the Courtyard, and Moshe finished the work.[5]

The familiar refrain has disappeared! Prior to this pasuk, each step in constructing the mishkan was given a Divine seal of approval: “As Hashem commanded Moshe.” Why the change here?

Rashi,[6] citing Tanchuma, says that Moshe was assigned the task of erecting the mishkan, which was beyond the ability of human strength. Moshe asked Hashem about this. He responded that Moshe should go through the motions of attempting to erect it, but the pieces of the mishkan would actually erect themselves. To the onlookers, it would appear to be Moshe who was setting up the mishkan.

Now, we have a tradition that all elements of the mishkan allude to different parts of Man. Their arrangement teaches us how to properly live as Torah Jews. We are also mindful of Chazal’s teaching that Man cannot succeed in overcoming his yetzer hora or achieving his spiritual goals without Divine assistance,[7] for which he must daven. Putting these teachings together, we understand Hashem’s message to Moshe, whose efforts in erecting the mishkan symbolize Man’s attempt at building his own spiritual sanctuary within. Man cannot do it alone! He will succeed only with the help vouchsafed him from shomayim. In one area, however, he cannot rely on a Divine boost. He must begin the process himself, without Anyone prodding him along.

Thus, in regard to all the different parts of the mishkan that correspond to different parts of Man’s service of G-d and achieving greater degrees of closeness to Him, the Torah provides the familiar refrain: “As Hashem commanded Moshe.” Just as Hashem told Moshe that he should go through the motions of building, even though he could not hope to succeed without His assistance, so too we are to keep this in mind in our avodah, and constantly seek Hashem’s help. When we do, we are still credited as if we had done it on our own.

The Courtyard, however, alludes to yir’as Hashem, the necessary prerequisite for all growth. Yir’ah is the portal, the entry point, to all the positive change a person will find within the mishkan. This yir’ah is not gifted from heaven. “All comes from heaven other than the fear of heaven.”[8] Man must find it himself. In regard to this entry point alone, the Torah does not write, “As Hashem commanded Moshe.” Instead, it writes, “Moshe finished the work.” Moshe completed the preparatory work on his own, which assured that siyaata d’shmaya would be there for the “inner,” higher stages.

At times, Divine assistance does not come – by Man’s choice. Going at it alone, finishing the job without His special assistance, is a higher level suitable to great tzadikim. Moshe took this into account, when he gave his bracha to the work of Klal Yisrael. “May it be His will that His Presence will dwell in your handiwork.”[9] In other words, may you all continue to grow, so that in the future you will be able to bring the Shechinah through your handiwork alone.