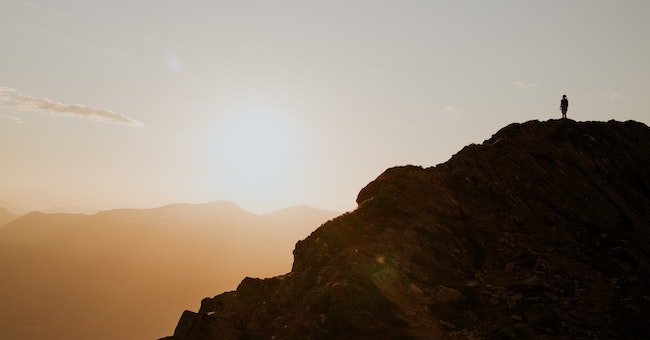 Climb The Most Important Mountain 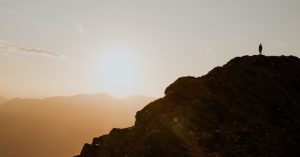 “We are ready. We shall ascend to the place of which Hashem spoke, for we sinned.” Moshe said, “Why do you transgress the word of Hashem? It will not succeed. Do not go up, for Hashem is not in your midst!”[2]

These lines allude to another kind of storming the mountain. The group that stood before Moshe was full of guilt and recrimination for listening to the meraglim, and spurning Hashem’s great gift of the Land. They wished to do teshuvah. To them that meant showing their love of the Land, and their determination to enter it, despite the risks that had deterred them previously. They recognized their wrongdoing. Now they were ready to enter the Land with enthusiasm, and meet every challenge!

Now, the yetzer hora is likened by Chazal to a mountain. The yetzer hora was the mountain they sought to ascend and conquer. So what was wrong with their determination to wage war with the yetzer?

What was wrong was that no person can be victorious over his yetzer hora through his own efforts, no matter how well-intentioned. As Chazal tell us,[3] without Hashem’s assistance, a person cannot succeed in taming his yetzer hora. “I lift up my eyes to the mountains. From where will my help come? My help is from Hashem.”[4] When a person peers at the mountainous yetzer hora that looms in front of him, he asks, “Where will help come from? How can I possibly vanquish the mountain on my own?” The answer is that he can’t – but he can with Hashem’s assistance.

The group that attempted to repent by entering the Land was doomed to failure. Hashem had announced that no one of the generation would enter. He would not provide the Divine assistance, without which they could not really conquer their yetzer hora.

With this, we understand in retrospect Moshe’s charge to the meraglim. “Ascend here in the south, and climb the mountain.”[5] The Baal HaTurim writes that the words “the mountain” in gematria equal “Torah.” What is the connection? What does Torah have to do with their projected entry point in spying out the Land? If we take the mountain here to mean their yetzer hora, we completely understand. Moshe’s blessing to the spies was that they are within reach of conquering their yetzer hora, if they try with the help of the Torah, and not through their own grit and determination.