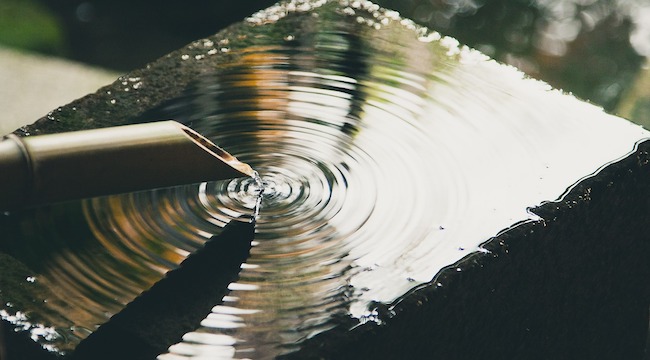 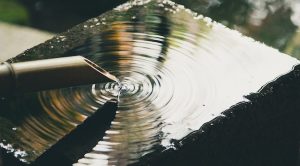 Without water, life cannot survive. Nonetheless, millions of Jewish people survived in the parched and barren desert for forty years. How was this possible? Only through a miracle. During their travels through the desert, the Jewish people were accompanied by a rock from which an abundant supply of water constantly flowed. It was called Miriam’s Well, because it existed in the merit of Moses’ older sister Miriam, who was a righteous woman and a prophetess in her own right.

In this week’s portion, we read about Miriam’s death only months before the entry of the Jewish people into the Holy Land. The Torah also tells us that Miriam’s Well ceased to function after she died, and the people were faced with a critical water shortage. They besieged Moses and demanded that he provide water for them, for otherwise they would die. God told Moses to take his staff in hand and speak to the rock. Instead of speaking, however, Moses struck the rock with his staff. The waters gushed forth again, but Moses forfeited the opportunity of entering the Holy Land. Because of his mistake, he passed away while the Jewish encampment was massed on the east bank of the Jordan River.

A number of questions come to mind. Why was the water given to the Jewish people only in the merit of Miriam? Why couldn’t the water continue after her death without Moses speaking to the rock? Why didn’t God want to leave the faucet open for the Jewish people?

The commentators explain that one of the most striking features of water is that its viscosity allows it to adapt perfectly to its surroundings; water will naturally assume the shape of any container into which it flows. Symbolically, Miriam represented this quality. She was able to adapt her faith and her steadfast fealty to God’s will under any and all circumstances. Come what may, Miriam shone as the paragon of staunch faith.

Miriam was born during the darkest chapter of the Jewish bondage in Egypt. Her name, recalling the word marah, bitter, evokes the bitterness of the Jewish condition. When she was just a young girl, Pharaoh decreed that all male babies be thrown into the river. Husbands and wives separated in order to avoid producing children who would be drowned, but Miriam persuaded her parents to have faith and remain together. As a result, her brother Moses, redeemer of the Jewish people, was born. Miriam was the famous midwife Puah, who crooned to the infants when they were born.

Like water, Miriam adapted to the oppression and the suffering and remained strong in her faith. Therefore, in her merit, God provided the Jewish people with miraculous water in the desert. And when she died, a new demonstration of supreme faith was required. God wanted Moses to draw water from the rock by speaking alone.

A man hired a wagon driver to take him to a distant city. As they traveled through dense forests and over craggy mountains, the passenger sat relaxed in his seat, enjoying the scenery.

Suddenly, a thunderstorm arose. The passenger told the wagon driver to pull over, but he insisted that they could not do so safely. They had to push on through the storm.

The passenger began to tremble with fear.

“Don’t worry,” the wagon driver reassured him. “All will be well.”

“Because I am telling you so,” the wagon driver replied. “You were not afraid when we were travelling through dangerous forests and over steep mountain roads on the edge of sheer cliffs. You relied in my skills. Well, do you think I’ve never driven through a thunderstorm? You can trust me.”

In our own lives, we find it easier to have faith when things are going reasonably well. When we seem to be on the road to success and encounter trials and struggles, we have faith that we will ultimately succeed. But what happens when things are falling apart, Heaven forbid? What happens when they become stormy? Those are the times that test our faith. Those are also the times when our faith can spell the difference between hope and despair. Text Copyright © 2007 by Rabbi Naftali Reich and Torah.org.