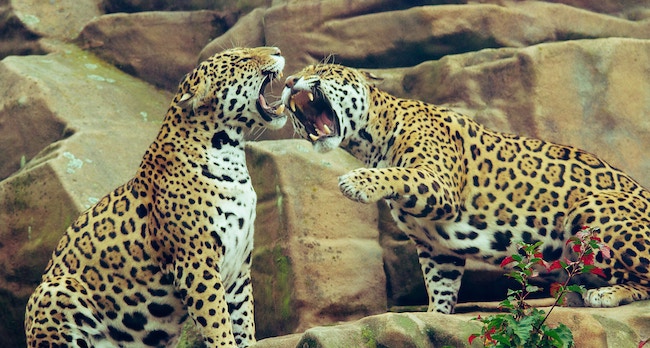 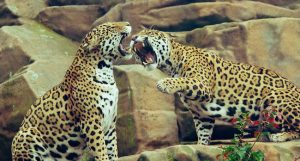 Moses did not grow up among the Jewish people, although he bore them a passionate love. During the decrees of infanticide, an Egyptian princess had discovered the infant Moses hidden among the bulrushes of the Nile River and reared him as her own.

Although surrounded by luxury and opulence, the thought of his people enslaved and oppressed gave Moses no rest. Finally, when he was old enough, he set out to see firsthand the suffering of his people and to find how he could help alleviate it. As he ventured forth, he encountered a sadistic Egyptian taskmaster beating a Jewish laborer brutally. Overcome with compassion, Moses struck down the Egyptian tormentor and buried the corpse in the sand, unaware that he had been observed by a pair of Jews named Dathan and Abiram.

The next day, Moses saw Dathan and Abiram fighting each other.

“Villain!” Moses cried. “Why do you strike your fellow Jew?”

They turned to Moses with disdain and said, “So what do you propose to do? Will you murder us as you murdered the Egyptian?”

Moses was shocked. “Aha, the thing is known,” he cried out.

On the surface, it would seem that Moses was shocked at finding out his killing of the Egyptian was no secret. But the Midrash reads a deeper meaning into these words. Aha, Moses was saying, this is why the Jewish people continue to suffer in exile. If they are capable of strife and informing on each other, they are not deserving of redemption.

But let us reflect for a moment. Was this the worst of their sins? The Jews had been thoroughly contaminated by Egyptian society. Their behavior were barely distinguishable from that of the Egyptians; their lives were characterized by idolatry and immorality. Nonetheless, in spite of all this dreadful sinfulness, Moses had found the Jewish suffering inexplicable. But now that he saw two Jews fighting, he finally understood the cause of the Jewish exile. How can this be?

Furthermore, the Sages tell us the Second Temple was destroyed because of unjustified hatred Jews harbored in their hearts against each other. How are we to understand this? Many other sins incur punishments far more severe that does unjustified hatred. Why then did this particular sin bring on the destruction of the Temple and the removal of the Divine Presence from among the Jewish people for thousands of years?

The commentators point out that the revelation of the Divine Presence in this world is really a paradox. How can the ultimate manifestation of spirituality reside in a physical world? It can only be done, they explain, by creating an oasis of spirituality to serve in the physical world, an oasis composed not of physical elements such as bricks and mortal, of soil and grass but of a community of people whose spiritual essence is paramount in their existence. Collectively, these people form an island of transcendent spirituality upon which the Divine Presence descends.

But how do we measure if a community is genuinely spiritual? It is in their relationships with others. Materialistic people see others as adversaries and are always jealously protective of their own status and domain. Spiritual people, in tune with eternity, are above these petty concerns; strife and egotism have no place in their world. Therefore, interpersonal relations are the barometer which tell us if the community is worthy of having the Divine Presence in its midst. If the strife factor is low, then the spirituality level is high, and Hashem comes among them. In Egypt and at the end of the Second Temple era, however, the strife factor was high, and the Divine Presence left the Jewish people.

Two boys were fighting in school, shouting and pummeling each other until one of the teachers pulled them apart.

When tempers cooled, the teacher called the boys to the front of the classroom.

“Do you understand what a terrible thing you did?” he asked.

“But he started up with me!” said one boy.

“Make two fists,” the teacher said to the boy.

The boy complied, and the teacher took the two fists in his hands and pounded them against each other.

“Exactly,” said the teacher. “When your friend suffers pain, it should also hurt you. When you hit him, it is as if you are hitting yourself!”

In our own lives, as we aspire to raise our level of our spirituality through studying the Torah and living by its values and ideals, how can we determine if we are truly connecting with the divine? We can do so by measuring the strife factor in our daily existence. If we live in harmony with other people, appreciating the goodness inherent in all of them, if our lives are essentially free of strife and discord, then we have indeed attained a high level of spirituality and forged an eternal bond with our Father in Heaven. Text Copyright © 2007 by Rabbi Naftali Reich and Torah.org.