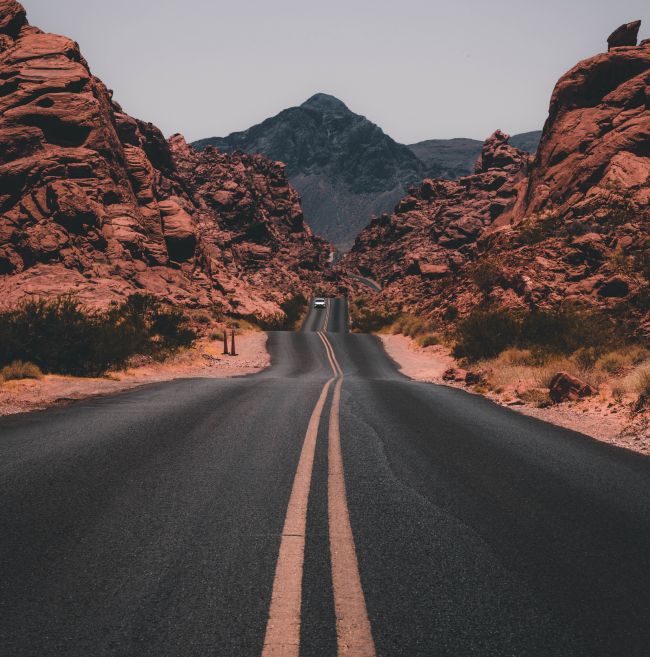 The Middle of the Road 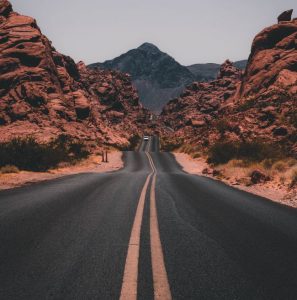 These divrei Torah were adapted from the hashkafa portion of Rabbi Yissocher Frand’s Commuter Chavrusah Tapes on the weekly portion: #1050 – Saying No to A Rosh Yeshiva / To Your Host? Good Shabbos!

The Derech Hashem Runs Down the Middle of the Road

The Rambam writes in Hilchos Dayos that there are different types of people in the world, each with their own characteristics and opinions. There is a person who is quick to lose his temper and gets exceedingly angry. There is another person who is very calm and loses his temper very infrequently, if ever. One person is very haughty, another is very humble. One person has an insatiable appetite for all kinds of physical pleasures, while another has minimal physical needs. One person is exceedingly generous, another is very stingy. With all these middos [personality traits], there are people all along the spectrum, from one extreme to the other.

The Rambam writes that in each instance, both extremes of a particular personality trait are not the proper way. To be an extremist in any middah [singular for middos] is not good. A person should not “fly off the handle” all the time, but sometimes a person must employ anger; a person should not give away all his money, but neither should he be exceedingly tight fisted, and so on. The proper way, the Rambam writes, is the “Golden Mean” – the middle road. Each personality trait has a point equidistant between the two extremes that is most fitting and appropriate for proper behavior.

The Rambam says that this approach of the “Golden Mean” is called “Derech Hashem” [the path of G-d] by the Torah. This is what Avraham taught his descendants.

Where do we see that Avraham Avinu taught his children that they should always take this “middle approach?” The Rambam cites the pasuk [verse] in our parsha, “For I have cherished him because he commands his children and his household after him that they keep the way of Hashem [Derech Hashem], doing charity and justice, in order that Hashem might bring upon Avraham that which He had spoken of him.” [Bereishis 18:19]

Where did the Rambam see this principle in this pasuk? Normally, whenever the Rambam cites a proof from a text, it is precise. The implication is usually clearly spelled out in the scriptural pesukim he quotes. Here, we are puzzled: How does this pasuk indicate that a person should conduct himself according to the “Golden Mean?”

The answer is that when the Rambam says that we need to approach life going down the middle path, he does not mean that a person ALWAYS needs to take the middle approach. The Rambam means that a person’s attitude is equidistant from the two extremes, and that when the time comes, the person can employ one extreme or the other, as appropriate for the circumstances. It does not mean that we always take the middle road.

The Golden Mean does not mean (no pun intended) that “one size fits all.” It means that a person should position himself in the middle of the road so that he can employ – when the situation calls for it – extremes in either direction.

It is not correct that a person should absolutely never get angry. Sometimes you need to get angry – at least “facial anger” if not “anger in the heart” (i.e. – demonstrate by facial expression your extreme displeasure, if not actually losing your temper over the matter).

There are times when we must “pursue peace”; other times we must take a firm stand and be uncompromising. Our “default position” should be the middle of the road – that way we will be flexible enough to act at either end of the spectrum when the situation calls for it.

We learn this from Avraham as a result of the pasuk saying that Hashem knew that Avraham commanded the members of his house to engage in Tzedaka and Mishpat [charity and justice]. These two terminologies are fundamentally mutually exclusive. Tzedaka implies that it is not strict justice (Mishpat). On the other hand, Mishpat is not charity. The resolution of this ambiguous statement is that there is a time for Tzedaka and a time for Mishpat. Avraham commanded his family to position themselves in the middle-of-the-road default position so that they would be able to engage in Tzedaka when appropriate and – on the other hand – in Mishpat when that was appropriate.

When Hashem told Avraham to chase away Hagar, “execution of the law pierces the mountain” (i.e. – it was not a time to be merciful, it was a time to carry out Hashem’s command). At other times, charity and compassion are more appropriate. This is where the Rambam derives the idea of the Derech Hashem being the approach of Avraham Avinu and being the path in life known as the “Golden Mean.”

So Hashem knows what the end of the story is going to be. He also knows that there are not 50 righteous people in Sodom, nor are there 40 nor 30 nor 20 and not even 10 tzadikim in the city. So why give Avraham Avinu the opportunity to daven when Hashem knows that his prayers will be futile? What is the point?

The answer is a lesson that we all need to learn because it is so prevalent. The lesson is that no Tefillah [prayer] ever goes to waste. The prayers that Avraham Avinu offered for Sodom may not have helped for that situation but somewhere, sometime, some place those tefilos helped.

In fact, Rav Yonoson Eybeschutz [1690-1764] in the Tiferes Yonasan says that this is similar to ma’aseh Avos siman l’Banim [the actions of the patriarchs foreshadow the actions of the descendants]. Just like the deeds of the fathers blaze the trail for similar deeds by their children in a more literal sense, so too there is a concept that when a city is in trouble or a community is in trouble, they go to a Tzadik and request that he prays for them. Where does this come from? Rav Yonoson Eybeschutz says the original source for this custom is the action of Avraham in praying for Sodom. The patriarch Avraham instituted the concept that a Tzadik can daven for a city in trouble to save them from their plight.

This answers a question. In Tefilas Neilah, at the very end of Yom Kippur, when we pull out all stops, we invoke the following words: “Heaven forbid from You to do this thing, to kill the righteous along with the wicked. The Judge of the entire world will not do such a thing.” Now consider something: Is this a wise prayer to invoke at Neilah? These words are immediately recognizable as being lifted from the prayer of Avraham Avinu for Sodom [Bereishis 18:25]. However, it did not work then, so why are we using the same (failed) formula: Heaven forbid from you… (Chalilah Lecha..)?

The answer is that it DID work the first time. It may not have worked for the people of Sodom because they did not deserve it — but eventually it worked. It worked – according to the Tiferes Yonasan – in that now all Tzadikim can pray for communities in trouble. And it worked because sometime, someplace – it did have an impact. In fact, we can say that this is the underlying message of the sequence of pesukim: “Am I going to hide from Avraham that which I am going to do? [Bereishis 18:17] For Avraham is going to become a great and mighty nation. [ibid. 18:18] What does pasuk 18 have to do with pasuk 17? It does not seem to belong in this monologue. What does the fact that Avraham will in the future become a great and mighty nation have to do with the price of tea in this discussion?

I once told over an amazing story which I heard from Lev L’Achim workers in Eretz Yisrael, who were personally involved in this very incident.

There is a small shul on a street in Tel Aviv. It was Mincha time and they needed a tenth man. In the time honored tradition of Jews throughout the world, one of the nine assembled worshippers inside the shul went out to the street and looked for a “tenth man.” They could not find a tenth man. Suddenly, a young fellow walks by – a typical secular Israeli, — long hair, the whole works. They said, “Could you come in and help us make a minyan?” He responded, “I am not interested.” They pleaded, “We need a minyan. Someone has a Yahrtzeit. He needs to say Kaddish. Please come in for a short time.” He was still not interested. Finally, they pestered the fellow so much that he agreed to come in.

He was totally unfamiliar with what was taking place inside. He just stood there. He stood there through Ashrei, Kaddish, etc. However, apparently, being in a shul for the first time in his life made an impression on him. One thing led to another. He contacted Lev L’Achim workers. The end of the story is that today this young man is an observant Jew.

However, this is not the whole story. This boy’s parents are totally secular Jews. Their son went “off the path” and became Chareidi [“ultra-Orthodox”]. His former friends came to his parents and asked them “What happened? You raised you son well. How could this have happened?” The father said, “Well, I know exactly what happened. This boy’s grandfather – my own father – was a religious Jew. He came to Eretz Yisrael but his son (myself) wanted to have nothing to do with Judaism. The son grew up totally secular and went his own way and he was going to make sure that his children would follow in the same path. It has to do with his grandfather, I guess.”

Here is the end of the story: The grandfather davened in this very shul in Tel Aviv that pulled his grandson in for the minyan. That was his shul. Think about it. When this old Jew saw his son go “off the derech” and saw his grandson being raised as a secular Israeli – how many Tefillos did this man offer that Hashem bring them back to Yiddishkeit? He davened and davened and davened. “It didn’t help”… or so he thought! The grandfather never lived to see what happened. It did not happen then. It did not happen to his son. But apparently the Tefillos helped for his grandson.

There are many more stories of this kind, where Tefillos of grandparents or even parents which seemingly went to waste, helped – two or even three generations later – as all Tefillos do.