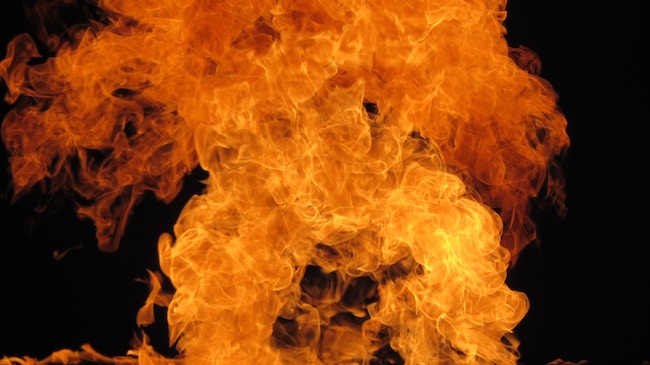 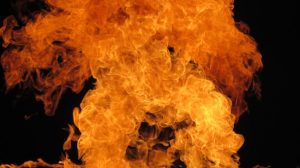 Things don’t just happen by themselves. And yet, when the Jewish people built a golden calf while Moses was away on the mountaintop receiving the Torah from Hashem, something very strange happened. The Midrash in this week’s Torah portion tells us that the people threw their golden ornaments into the flames and a fully formed golden calf emerged. Amazing! Why would such a thing happen? Surely, this must have been an aberration. Surely, something like this could not happen again.

But wait. Let us peek into next week’s Torah portion. Lo and behold, the same thing happens. The people are building the Tabernacle, Hashem’s earthly Abode. The time arrives for the construction of the golden candelabrum, the mystical symbol of wisdom that will illuminate in the Inner Sanctum. The construction of this transcendent vessel is exceedingly complicated, and to make matters even more difficult, the entire candelabrum is to be made from a single ingot of gold. Although he gives it his best effort, Moses cannot accomplish this baffling task. Finally, Hashem tells Moses to throw the gold into the fire and the candelabrum will emerge by itself. And this is exactly what happens. What is the connection between these two strange phenomena? Is it coincidence that they transpired one right after the other?

The commentators explain that these two incidents are actually two sides of the same coin. They both reflect the tremendous power inherent in the human will. When a person’s heart is set on a goal, when he is consumed with a flaming desire to attain that goal, nothing can stand in his way. Where there is a will there is way, says the old adage.

The implication, of course, is that human ingenuity can always discover a solution to any problem. But it is far deeper than that. The human will generates an almost mystical energy that can penetrate any barrier. When Moses did not return from the mountaintop on schedule, the people were confused and disoriented, and they instinctively turned to their old idolatrous habits for reassurance. In their distress, they were overcome with a burning desire for the illusory comforts of the idol worship to which they were accustomed in Egypt. This desire was so strong, the Torah tells us, that all they had to do was throw their golden ornaments into the fire and the golden calf emerged.

But just as the human will penetrates all barriers to attain its sinister goals, it can also be channeled to the good. If a person is inspired to reach for the highest spiritual goals, his very desire will generate a mystical energy that will carry him there, one way or another. This is what Hashem was teaching Moses. Nothing stands in the way of the indomitable human will, not even the near impossibility of forming the intricate candelabrum from a single piece of gold. The fire of his enthusiasm would create the candelabrum even if his hands could not.

This was the true reversal of the sin of the golden calf. The flaming desire to sin had generated the abominable idol. But now Moses channeled his flaming desire in the opposite direction, and by doing so, he created the perfect vessel of wisdom and spiritual illumination.

A great emperor of ancient times ruled most of the civilized world with an iron hand. After he was assassinated, civil war broke out among his potential successors to the throne. Both pretenders to the throne were powerful charismatic figures, and each was able to rally many local kings and princes of the empire to his standard.

The war raged on for several years until one of the pretenders finally emerged victorious and was acclaimed as the new emperor. One of the kings who had fought valiantly on the side of the loser feared for his life. He traveled to the imperial city and pleaded for an audience with the new emperor. The audience was granted, and the defeated king prostrated himself before the new emperor.

“What have you to say for yourself?” declared the emperor.

The emperor smiled and nodded. “You have spoken well, my friend. Your life is spared, and you will retain all your lands and honors.”

In our own lives, it is important to recognize the enormous power we hold in our own hands. We are capable of attaining any goals we pursue with true single-minded perseverance, but sometimes we would do well to stop and consider where we are going. Only if we channel our energies correctly and pursue goals of enduring value can we truly enrich our lives and find true happiness and fulfillment. Text Copyright © 2008 by Rabbi Naftali Reich and Torah.org.