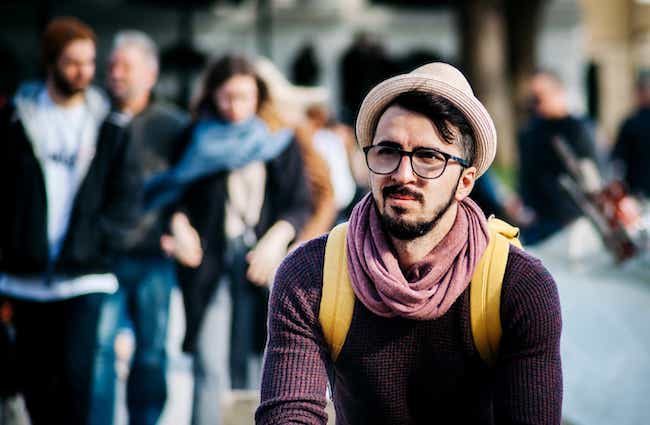 A Man from Among Us 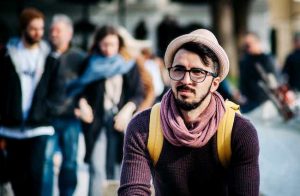 It was certainly much easier to expiate a transgression two thousand years ago than it is today. In ancient times, the transgressor would bring a sacrificial offering to the Holy Temple in Jerusalem. He would confess his sins, repent and offer up the sacrifice as a symbol of his desire to rededicate himself to his Creator. The sanctity of the place and the sublime spirituality of the process would cleanse his soul and purify his spirit, and he would go home spiritually rejuvenated.

The Torah, while describing the process of the sacrificial service at great length and in exhaustive detail, introduces the topic with a curious statement. “When a man (adam) from among you brings a sacrifice . . .” The Torah usually refers to a man with the Hebrew word ish, yet here the Torah chooses the unusual word adam, which brings to mind Adam, the first man. What is the point of being reminded of Adam when we bring a sacrifice to atone for a sin?

The commentators explain that the purpose of a sacrifice is not only to express contrition for the sin but also to repair the damage that sin caused in the world. A person does not live in a vacuum, an island unto himself. Every sinful act creates a void of the Creator’s presence in the spiritual ecosystem, causing the retraction, so to speak, of the Divine Presence and the proliferation of negative energy. A sinful act causes the spiritual level of the world to fall, just as a mitzvah causes it to rise. Therefore, a person committing a sin affects not only himself but also his surroundings, his family, his friends, his community and to a certain extent the entire world.

Adam was the first man in the world, and in his mind, his decision to eat the forbidden fruit was a private decision. He thought it affected no one but him. But he was wrong. His one sinful act had tremendous ramifications for all future generations. It introduced death to the human experience.

This is the lesson we learn from Adam. There are no private decisions. Every act we commit has far-reaching implications for the spiritual condition of our environment. This is what a person should have in mind when he brings a sacrifice to the Holy Temple in Jerusalem. He must realize that, like Adam, he mistakenly considered his sinful act victimless, affecting only himself. But he was really “from among you.” His sinful act affected others as well, and it is the purpose of the sacrifice to repair the damage he has wrought.

A young man booked passage on a pleasure cruise ship. He took a cabin on the lowest deck, because those were the least expensive. After a few days, he locked himself in his room and ordered his meals delivered to his door.

The waiter who brought the meal noticed that the passageway was damp, and as he approached the young man’s door, he saw water pulsing out from under his door. He bent down to smell it, and to his horror, he discovered that it was seawater. In a panic, he banged on the young man’s door, but there was no response.

He ran to get the captain, and in a few minutes, the captain arrived with two crew members carrying axes. They broke down the door and found the young man drilling holes in the side of the ship.

“What are you talking about?” the young man retorted. “This is my private cabin. I paid for it, and I have the right to do anything I want in it.”

In our own lives, we are all living in cabins on the great cruise ship of life. We may sometimes think we are independent individuals, answering only to ourselves. But as the popular saying goes, we are indeed all connected. The things we say or do, a harsh word, a thoughtless act, a spiritual transgression can harm the people around us. On the other hand, a warm smile, an act of kindness, a word of encouragement can touch, move and inspire. Our acts may cause a ripple effect whose extent cannot be measured. And even if we manage to keep certain behaviors in total isolation, they still leave a mark in the spiritual world. We may think we are “Adam,” but let us always remember that we are really “from among us.” Text Copyright © 2008 by Rabbi Naftali Reich and Torah.org.