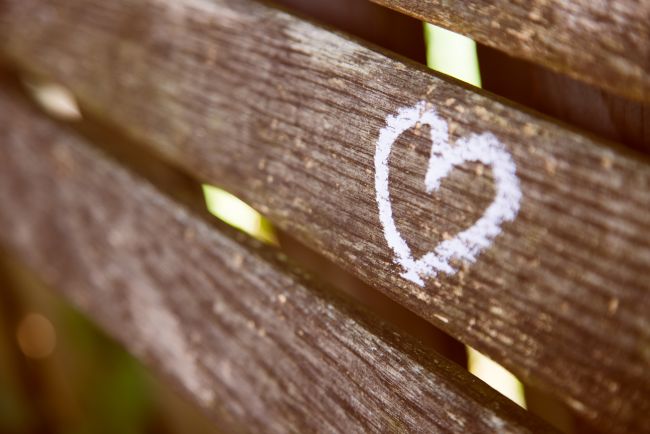 A Heart of Wood 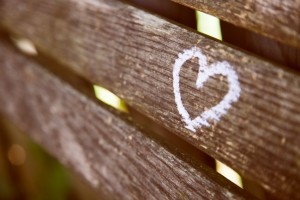 It was breathtakingly beautiful, but ordinary human eyes never feasted on it. Secluded in the Holy of Holies, the holy Ark of the Torah was visited only once a year – by the High Priest on Yom Kippur, the holiest day on the Jewish calendar. Nevertheless, the Arks glittering beauty, transcendent holiness and aura of mystery loom large in history and legend.

The Ark sits at the very core of Judaism. It is the eternal depository of the Tablets that Moses received directly from Hashem on Mount Sinai, and as such, it is the ultimate symbol of the power and glory of the Torah. It is the crown jewel of the Temple, a spectacular vision of pure gleaming gold adorned with two golden winged cherubs. Not surprisingly, therefore, the Ark is popularly known as “the golden Ark.”

But that is not how the Torah describes it. “And they shall make an Ark of cedarwood,” the Torah declares. Then the Torah goes on to describe how this Ark is to be constructed. A wooden ark is placed inside a golden ark. Then a second golden ark is placed inside the wooden ark. The rim is then covered with gold, effectively encapsulating the wooden ark entirely in gold. The Talmud explains that this is meant to signify that a true Torah scholar is equally pure within and without.

A number of questions immediately come to mind. Why does the Torah describe it as “an Ark of cedarwood” when, in fact, not a speck of wood is visible? Why isn’t the popular “golden Ark” a more appropriate description? Furthermore, if the ark is meant to symbolize the absolute integrity of the Torah scholar, his total purity within and without, why is a layer of wood interposed between the two layers of gold? Wouldn’t total purity mandate that the Ark be solid gold through and through rather than a gold veneer on a wooden base?

The commentators explain that gold and wood represent two distinct aspects of the human personality. Gold represents the sublime and ethereal aspect, spirituality in its purest form. The golden side of the human personality soars above them mundane world and reaches out for the divine. Wood, on the other hand, represents the human connectedness with the earth, the prosaic, the mundane. Just as a tree is rooted in the soil, so is a person rooted in the physical world and the society of other people.

The ideal Torah scholar is more than just a golden ethereal spirit passing through the world in blissful oblivion of the realities of human struggle. At his core, he must have a heart of wood, rooted in this world and supremely sensitive to the physical needs of other people. This then is the Jewish paragon, not a monastic recluse nor a sensualist but a person imbued within and without with the true spirit of Torah yet rooted in human society, reaching out with yearning to the divine and with kindness and compassion to the mundane.

In this vein, perhaps we can detect a further symbolism in the choice of wood for the essence of the Ark. Gold, for all its beauty, is static; it does not grow. It is stuff of which angels are made. Wood, however, is alive and always grows. The Torah clothes a person in golden garments, and at his core it imbues him with the vitality of wood so that he can flourish and grow as a person for his entire life.

“And where are you going my child?” asked the old man.

“I am going to see a very great sage,” he replied, mentioning the name of a famous luminary. “I always wanted to see what an angel looks like.”

The old man smiled. “Then you are making a mistake. The sage you mentioned is not an angel. He is the ultimate of what a man can be, and believe me, that is greater than an angel.”

In our own lives, we must retain our perspectives as we strive to be more spiritual. The Torah does not want us to achieve spirituality by withdrawing from the world and isolating ourselves from the society around us. On the contrary, the Torah wants us to retain a powerful connection with the hustling, bustling world around us and to imbue it to the best of our abilities with the spirit and sanctity of the Torah. If we can clothe ourselves within and without with the golden garments of the Torah yet retain a deep-rooted vitality in our hearts, we can indeed enjoy the best of both worlds. Text Copyright © 2009 by Rabbi Naftali Reich and Torah.org.