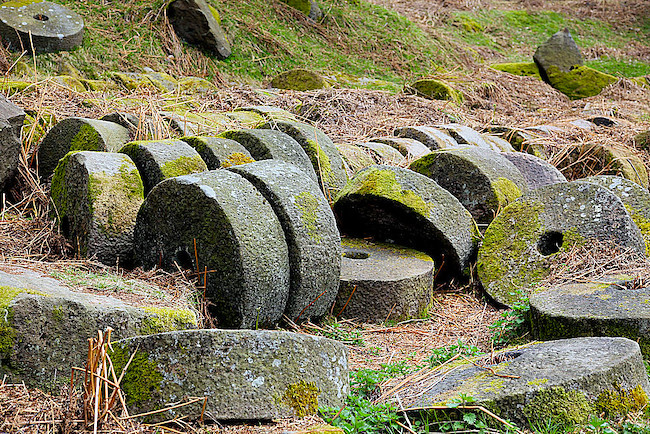 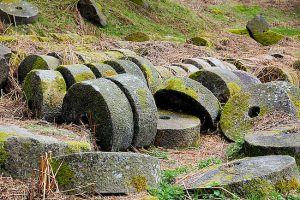 Creditors and debtors are on opposite sides of the fence. The debtor, usually strapped for money and barely able to feed his family, wants to keep his creditor at bay. The creditor, on the other hand, wants his money back and seeks to exert whatever pressure he can to force the debtor to fulfill his obligation.

Creditors have different ways to exert pressure on their debtors. One time-honored method is to seize some of the debtor’s property and hold it as a surety until the debtor pays up. What kind of property would a creditor take? Logically, one would expect him to take something of value but of little utility. Certainly, one would assume, he would not take the tools of the debtor’s trade, since this would render him incapable of earning the money needed to pay off the debt.

Therefore, it seems strange that the Torah found it necessary to forbid a creditor to take the debtor’s millstones. Why would the creditor do such a thing? If he wants his money back, he certainly wouldn’t shut down the debtor’s business.

Furthermore, the Torah juxtaposes this prohibition with the exemption from military service for a newlywed husband for one year so that he can spend more time with his wife. What is the connection between these two concepts?

The commentators explain that the Torah is addressing one of the most powerful yet least recognized human drives. It is the desire to dominate other people, which is rooted in the primal impulse for conquest. History has shown us how this terrible impulse has destroyed civilizations and brought misery and death to countless millions of people, but mankind has not learned his lesson.

A creditor wields power over his debtor. In a real sense, he controls his life. “The borrower is the slave of the man who lends money,” King Solomon writes in Proverbs (22:7), and unfortunately, the creditor often enjoys it. In fact, sometimes the sense of power and mastery are sweeter and more important to the creditor than the return of his money. This sort of man will gladly take the debtor’s millstones as a surety, thereby effectively making it impossible for him to repay his loan. But he doesn’t mind. On the contrary, he prefers it this way, because it will perpetuate his power of conquest.

The generals in charge of recruiting an army for the protection of the homeland may be affected by similar subconscious drives. They may feel inclined to pull a newlywed away for his young wife, because it gives them a sense of power. The Torah, therefore, lumps the two together, the creditor taking the debtor’s millstones and the generals recruiting young newlyweds, and issues prohibitions against them both. No man should exert power and mastery over another.

A boatman was ferrying passengers across a river during wartime. A woman walked up the gangplank carrying two large suitcases.

“Madam, I need to inspect your baggage,” said the boatman. “I have to check for weapons.”

She opened her bags. “Here, take a look,” she said. “There are no weapons.”

“Please unpack them. Take everything out.”

“What!” said the woman. “I’m letting poke around and look at whatever you want. Why make me take it all apart?”

An old man standing nearby spoke up. “My good man, there really is no need to put her through so much bother. Just take a good look.”

The boatman drew himself up to his full height. “It is important that I check thoroughly. That is my obligation.”

“are you sure that you are only motivated by obligation?” said the old man.

“Of course,” said the boatman.

“Then why,” said the old man, “do you have such a look of pleasure on your face?”

In our own lives, we need to look closely at our relationships with family members, employees and colleagues. What lies behind the demands we make of them? Is our motivation always open and aboveboard or is there sometime a more sinister undercurrent? Are we looking to control the people around us and dominate their lives? Are we trying to be masters? Such behavior is destructive not only to those around us but also to us, because long-lasting, fulfilling friendships and relationships can only be grounded in genuine love and mutual respect. Text Copyright © 2010 by Rabbi Naftali Reich and Torah.org.