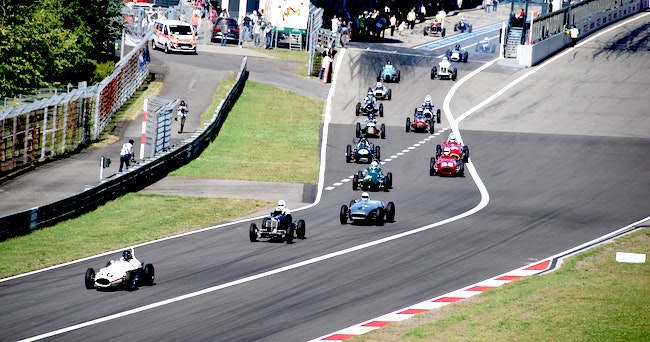 Tamid: From Start to Finish 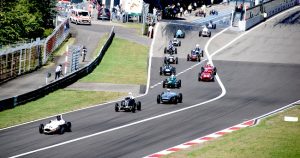 The daily offering of the Olas Tamid, Continual Elevation-Offering was made up of 2 parts – one lamb offered at the start of the Temple daily service, soon after daybreak, the second lamb was brought the afternoon, towards evening, at the end of the service (Bamidbar 28:4). A communal sacrifice, the tamid was paid out of the half-shekel contribution collected from every member of the Jewish community.

The first of the sacrifices in our parasha, the Olas Tamid, “Continual Elevation-Offering” was a regular daily feature in the Temple service. It was, in fact, an offering of two halves. A prominent feature is how this korban was both the first and the last offering in the day’s sacrificial schedule.

Everything in life has as its parameters two points: a “beginning” and an “end”.

The starting point is, of course, all “potential”. Typically, it has clearly-defined goals. It is all energy. All ambition and aspirations. And at the other side, there is the end point. This is where one arrives at his final destination. Here one takes stock to see whether or not the origin, namely the “potential”, has shaped up and successfully made the transition into the “actual”.

What matters is for the totality of the experience – from start to finish – to be constant. To be a continual and an unchanging whole.

G-d is the Start of Everything. And history will come full circle at the end of time to reveal Him and His Glory in the universe. “You are the First. And you are the Last. And there is nothing except for our King, Redeemer and Savior” (Morning Prayers).

The beginning and end of the Jewish day are signposted by reference to the tamid offering. In-other-words, at the outset of both day and night, the Jewish community’s thoughts were directed upon G-d. With this, they demonstrated how they were absolutely subjugated their lives to him (See Sefer HaChinuch). The transition from potential to actual is man’s journey to G-dliness. The tamid parallels the Shema which is itself recited twice daily – in the beginning of the day and once again in the evening – with its affirmation of His heavenly kingship. Similarly, it is how the Jew pledges to serve Him with all our heart and resources.

However, not only are both ends of the spectrum a revelation of G-dliness. But also “all the components in between” encapsulate the same theme.

With an eye affixed on “where you come” and “where you are heading”, attention must then be given to the transition phase. Yes, within the confines of the two ends of the day – or in the journey from “potential” to “actual”, or from existence in this world to eternal existence in the world to come – the presence of G-d must also be felt. Herein man is to bridge the gap so that every stage – the middle as well as the beginning and end – are united as one.

Jewish living is all-encompassing. It is akin to the Elevation-Offering that is described as “tamid”, meaning “continual”, “constant” or “always”. A continual pathway of elevation. Of constant growth throughout life. This goes to the core of Jewish existence wherein man forever strives to elevate his actions within the parameters of life. His permanent focus is on his Creator and how best to serve Him.

G-d is signaled at the beginning. At the end. At all times.

We faithfully serve Him “from start to finish”.