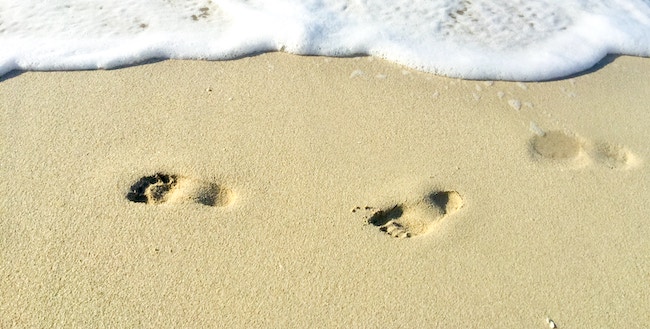 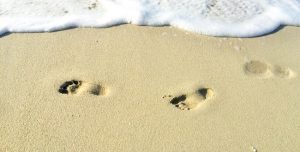 It is a blistering hot day. Abraham, that paragon of hospitality, is sitting by the door anxiously looking for passersby that he can invite into his home. Suddenly, he sees three dust-covered desert nomads trudging down the road. Before he brings them into his house, Abraham asks them to wash their feet, because he suspects they might be pagans who worship the dust of their feet. Then he feeds them lavishly.

Before they leave, the travelers, really angels in disguise, inform Abraham that Sarah would give birth in a year. Sarah overhears and bursts into laughter. After all, Abraham is one hundred years and she herself is a sprightly ninety, not exactly the height of the child-bearing years.

The Almighty, however, does not consider the situation humorous. He asks Abraham why Sarah found this a laughing matter, and Abraham, in turn, rebukes Sarah for laughing.

Let us consider for a moment. What had Sarah done wrong? After all, she did not know that the dusty wayfarers were really angels. Why then should she have thought that their blessings were efficacious? Can she be blamed for finding the fanciful good wishes of these wayfarers laughable?

The commentators explain that Sarah might indeed not have known that the wayfarers blessing her were angels, and this was exactly the reason she deserved to be reprimanded. She saw before her people who dressed differently, spoke differently, thought differently, and therefore, she looked down on them. She did not consider the blessings of such people worthwhile.

This was the reason Sarah was reprimanded. She took one look at these dusty wayfarers and instantly jumped to the conclusion that they were worthless people whose blessings were equally worthless.

A young man approached the stately house and knocked on the door. There was no response. He knocked again. Still no response.

Suddenly, he heard a hoarse voice speak. “What are you doing here, young fellow?”

He turned and saw an old man dressed in tramp’s rags sitting on the ground, his back against the wall. He had not noticed him before.

“I’ve come to see the great sage, old man,” the young man replied. “I want to become his disciple and learn from his knowledge and wisdom.”

“Hah!” said the tramp. “He doesn’t have so much knowledge, and he has even less wisdom.”

“How dare you?” the young man replied in a flash of anger. “What does a person like you know about knowledge and wisdom?” He turned back to the door and resumed knocking. Still no response.

The following day, the young man returned. His knock was answered by a servant who showed him into the presence of the sage. Amazingly, the sage seemed to be the identical twin of the beggar.

“You recognize me, don’t you?” said the sage, “I was the man sitting on the ground. I am afraid I can not accept you as my disciple.”

“But why?” the young man asked plaintively. “How was I to know it was really you?”

“You saw a man,” said the sage, “and based on his outward appearance you decided that he could now nothing about knowledge or wisdom. You can never be a disciple of mine.”

In our own lives, we are called upon to make value judgments about other people all the time. Whether it is in a business, social or any other setting, we tend to jump to conclusions about new people. We rely on first impressions. We look at their clothing, their accessories, their bearing, their air of sophistication or lack of it, and we make assumptions about their intelligence, character, talents and social standing. First impressions are certainly important, and we should always try to make a good first impression on others. Nonetheless, it is unfair to pigeonhole and stereotype people on the basis of external appearance. Appearances can be deceiving, and we could be missing out on some very fine blessings. Text Copyright © 2009 by Rabbi Naftali Reich and Torah.org.