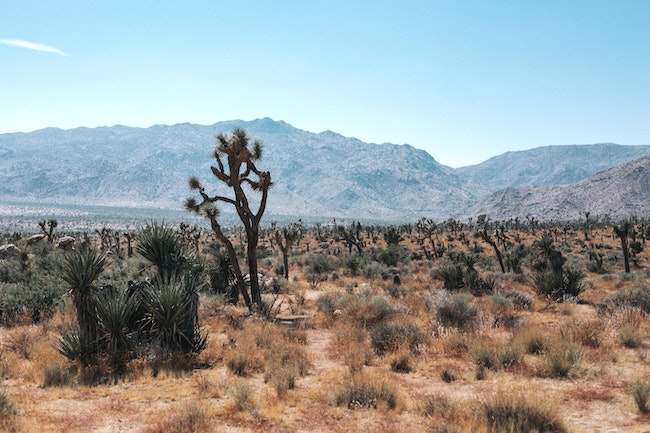 The Wilderness: Key to Grandeur 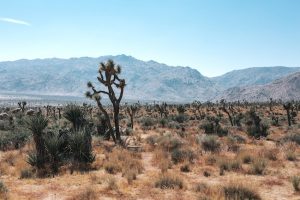 The book of Bamidbar (In the Wilderness) is so named because it focuses in detail on the Jewish people’s 40-year sojourn in the wilderness. But the commentaries offer a deeper reason. They note that the wilderness represents a vital characteristic that a Jew is asked to internalize in his character. That is the dominant feature of the wilderness as an ownerless no-man’s land.

In order to absorb Hashem’s teachings and to connect to the Torah, one must turn himself into a “wilderness,” in the sense of minimizing the natural human tendency toward wanting ownership and control. The self-aggrandizing “I” blocks us from accepting the authority of Heaven. We must internalize the trait of humility, symbolized by the wilderness where the Jewish people received the Torah, and in whose bleak and barren environment they lived for forty years.

Why is the trait of humility so critical to the absorption of Torah knowledge and connecting to our Divine source? Isn’t assertiveness an important tool enabling us to climb the ladder of success, and assist us in making our mark in society? Doesn’t striving for humility invite others to exploit our weakness and highlight our own lack of self-confidence?

Insight into this question can be found in the perspective of the great sage, Rabbi Yehuda the Nasi (“Rebbi”), who codified the Mishna. The Talmud quotes this spiritual giant as stating, “The reason I surpassed my friends in Torah knowledge was that I saw my teacher Rebbi Meir from the back!” What message lies in those cryptic words, “from the back? Perhaps we can understand that phrase as signifying that due to his self-subordination and humility, Rabbi Yehuda HaNasi was capable of receiving from his spiritual mentor much more than were his contemporaries. He realized that Rebbi Meir was so exalted he was in a league of his own. Rabbi Yehuda HaNasi felt he was capable of seeing only “the back of his teachings.”

What Rebbi grasped was that everything that he heard from Rebbi Meir was in a sense peripheral, “from behind.” When we see something from up front, we believe we have grasped the matter in its entirety. When we see something from behind, we have the outline but are left to connect the dots on our own. Rebbi understood that his teacher, who harked from an earlier generation, was on an entirely different plane of Torah depth and spiritual greatness. It was this trait of humility that illuminated for him the difference between what he knew and what he still had to learn. This enabled him to master areas unchartered by his contemporaries, which catapulted him to a leadership position. During his tenure, he presided over the codification of the Mishna, bequeathing an eternal legacy to all future generations.

A promising scholar and writer who lived in Jerusalem once described how he first entered a class of budding Kabbalists who were studying with a great mystic in the old city of Jerusalem. He was excited at the privilege of being among this group and looked forward to the challenge of plumbing the depths of the great Kabbalistic writings under the tutelage of this acclaimed instructor. When he first entered the room, the sage beckoned him forward. The elderly man took an apple from his drawer and handed it to him. The student accepted the apple with his right hand, nodding his appreciation towards the sage but perplexed about the meaning of this strange interaction. The sage then withdrew the apple and returned it to his drawer. He silently repeated the transaction. Once again, the student accepted the apple appreciatively, in the same manner as before. Once more, the sage took it back.

Then, with a warm smile, the sage demonstrated the manner in which the student should accept the token gift. He cupped his hands together, indicated that the student should follow suit. The sage then dropped the apple into the young scholar’s cupped hands. “That is how we are to study the Kabbalah,” he explained. “The word Kabbalah means ‘to receive.’ We must make ourselves a receptacle, realizing we have nothing to give or to add, and that our minds are simply vessels prepared to receive and absorb.” Only then, he explained, can we break the limitations of our finite minds. Only then can we transcend the barriers that obstruct us from plugging into the Divine source of infinite wisdom!

In today’s society, the emphasis is on constantly and artificially pumping up the human ego. We are taught to demand our rights and that we are entitled to what we want. We are led to believe we deserve life’s blessings, and when things don’t go right, we feel shortchanged, bitter and frustrated.

These responses are not the pathway to gaining spiritual wisdom. On the contrary, the more we give expression to our ego and narcissistic tendencies, the less we are capable of grasping the broader picture and our place within that framework. Only by demonstrating humility and following the example of “the wilderness” will we be able to absorb the wisdom of the spiritual giants of yesteryear. Only then can we gain from their supreme understanding of Torah and how to connect to the One Above.