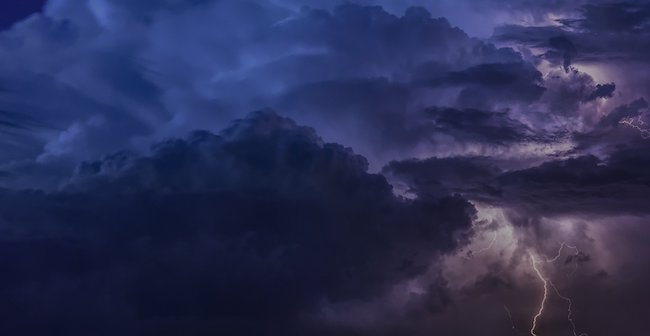 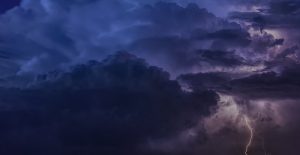 These divrei Torah were adapted from the hashkafa portion of Rabbi Yissocher Frand’s Commuter Chavrusah Tapes on the weekly portion: CD #1115 — Office Lashon HoRah: How Far Must You Go to Avoid It? Good Shabbos!

There is a very difficult Medrash on this week’s parsha that I have spoken about in previous years. Tonight I would like to offer an interpretation of this Medrash that I heard in a shiur from Rav Isaac Bernstein, ob”m. Rav Bernstein, in turn, was quoting an insight he saw in a sefer entitled Kosnos Ohr, authored by a grandson of the Panim Meiros.

The Medrash tells the story of a peddler who went from town to town in the vicinity of the city of Tzippori, selling his wares. He used to call out, “Who wants to buy the elixir of life?” Rav Yannai, the Talmudic sage, was sitting there, and he heard the peddler’s sales-pitch. Rav Yannai said, “Sell me the elixir!” The peddler said, “You, and people like you, do not need what I am selling.” Rav Yannai persisted and said, “But, nu – tell me. What are you selling?”

The Medrash continues that the peddler took out a volume of Tehillim and showed Rav Yannai the pasuk “Who is the man who wants life…? Guard your tounge from evil and your lips from speaking deceit. Depart from evil and do good…” [Tehillim 34:13-15]. These famous pesukim from Psalms pose the question – what is best way to guarantee life? The pasuk suggests the answer: Watch your tongue!

The Medrash concludes that Rav Yannai proclaimed, “My entire life I have been reading these pesukim and did not understand what they were teaching, until this peddler came along and informed me as to their meaning.”

The question is obvious: What did the peddler tell Rav Yannai that he did not previously understand? Certainly, Rav Yannai knew how to translate a pasuk in Tanach. The interpretation of these words is straightforward: “Who is the man who desires life? Guard your tongue from (speaking) evil.” Rav Yannai claims that he never understood what the pesukim meant until now. How is that possible? What novel interpretation did the peddler provide?

The Kosnos Ohr references a very frightening passage in the sefer Chovos Ha’Levovos (“Duties of the Heart” by Bachye ibn Pakuda). The truth of the matter is that this idea is not only in the Chovos Ha’Levovos, but it also appears in the Maggid Meisharim (which relates conversations between a Malach and the Beis Yosef – Divine Revelations, as it were, communicated to Rav Yosef Karo by an Angel). The same idea appears a third time in the sefer Marpeh Lashon by Rav Raphael Hamburger. It is a very frightening thought.

The Chovos Ha’Levovos writes in the “Gates of Acquisition” (Chapter 7) that when Reuven speaks Lashon Ha’Rah about Shimon, Reuven’s (prior) mitzvos are transferred to Shimon and Shimon’s (prior) sins are transferred to Revuen! Slanderers will find on the Day of Judgement that they will not be receiving reward for good deeds that they did do, and will—on the contrary—receive punishment for bad deeds which they did not do!

A person who had been a Shomer Shabbos his entire life will ascend to the World of Truth and he will suddenly discover that he is not receiving any credit for his Sabbath observance! On the other hand, he will be punished for sins that he never committed. When he will express astonishment at this apparent injustice, it will be explained to him that his spiritual rewards and punishments have been switched with those of so-and-so, against whom he spoke Lashon Ha’Rah.

The Chovos Ha’Levovos cites an incident involving someone about whom Lashon Ha’Rah was spoken. Shimon heard that Reuven spoke Lashon Ha’Rah about him. Shimon then sent Reuven a fruit basket as a present. Shimon told him: “You did me such a favor, so I feel that I need to repay it!” Reuven asked “What did I do for you?” Shimon responded, “You spoke Lashon Ha’Rah about me. Therefore, I received all of your merits. This is a tremendous present! It is only right that I should send you a present in return.”

Like all great people in Jewish history who did something revolutionary, Rav Yosef Karo was attacked by people for his revolutionary accomplishment—the writing of the Shulchan Aruch. People spoke Lashon Ha’Rah against him. The Malach told the Beis Yosef (and this is recorded in the Maggid Meisharim) that he should not worry about the Lashon Ha’Rah because he would get the zechusim (merits) of the people who slandered him, and all of his Aveiros (sins) would be transferred to those other people!

Rav Raphael Hamburger, in his Sefer Marpeh Lashon, writes that many people will come to the World of Truth and find many positive mitzvos in “their ledger” that they never did. They will tell the “Gate Keepers,” we never did these mitzvos, and they will be told, “they were done by people who slandered you!”

The Kosnos Ohr says that this idea is the novelty that Rav Yannai did not understand. When Rav Yannai learned the pasuk in Tehillim “Who is the man who desires life…” he thought that this was speaking about (life in) this world. The epiphany that he had because of the peddler’s insight was that the pasuk is teaching, “If you want life in the next world, the best way to achieve that is by guarding your tongue from speaking evil. If you work your whole life—you meticulously do mitzvos, keep Shabbos, are a baal chessed, and (after 120 years) you want to reap the rewards for all your efforts, the only way to guarantee that the reward of this “good life” will be preserved for you is to guard your tongue from speaking evil. Otherwise—according to the Chovos Ha’Levovos et al—a person can lose his mitzvos and lose his reward. He can, Heaven forbid, wind up with aveiros that he did not do and with mitzvos that were lost!

This is the “chiddush” that Rav Yannai now learned.

Rav Bernstein writes that the Chofetz Chaim brings this idea in the Sefer Shmiras Ha’Lashon Chapter 3. He writes that there is a footnote by the Chofetz Chaim (which I could not find; I assume he had a different edition). Many people at the end of Shemoneh Esrei recite a Biblical pasuk that begins with the first letter of their name and ends with the last letter of their name. Many Siddurim have a list of suggested pesukim for many different names. The Shaloh ha’Kadosh writes that the reason we say such a pasuk is that on the Day of Judgement everyone will be asked his or her name. If someone forgets his name (as a result of the trauma of the death experience), at least he will remember the pasuk which he has recited so many thousands of times in his life.

This is a curious Shaloh. Am I going to forget my name? I forget many things these days, but I still remember my name. So, what does this mean?

Rav Bernstein explains: When someone goes to Heaven and suddenly, he is credited with a whole range of mitzvos that he well knows he never performed in his lifetime, he will recognize that this is Chaim ben Yosef’s mitzvos and these are Shmuel ben Shalom’s mitzvos and these are Dovid ben Tzvi’s mitzvos. He will have credited to his account hundreds—maybe thousands—of mitzvos from different people. They will call him Dovid ben Tzvi; they will call him Shmuel ben Shalom; they will call him Chaim ben Yosef. He will become so confused! “Who am I really?” The Shaloh therefore says that if he has a pasuk containing the first and last letter of his name firmly engraved in his self-conscious, that is how he will remember his real name.

My point with all this is to impress on the audience—and on myself—the severity of the transgression of speaking Lashon Ha’Rah . If this Chovos Ha’Levovos and Maggid Meisharim and Marpeh Lashon do not put the fear of G-d into you, nothing will. The specter of going up to the World of Truth and suddenly discovering that you have lost your hard-earned reward for doing mitzvos is frightening.

The problem is, in my humble opinion, that this idea is too frightening. How can it be that a person works to accumulate Torah and mitzvos his whole life, and then they not be there for him in the World of Truth? It is too frightening.

Rav Dessler has a long essay (which I do not have time to go into now) explaining that this is not really what the Chovos Ha’Levovos means. He certainly does not take it at face value.

I would like to point out that we also see an inference (diyuk) in the sefer Marpeh Lashon from Rav Raphael Hamburger that might also limit this concept. He formulates this concept by adding two very important words. He says “we see that one who is immersed, Heaven forbid, in this evil practice…” This means we are talking about a person for whom this is his nature. He is what is called in halacha a Ba’al Lashon Ha’Rah (literally, a “master of slander”).

In my humble opinion, this Chovos Ha’Levovos, et al, only applies to a person who is a Ba’al Lashon Ha’Rah—a person who is constantly speaking slander. I am not here to minimize the prohibition. However, if a person stumbles (as we all do from time to time in this most difficult area of observance), I do not know if the Chovovos Ha’Levovos really means to in fact say, “Well, you have lost all your mitzvos and you get all of his aveiros.”

They certainly meant this teaching to be a motivator for improvement in this area, but I believe it is too scary to accept it totally on its face value. In my humble opinion, the words of Rav Raphael Hamburger, who brings this fundamental idea should be analyzed carefully for their nuance: It applies only to one who is “mutbah” (immersed), Chas V’Shalom in this evil character trait—a person who is constantly speaking bad about others with delight and enthusiasm, without having the slightest pangs of guilt or remorse. It is – I feel – only this “Master of Slander” (Ba’al Lashon Ha’Rah ) about which this very dramatic theology of transfer of mitzvos and aveiros might apply.

Still, the take home message from all this is: “Don’t speak Lashon Ha’Rah .”