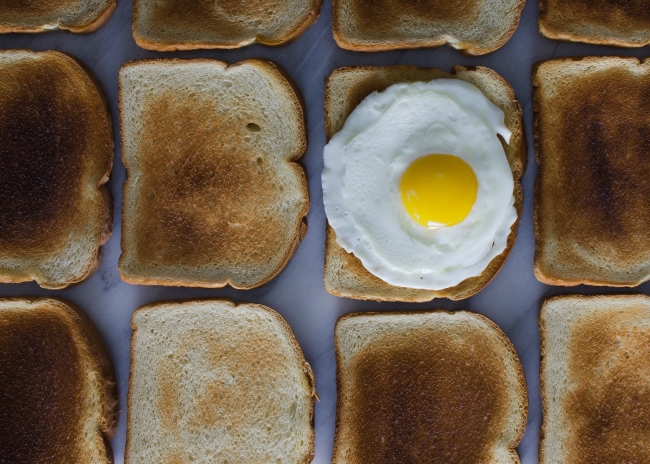 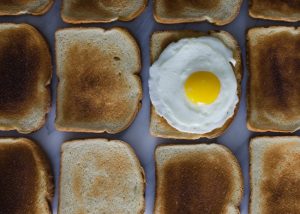 A quick thought for the week. At the end of this week’s Torah portion, the Torah recounts the story of the individual who committed the crime of blasphemy and uttered a vicious curse against the Creator of the world. The Torah introduces us to the events surrounding this saga with the cryptic words, “The son of an Israelite woman went out” which prompts an obvious question: From where did he go out? The Midrash offers a few answers . One interpretation explains the Midrash is that he “went out” (he veered off the path) from a misunderstanding in the previous section that the Torah was just discussing.

In that section (Chap 24 Verse 5), the Torah enlightens us about the miracle of the 12 fresh loaves of bread, the ‘Lechem Haponim’, that were placed each Friday on the shulchan, a specially crafted golden table that was located in the sanctum of the Temple. These loaves of bread were not moved until the week’s end, when they were distributed to the kohanim. The blasphemer looked at this week-old bread and became annoyed at the fact that the Kohanim were offering Hashem what was apparently old, stale bread. How does one treat the King of Kings like this? He was so outraged at the slight to the glory of G-d that he took his anger out on G-d Himself. He went out and blasphemed the name of G-d.

This is rather difficult to understand. The fellow was bothered by a perceived injustice and was standing up for the honor of G-d. How then could he have stooped to commit an even worse affront to G-d?

The commentaries explain that in truth,the lechem haponim bread actually miraculously stayed warm and fresh the entire week. They didn’t decay as normal food would. In the Temple, the rules of nature were suspended; the bread was as fresh and steaming hot seven days later as the moment it came out of the oven.

However, this disgruntled individual didn’t want to find out the true state of affairs. He was under a misconception that provoked him to anger and he took the first opportunity to vent it. Rather than step back and appraise the situation calmly, he was looking for the closest target to dump on. He needed an excuse to express his gripes about the religious system and as soon as he found an opening, he seized it.

The problem is, venting one’s anger doesn’t diminish the negative energy but rather fuels it. Just like alcohol prompts the urge for more alcohol, so too, anger has an addictive quality. It tends to take on a life of its own, triggering even more anger and indignation. For after all,one always needs to further rationalize the initial burst of anger? Of course,brooding on the reasons and justification for it only stokes the flames further.

Thus, after getting angry about the loaves of bread, it wasn’t long before the person in our Parsha blasphemed G-d himself.

The word Panim,say the the commentaries actually means ‘pnim’ …the inside. Just like our faces provide a reflection of our inner emotions so indeed, the way we see and evaluate others also is invariably painted and colored by our innermost values and characteristics. What we see with our panim is dictated by our pnim! This coldhearted individual saw cold stale bread only because he was impervious to seeing the constant daily Divine flow of blessings in his life that would have been readily apparent had he only been more receptive.

In our own lives, when we look honestly at why we get angry, we will often discover that the reasons are not very solid. Others are not cooperating with us or doing as we wish them to. That fuels a sense of frustration and disappointment. Doesn’t this person know they are making us impatient and angry? How can they continue not doing what we want? It’s because they don’t respect or care for us enough. They don’t realize they should be catering to us!

When we shout at a co-worker or family member for a slight infraction, the real culprit is not the unfortunate target of our anger -but our own ego that has been offended.

Let us make every effort to control the angry impulses that wear the mantle of righteous indignation but which in the end, poison the atmosphere, destroy relationships-and hurt ourselves most of all.