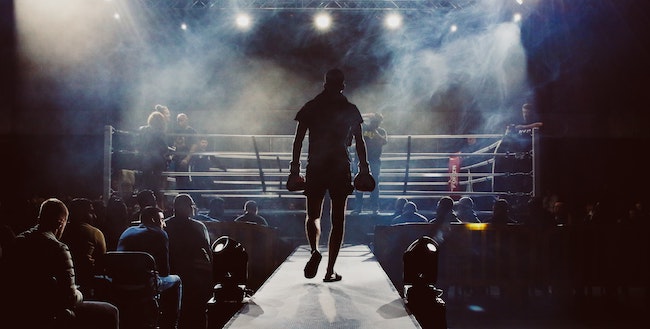 Fight to Love, or Love to Fight? 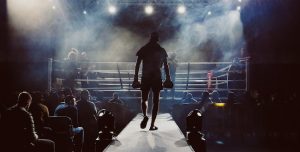 Our daughter was just 2 years old when there was a fire in the apartment above ours. We all waited nervously on the hill outside the building, as everyone in the neighborhood gathered around to see the smoke rising from the roof, and to offer help to the families that were displaced. Everyone had left the building in time, but we were obviously still concerned about our apartments and belongings. My daughter though, did not know what was at stake, and all she knew was there was a lot of excitement. Three fire companies were called to the scene, and as engine, after engine pulled up, she blurted out with glee, “Look! Another bus, another bus!”

Let’s be honest. As much as we talk about a utopian world of peace and loving kindness, most of us take a sinister pleasure in witnessing, or participating in a good fight. Arguments, and competition are the stuff that adds color to our lives. There is plenty of good news to cover, but most of it won’t be reported, because the periodical readership craves controversy. An innocent child needs to be taught about the dangers of fire, and, sadly, we have not learned the serious consequences of discord.

This week’s Torah portion mentions the passing of Aaron the High Priest. It’s interesting that no other personality but Aaron has the exact date of their passing stated explicitly in the Torah: “In the fifth month, on the first of the month (Numbers 33:38).” That’s the 1st of the Month of Av on our current Jewish Calendar, also this Friday night. Also interesting is that this same date is the beginning of the 9 Days of Mourning, leading up to Tisha B’av – The Ninth of Av, the day of the tragic destruction of both the First and the Second Temples. What do we make of this concurrence?

The day of a person’s death is traditionally a day to remember and glean lessons from the ideals lived by the deceased. The great Sage Hillel said, “Be of the disciples of Aaron, loving peace and pursuing peace.” It is written that Aaron’s funeral procession was joined by 80,000 boys, all named Aaron. These boys were born of marriages saved by Aaron’s efforts to bring peace between husband and wife. (See Avos 1:12, and Avos D’Rabi Nosson 12:4)

Aaron taught the world to pursue peace, to be excited about peace, and to gleefully appreciate peace. To Aharon, there was nothing more newsworthy than people living in harmony together, arguments ending in compromise, and people learning from their differences.

The destruction of the Holy Temple, the Sages of the Talmud say, was a consequence of meaningless hatred between people. The simultaneous memorial for the House of G-d, and Aharon the High Priest can serve as a special opportunity to learn to appreciate our differences, and savor the experience of harmony between people. May our efforts to work and live together in peace merit the rebuilding of the G-d’s House, the Holy Temple, in Jerusalem, speedily in our time. (Based on Sefer Tiferes Shimshon, Rabbi Shimshon Pincus zt”l)