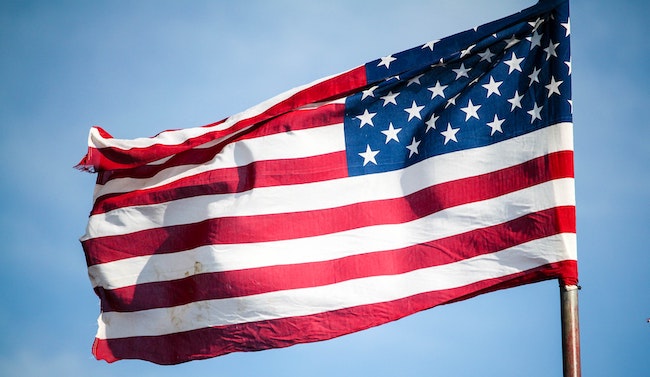 One Nation Under G-d 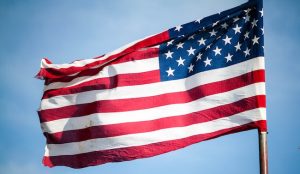 This week’s Torah portion begins with Hashem’s command to “Oppress the Midianites and smite them”. We are instructed to exact justice for the way they cunningly enticed the Jewish people to worship their idol, Peor, and seduced the Israelite nation into promiscuity.

The Midianites’ scheme to defeat the Jewish people by dispatching their daughters to lure Jewish men into sinning succeeded in ensnaring thousands. Those Jews who succumbed were punished by a deadly plague. There is obvious justice in Hashem’s command to the Jewish nation to retaliate against the Midianites for their evil-minded plot. But the commentaries teach that the hostility toward Midian did not end with the desert battle. The Jewish people were commanded to harbor enmity toward the Midianties for all future generations. Why? Why punish the offspring with lasting rejection?

Perhaps a closer look at the heartbreaking events that took place in Brooklyn 3 years ago this week, can provide insight into the roots of this command. The savage, degenerate attack on a defenseless Jewish child by another Jew must be probed for its searing commentary on features of our own community and lifestyle.

The incident appalled and horrified us. Our shared grief brought a renewed awareness of the depth of our solidarity with one another. We witnessed how all segments of the community rallied as soon as Leiby’s disappearance became public. It galvanized all segments of the community, as Jews (and local neighbors) of all stripes and backgrounds frantically searched for him. Now that the details of his brutal murder have surfaced, the public’s attention has turned to ensuring that the perpetrator is brought to justice.

Much of the focus has also been channeled towards preventing the recurrence of violent and tragic events of this nature; toward educating the public about safety guidelines to protect our children and communities from perverts and predators.

As observant Jews we understand that everything that transpires in life carries a deeper personal message to us, and it is important that we try to ascertain what positive aspects of growth we can harness from this dreadful episode. How can we decipher the hidden message that lies beneath such a repulsive crime?

Our forebearers have taught us that we must examine our past to chart a pathway to our future, and thus our first frame of reference needs to be the Tanach itself. One finds a parallel to the depraved violence committed last week by one Jew against another in the story of Pilegesh B’giva, Shoftim chapter 19. A brief outline of the events surrounding this shocking narrative is in order.

The scriptures tell us how an unidentified Levite, who married a woman from Bais Lechem Yehuda, experienced marital strife with his concubine. She had abruptly left him to return to her father’s home. With the aim of restoring family harmony, he went to his father in law’s home to induce her to return. Upon their journey home, they traveled through the tribe of Benjamin’s territory and sought overnight accommodations in the town of Givah. As they waited in the town square, they realized that no one was willing to provide them with lodging. They soon realized that the people of Givah were inhospitable and were callously ignoring them.

An elderly man saw their plight and with genuine warmth, welcomed them to his home, offering them a lavish feast and overnight accommodations. Before long, a mob descended on his home and what followed was eerily similar to the tragic events related in Parshas Vayeira when the malachim visited Lot in Sodom. The mob demanded that the guests be delivered into their hands so that they could get to know them and ‘sodomize’ them. The host, seeing how events were spiraling out of control, beseeched the rabble not to molest his guests. Finally, in order to save their lives, they delivered the guest’s concubine to the wild crowd, who indulged their savage lust by violating her throughout the night.

In the morning, the woman lay dead at the door of her host. Her husband lifted her dead body onto his mule and took her home. Rather than bury her, he cut her up into twelve parts and sent her limbs to the twelve tribes to alert them to the catastrophe that had taken place. The commentaries explain he wanted to shock people into an awareness of the cancerous malaise that had eaten into the fabric of the nation.

Although the Jewish people are comprised of twelve individual tribes, we are all one body beating with one heart and throbbing with one soul. Abhorrent behavior exhibited by one tribe highlights the spiritual stagnation and apathy that can disconnect the nation as a whole from their life source, Hashem.

The entire Jewish population, shaken to the core, rallied to this startling message. The verses go on to describe the tribe of Benjamin’s refusal to punish the perpetrators appropriately. To protest their passive tolerance of the unspeakable crimes committed, the tribes waged a civil war against the tribe of Benjamin, almost completely decimating it. Only six hundred young men from Benjamin managed to miraculously flee the carnage of battle. With the aid of the entire Jewish people, the survivors rebuilt their tribe. They were assisted in their quest to remarry and rebuild their decimated population.

The newly formed and purified tribe of Benjamin was replanted and its rise to prominence was once again assured.

The harrowing story of Pilegesh BeGivah is difficult to read and comprehend. The episode happened shortly after the death of Joshua among a people that had just settled into their portion of the Holy land. How could the people of Givah have been so depraved and carnal? The verses give us a definitive answer. These people had absorbed the Sodomite philosophy of neighboring cultures that encouraged uninhibited gratification of one’s lusts without regard to others’ feelings and rights. Everything was rationalized in the name of “if I want it, I deserve it; it’s my right and nothing else matters.”

This mindset had infiltrated the town of Givah, whose inhabitants should have been duly punished for their crimes, and the behavior they exhibited totally uprooted. But this did not happen. The horrific crimes committed against a helpless woman failed to trigger in the tribe of Binyamin a level of public outrage that would testify to the moral fiber of the general population. In place of revulsion and fury, there was apathy, indifference. The failure to respond appropriately signaled that a malignant philosophy had taken root, one that threatened the entire Jewish people.

That moral rot had to be painfully expunged before its toxic effects could infect the nation.

Our generation too, faces a tsunami of Sodomite culture and philosophy. The child killer surely watched and absorbed the ubiquitous images flaunting violence and immorality that abound in the media and in movies. During questioning he freely admitted what prompted him to cruelly asphyxiate the victim. ‘I saw posters with my video image on them and I panicked”! He abandoned all rational thinking to protect his own skin and to secure his petty self interest. Boundaries of decency and personal dignity have been crushed in the headlong rush to license the expression of every carnal instinct. Narcissism and excessive self indulgence are chalked up to freedom of choice and individual lifestyle. The pursuit of my happiness has become the end goal itself.

Deep down, we cannot escape the reality that any individual’s act carries repercussions that affects us all. We are one people spiritually and organically bonded with one collective soul. When a noxious toxin infects one part of our body, it can soon threaten and poison the spiritual health of our nation as a whole. This was the message that the Levite in the Pilegesh B’givah narrative imparted by dismembering his wife and dispatching her body parts to all the tribes.

It is a message that perhaps we would do well to ponder.

We are all aware of the dangerous predators and pedophiles that lurk in the shadows of our communities, waiting to prey upon innocent children. We take appropriate measures to protect ourselves, our families and our communities from their perilous reach. But we must also safeguard ourselves from an equally insidious danger posed by the Sodomite culture of our times: the steady bombardment in every media outlet of provocative images that excite our basest instincts.

The prevailing culture of permissiveness has sanctioned ‘alternative lifestyles’ to the point of embracing decadent behavior. We are fast losing our sense of revulsion towards moral degeneracy. We no longer have an acute sense of its corrosive effect on the kedusha and purity of the Jewish people.

In a spectacular display of achdus and unity, we shared the collective grief of Leiby’s abduction and brutal killing. We acted similar to the people in Biblical times who rallied as one man to the Benjamite border to determine what had happened. Now we too, like our forebearers, must ensure that such a display of animal savagery will never recur in our community. We too must now seek to implement the necessary steps to ensure that last week’s atrocity will never be repeated.

But while focusing on the practical side of such a campaign, we must also protect ourselves and our families from the invisible but toxic effects of the degenerate culture surrounding us that surely contributed to it’shappening.’Tzror es hamidyanim vehikisem osem”-retaliate and smite the Midianites, says the Torah, not for who they are but for what they represent!

As a consequence of our taking the necessary precautions to shield the purity of our minds and bodies, we too will surely be united as one nation under one G-d.