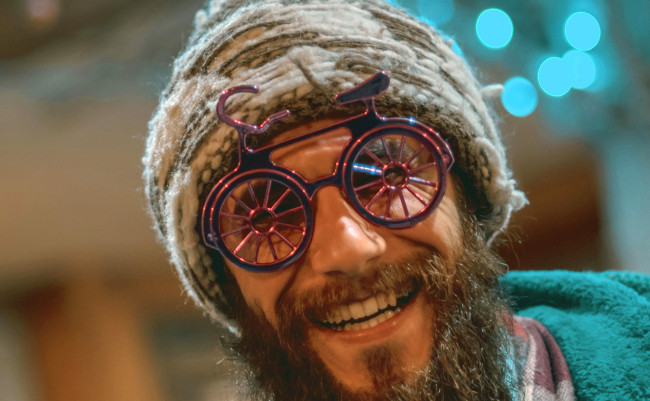 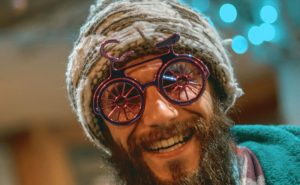 This past Sunday we concluded a spectacular weekend retreat at Beit Shvidler, where participants were treated to a potpourri of exciting workshops, and lecturers stimulated their audiences with the very best that Ohr Somayach has to offer.

In addition to our regular presenters, we asked education specialist Mrs. Rivka Sher to address the challenges facing parents when tots and teens test boundaries and their parent’s patience to the limit. How is one to respond to tantrums and manipulation? To what degree should we accommodate our children’s requests for gadgets and fancy clothing that they claim are standard for their peers? Most importantly, the weekend generated a spirit of chizuk and achdus, leaving all refreshed and energized.

Across the parking lot in the Yeshiva, a large contingent of Syrian college students had joined together for a weekend of Torah learning, led by our special alumnus, Rabbi and Mrs. Uri Nahum. Uri is the dynamic rabbi of Mishkan Yerusahlyim, a blossoming kehilla and community in the heart of Flatbush. The group benefited from their first exposure to a traditional Yeshiva environment, and Rabbi Nahum looks forward to bringing his recruits back for a more advanced learning opportunity.

This week’s Torah portion begins with a glimpse of the closing years and months of Yaakov Avinu’s life. The Torah tells us little about this time frame, other than that Yaakov lived in Egypt for seventeen years, surrounded by his holy and pure children. He established a fortress of spirituality that would buttress his children against the onslaught of slavery and alien influences that would test their spiritual and moral fiber for the next two hundred years.

Yaakov’s life was a turbulent one. More than any other patriarch’s life, his was punctuated with extraordinary challenges and tribulations, beginning from the time he was forced to flee from his brother, Eisav, and arrived penniless in Lavan’s home. He struggled against Lavan’s unscrupulousness for twenty years; faced down a vengeful Eisav; coped with the daughter Dina’s abduction and for 22 years, mourned his lost son, Yosef.

Despite these harrowing challenges, Yaakov maintained his righteousness and faith. His final moments are described in this week’s Torah portion where, with his life’s mission completed, he gathered his feet to the bed and allowed his soul to ascend to the celestial spheres. The pasuk says, “He expired,” and our sages tell us that Yaakov never physically died; he simply took off his outer garment and allowing his neshama to ascend upwards. What sustained Yaakov throughout the periods of intense darkness and confusion? How did he maintain such a powerful, unsullied connection with the Divine while being so distant from his parental and spiritual moorings?

A personal story that is said to have happened to the wealthy philanthropist, Paul Reichmann, can give us perspective on this enigma. Mr. Reichmann is revered in the Torah world for his great humility and magnanimous nature. Without fanfare he distributed his largesse to thousands of worthy causes across the globe.

One Shabbos, he left his comfortable home to visit an ailing relative in one of Toronto’s Hospitals. Since the building had no Shabbos elevator, he ascended the fire staircase to get to the eighth floor where his relative was recovering from an operation. At the sixth floor, he felt wearied and exited the staircase to catch his breath. He came upon a recreation area of sorts in the ward adjacent to the staircase, where he found a chair and regained his energy.

After ten minutes, he stood up to ascend the final staircases but found the doors of the ward securely locked. Upon looking about more carefully, he noticed that the ward’s occupants were mumbling to themselves and behaving strangely. He went over to a nurse and asked for her assistance in exiting the ward. She looked at him quizzically. “You know the rules, sir, you can’t leave this ward!”

He protested that he had just accidentally entered to rest and identified himself as Mr. Paul Reichmann. The nurse looked at him and laughed. “Everyone on this ward thinks they are Mr. Paul Reichmann,” she said. With a nonchalant wave of her hand, she walked off. As Mr. Reichmann later told the story, it took him quite a while to extricate himself from the misunderstanding. Only after a grueling interview by the hospital director was he finally believed, and graciously escorted to the top floor!

Our souls descend from the heavenly throne to this world, encased in a physical body. During our time in this world, we are infected with a seemingly obsessive drive for materialism in an environment severed from the luxurious spiritual home from where we came, and to which we will ultimately return. We are trapped in a world that is spiritually dark and foreboding. The challenge is to view our situation the way Mr. Reichmann viewed his encounter in the psychiatric ward. He was certain of his true identity, understood that he was merely a passing visitor and, unlike the people around him, was in full possession of all his faculties. Thus he was able to transition back to his normal life without difficulty.

The name Yaakov is comprised of a yud, representing Hashem’s presence, with the word “eikev” – heel. Yaakov’s soul illuminated his whole body until his very heel-the point furthest from the neshama that comes into constant contact with material earth. The intimate connection between his soul and body was never compromised. Yaakov knew that G-dliness was the essence of his identity, and the lower extremities of his body served merely to cloak his neshama. Thus, he was able to maintain his lofty spiritual standing even in Egypt, and when his life’s purpose had been fulfilled, to pass on seamlessly to the next world.

In our own lives, we too need to maintain an elevated frame of mind even as we engage life’s most pressing difficulties and moments. During our temporary earthly sojourn, we need to keep in mind from where we have come, who we truly are, and where we belong.

Our existence in this often crazy, topsy-turvy world, is only transitory, after all. If we maintain our presence of mind and our spiritual bearings despite the hurdles thrown our way, we will surely have no difficulty in transitioning to our heavenly abode and to appreciating the spiritual bliss that awaits us.