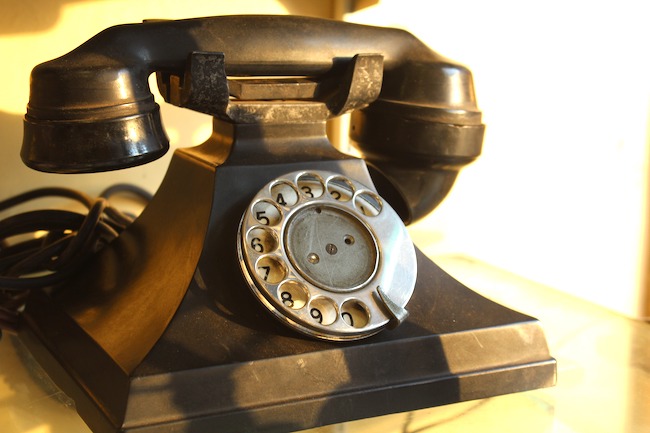 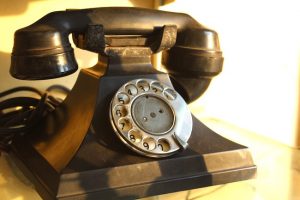 Many years ago, a group of rebellious Yeshiva high school boys decided to entertain themselves by making prank calls. They had little respect for authority, even for distinguished Rabbis, and their game was to call well-known Torah scholars, ask them bogus questions and report back the results.

It was near midnight when Zvi placed a call to Rabbi Moshe Feinstein zt”l (1895–1986), recognized as the leading Torah authority of his generation. Rabbi Feinstein would typically go to bed around 11 pm and wake up at 4 in the morning, in order to study Torah before his morning prayers at daybreak. As he had already gone to sleep, it was Rebbetzin Feinstein who answered the phone. Zvi explained that he knew it was late, but he had an urgent question for Rabbi Feinstein.

Awakened by his wife, Rabbi Feinstein picked up the phone to hear what the emergency was. Even seconds from his pillow, he quickly perceived that Zvi was attempting a practical joke.

“It’s a pleasure to meet you Zvi. Where do you go to Yeshiva? Don’t worry, you won’t get in trouble. I just want to get to know you.”

Zvi sensed Rabbi Feinstein’s sincerity and trust, and he told him the name of the school.

“Please tell me what you’re studying in school. What section of Talmud?”

Zvi, unsuccessful in Yeshiva, hardly paid attention in class, but with Rabbi Feinstein’s help, he was able to recall which page of the Talmud his class was studying.

“That’s a very interesting piece. Let me ask you a question that’s been bothering me on that page.”

Zvi could not understand the question, for he hadn’t really understood any of what his class was learning.

“Let’s study this piece together from the beginning, and then you’ll understand the question.”

For the next hour Rabbi Feinstein lovingly taught Zvi the page. Rabbi Feinstein patiently explained the section 3 or 4 times before Zvi could confidently say he understood. It was well after 1am when Rabbi Feinstein repeated his question and Zvi exclaimed, “That’s a great question!”

“I’m so happy you agree. Now, tomorrow when you learn this piece in class, I want you to ask your Rebbe this question.”

The next day in class, Zvi waited for the right moment, and raised his hand to ask Rabbi Feinstein’s question. His teacher was shocked to see Zvi ask a question at all, and was absolutely flabbergasted when he heard what a profound challenge it was.

“That’s a excellent question, Zvi! How did you come up with that question?”

“I heard it from Rabbi Feinstein!”

His Rebbe was speechless. He spent the next week researching an answer the question. He then shared his answer with Zvi. After school that day, Zvi came home and went directly to his room. He was so filled with emotion that he closed the door and broke down crying. One of his parents heard, came to his room and asked what had happened, what was the matter.

Today, Zvi is a Torah scholar and beloved teacher in his own right. He always tells people that he owes his success to the fact that Rabbi Moshe Feinstein believed in him.

In this week’s Torah portion, the Torah identifies Moses (Moshe) as “the humblest of all men.” Thousands of years later, a student of his lessons of humility, Rabbi Moshe Feinstein zt”l, rescued an alienated teenager when he put his own pride aside and believed in Zvi.