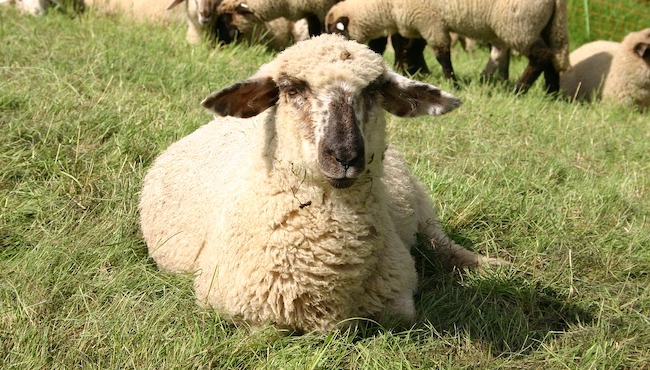 Korban Pesach: Blood of the Offering 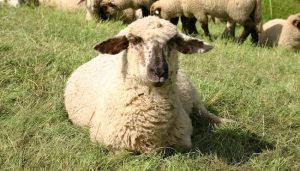 The Jewish people partook of the korbon pesach, paschal sacrifice on the eve of their Exodus. Upon entering the Holy Land, this would be offered up in the Temple in Jerusalem on the afternoon of 14th of Nissan and eaten after nightfall on first night of Passover. Today, we commemorate the korbon pesach by eating the afikomen after the meal on Seder night.

The korbon pesach was consumed in Egypt within the safety of their houses as G-d passed through the land inflicting the Tenth Plague, Death of the Firstborns onto their Egyptian oppressors. Seeing the blood of this offering placed around the doorpost and lentil, G-d passed over their houses saving the occupants from the destroyer (Exodus 12:22-23).

Evidently, the korban pesach marks the transformation from Golus, “exile” to Geulah, “redemption”. But what symbolism does blood play at this precise junction in Jewish history?

Exile is where the Jewish people are dispersed in all four directions. But exile is more than just a physical state – it is reflective of sin, of separation and of spiritual distance from G-d, where one is unfortunately distant from man’s One and Only Master.

Redemption is the physical ingathering of the chosen nation from all “four” corners of the world to return as “one” unit. And symbolically, this reflects the Jewish nation’s “coming home” – unifying and becoming one with G-d. Thus, the Jewish national hopes and aspirations in our current climate of exile anticipate the final “redemption” – when the diverse “four” of the physical world becomes subordinate to the “oneness” of the soul and of the spiritual world.

The transition from “Golus” to “Geulah” found in the korbon pesach reflects the passage from Da’am, “blood” to Adam, “man”.

Circulating through man’s veins, blood is the life force within a person (Deuteronomy 12:23). The letters of the word Da’am is Dalet and Mem whose respective numerical values are 4 and 40 symbolize the concepts of diversification into four directions. Accordingly, blood is the fluid whereby life spreads out into all directions of man’s body but which must remain within the body and not “spilled” outside. And if it must be spilled, it must be for G-d’s sake.

The Jewish epithet “Adam” (Aleph, Dalet, Mem) requires that their spiritual element, the “oneness of man’s G-dly soul” (the value of aleph is one) reigns over the diverging “Da’am” of his physical body. This was specifically accomplished in the korban pesach whose theme is that of “oneness”

Consider some of its laws: a one-year old animal eaten in one group within one house; consumed as a whole entity without breaking any bone, and roasted that kept the meat as one entity rather than cooked where the meat disintegrates. Performed by Israel just prior to the Exodus, the unity within korban pesach unequivocally attests to G-d’s Oneness (Maharal, Gevuos Hashem Ch.36 & Ch.60).

Here blood, by its very nature a product of “four”, of diversity, was used in this offering to become “one” with G-d. Indeed, the blood spilled in obedience to G-d’s command was painted upon the doorposts, itself the symbol of multiplicity where the person goes from the private domain of the individual (“one”) to the public domain (“four”); even this was directed in an effort to become one with G-d.

The objective to ensure our spirituality is always the driving force behind one’s physical actions calls for the mobilizing all man’s physical faculties in an undivided approach to divine service where his very life force as contained in his blood is subservient to the soul.

Jewish blood has been spilled over the millennia in their exiles.

But just as the redemption in the aftermath of the Korbon Pesach, they left Egypt as one unified nation, so too the future and final redemption from the “four” Empires (Babylon, Persia & Media, Greece and Rome), the epoch when the entire human civilisation will unanimously proclaim and accept G-d’s Oneness. “On that day, G-d will be One and His Name, One” (Zechariah 14:9). Then G-d “will gather us together from the four corners of the earth” (Isaiah 11:12) to the focal point, the Holy Land. Text Copyright © 2006 by Rabbi Osher Chaim Levene and Torah.org.