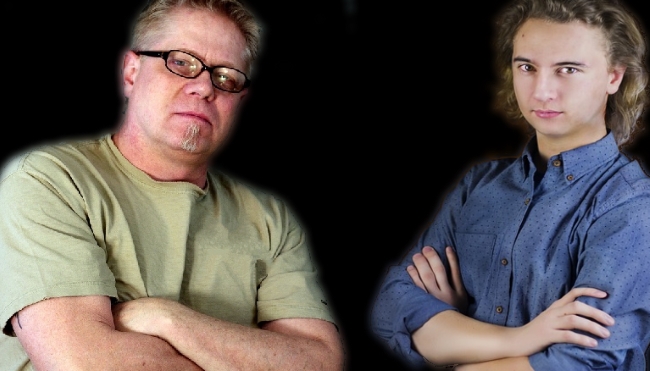 Dealing With the Ingrate 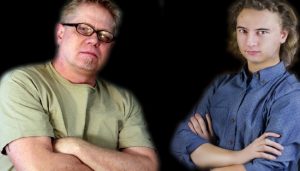 If your brother becomes impoverished and his means falter …you shall strengthen him – ger and toshav…so that he can live with you. Do not take from him interest and increase…Do not give him your money for interest, and do not give your food for increase…I am Hashem Who took you out of the land of Egypt to give you the land of Canaan…[2]

Looking at it superficially, everything is in good order. These pesukim tell us to respond to the need of the person who has fallen on hard times. We are specifically instructed to lend him money if necessary, and to do so without exacting any interest on the loan.

Reading them a second time, and we become uncomfortable. Too many details are unaccounted for. Now, the gemara deals with many of them, and finds them to be the source of many halachos. That, however, should not settle our minds completely. The laws that Chazal derive can only be part of the picture. The plain reading of the text must also hang together coherently. That plain-sense reading also needs to account for the anomalies and unusual phraseology we find in the pesukim.

We would like to be able to explain a number of items. Why does the Torah stress – and multiple times, at that – “when your brother becomes impoverished with you?” Why those last words? Why does it begin the section dealing with poverty[3] without that phrase? Taking interest is forbidden from all Jews. Why, then, mention the ger and toshav/ the stranger and the resident at all? Why does the Torah instruct us about ribis of food? That would be appropriate if the Torah were speaking about a merchant, charging for his goods. But the Torah has been talking about a poor person forced by destitution to generally borrow funds for all his expenses. Finally, why does the Torah urge us to remember the exodus from Egypt? Did our ancestor-slaves default on money owed to Egyptian bankers when they left?

Embedded in the general instruction concerning tzedakah and the poor, the Torah wished to teach a lesson in midos. It is an unfortunate fact that poor are often arrogant and ill-tempered. They do not respectfully ask, but demand. If they are not satisfied by what they have received, they angrily let the donor know it. They exude an aura of entitlement: “It is your obligation to sustain me, so let’s get on with it.” In the rare instance that someone pities the poor and takes one into his house, his troubles begin. The oni enters as a poor person, but becomes so demanding that he all but becomes the new master of the house.

As a consequence of these developments, free, generous giving has dried up in our communities.

When people do give, it is not with any joy or satisfaction. They are plagued by feelings that they have been taken advantage of.

All of this is addressed through subtleties of expression in our parshah. We are told to dismiss the actions of the poor and their harsh and ungrateful words to us. We are to give with a cheerful attitude, and display a pleasant disposition. We are to do so because we are responding to G-d’s Will, rather than the words or claims of the mendicant.

The Torah’s subtext traces the relationship between the poor and his benefactor, speaking to the latter. When you take notice of the poor and you reach out to support him, he may initially present himself – as he should – with a certain reticence and reserve. He will come as a ger, an outsider, among you. Even, however, should his attitude change and he now presents himself as a toshav – an equally positioned citizen, you should not reach punitively. Even should he act as if he were a full member of your household – if he comes as a brother among you – do not try to undo your past support by now pressing him for some compensation for the food you fed him, or the money you gave him. What you gave was unconditional tzedakah, and you are not to retroactively restructure your donation into something else. Even should that poor person turn rich in fact – not only in his attitude – do not try to rewrite the past. In fact, should he once again need assistance, be sure to provide it. Furthermore, resist the tendency to push back against his lack of civility when he assumes the role of superior. When you give him food or money, do not take ribis or neshech. These words are not used to ban halachic interest, which we have been told about elsewhere. Rather, the benefactor is instructed to avoid using argumentative and biting words when he provides assistance. He might find it difficult to part with what he toiled for and give it to someone who appears to be less than deserving, but Hashem asks him to do this nonetheless.

How can a person overcome this understandable reaction? By remembering that Hashem took us out of Mitzrayim. Moreover, He did not stop at simply alleviating our poverty – which we might tell ourselves is help we could have expected from Him. He went far beyond that, culminating in giving as our precious Land. Now, it is a truism that people are never satisfied with their material possessions. There is always room – and fierce desire – for more. To some extent, we remain “poor” in never conquering our hunger for what we do not have. Hashem, however, ingeniously dealt with the “problem” of our poverty. He gave us the one thing that can cure the craving for more. He gave us the Land of Israel, with its unique natural resource: the Presence of G-d. Connection to Him is the one commodity that makes all other acquisitions boring, unnecessary and unwanted.

One who lives in Israel, say Chazal, is one who “has a G-d.” One who lives outside of Israel, they say, does not. This means that in Israel, G-d stands to be “acquired.” He can become a person’s most treasured and cherished acquisition. People who have Him, need and want nothing else.

This quality of living in Israel is, ironically, without borders. Those who live lives of histapkus, of making do with little, taking satisfaction in what they have and intense pleasure in their relationship with Hashem, are perforce living an Israel-like existence.