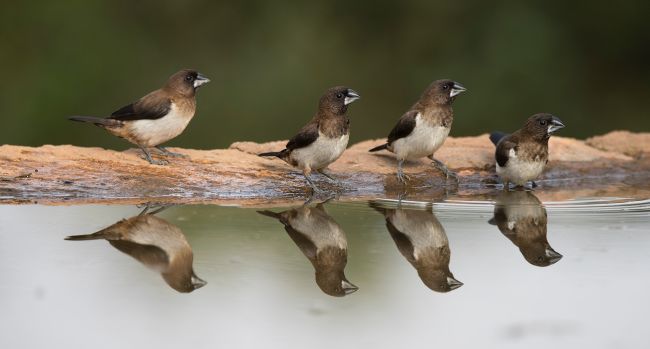 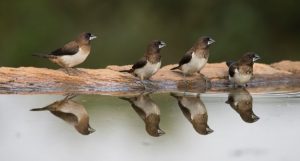 The Four Sons of the haggadah have long intrigued the best of our commentators, not only the children sitting around the Pesach seder. Those sons, of course, derive from four different places that the Torah tells us that our children, one day, will question our Torah observance. In each of those places, the Torah provides a different answer. Chazal taught us to approach these sections as the questions of four different sons. Each is provided with a different answer, appropriate to him.

That is the overview – but the details are harder to understand. Prominent among the differences in how we respond to these sons is the length of each response. Here we are met with difficulty. The first of the sons to whom we are introduced is the evil son. He gets no direct response at all! He mocks the entire avodah of the evening. “What sort of avodah is this? Don’t you realize that you just invented it for your own purposes – lachem? You’ve invented an excuse to get together to enjoy some roast meat! The answer[2] is not addressed to him. It is introduced by “You shall say,” not “You shall say to him.” The answer is to ourselves. We reinforce our purpose by recalling to ourselves that Hashem skipped over our houses on the night of the plague of the first-born, thus saving us. We do not address these words to him. Engaging him in argument is likely to increase his scoffing. But should we not address his challenge (as we actually do in the haggadah!), lest he think that he has bested us and won the argument?

Next is the son who does not know how to ask. The answer we give him[3] – “It is because of this that Hashem acted on my behalf when I left Egypt” – seems hopelessly inadequate. Because he understands so little, we should have to explain that much more. It would make more sense to start at the beginning and explore the rich background of the Pesach story.

He is followed by the simple son. Quite appropriately, we speak of our avodah (in his case, specifically the mitzvah of redeeming the first-born) as a way of acknowledging what Hashem did for us in taking us out of Egypt. But it is the opposite of the position we take with the son who does not know how to ask. To the latter, rather than explain the avodah as a reaction to our having been save, we state that it was the reason for our deliverance! “It is because of this that Hashem acted,” i.e., He saved us in the merit of that avodah!

We are introduced last to the wise son.[4] He knows the most, and yet we offer him a response that is the richest in detail! Moreover, we add an element that seems unnecessary. “It will be reckoned as righteousness for us if we are careful to perform this entire commandment before Hashem.”[5] Does he really need the extra encouragement?

It seems to me that the thread that runs through the Torah’s presentation of the four sons is love for another, about which we can distinguish four different attitudes or levels.

The highest, or purest, form of love knows no preconditions. It flows from genuine appreciation of the worth of the other. One who loves in this way does not expect and does not need reciprocity. He finds intense satisfaction simply in being able to serve the one he so cherishes and admires.

His polar opposite is the one who loves no one, not even those who have benefited him. He hopes to take as much as possible from others, but feels no need to reciprocate.

Between these extremes we can posit two intermediate positions. One is occupied by a person who shows love selectively. He has no use for most people, but shows love to people who benefited him, to whom he feels a need to reciprocate in kind. Finally, another kind of person acts on a different intermediate position. He, too, has no use for most people, but uses his love as bait to win favors from others. He will show concern and kindness to people if that can buy him future benefit from them.

People behave the same way towards G-d. The four positions are the four sons. We respond to each according to their capacity to change their ways, and improve their relationship with Hashem.

The rasha has no interest in Hashem. He has no genuine regard for Him, and so does not long for His closeness. Moreover, he feels no obligation to reciprocate the kindness that G-d has shown him, nor does he wish to moderate his behavior in order to receive more from Him. None of the reasons that influence people to draw closer to Him apply to him. There is no argument that can appeal to him in his current state of mind. The Torah therefore does not offer one.

The son who “does not know how to ask” is the one who can be moved by the expectation of some future benefit. What he does not know is to directly and explicitly ask for that benefit. In his heart, however, that is all he cares about. In fact, he would be better off if he were honest with himself, and realized that his religiosity was shaped by the expectation of reward – if he could understand that much about himself that he would articulate his requests. He would then improve his behavior in order to win reward from Hashem. Although this service of Hashem would not be lishmah, the Torah would encourage this service, hoping that the shelo lishmah would morph into the lishmah with the passage of time. We tell him exactly what he needs to hear: keeping the Torah is a sensible investment. It pays off richly. “It is because of this that Hashem acted on my behalf when I left Egypt” We served Hashem at the time of the Exodus, and we were rewarded for it. It will work for you, too.

The simple son will serve Hashem in gratitude for favors bestowed – at least when he thinks about them. It is far from the optimum way of serving G-d, but it, too, has the capacity of changing into something deeper and more significant. We tell him that his attitude is not what Hashem really wants from us. Nonetheless, even his attitude should generate better behavior. He is ready in principle to reciprocate the beneficence that He has shown him. We therefore call his attention to the huge, unpaid debt of gratitude that we share for all He has done for us. We speak of what Hashem did for us when He took as out of Egypt. Reflecting on that should move him to improve his avodah.

The wise son requires no prodding. He is eager to serve Hashem for the right reasons. He loves Hashem, and is happy to serve him even it he were not to be rewarded. As one who loves Hashem, he loves all His creatures as well. He stands ready to give generously to all who can benefit. He does not look for any quid pro quo. He therefore helps all – rich or poor, powerful or weak. The Torah spends time on the story of the Exodus, because it increases his ahavas Hashem to hear it! We mention all kinds of mitzvos – including chukim, because he gladly observes the mitzvos, even without any explanation. And we mention that “it will be reckoned as righteousness for us if we are careful to perform this entire commandment.” This means that we – those who relate to the Torah as the chacham does – treat the Torah and the mitzvos He has given us as tzedakah to us! We require no other reward, beyond the joy of being able to do His bidding.