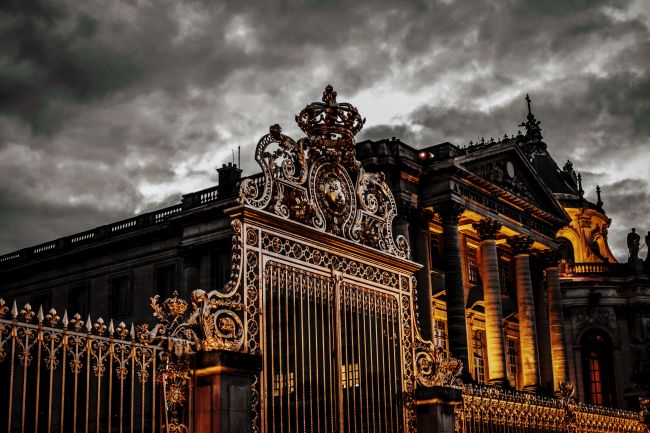 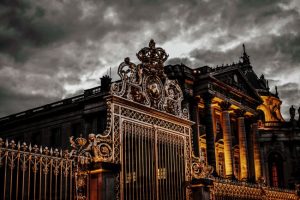 It was on the day that Moshe finished erecting the mishkan…the leaders of Israel, the heads of their fathers’ households brought offerings. They were the leaders / nesi’im of the tribes. They were those who stand at their countings. They brought close their offering before Hashem: six covered wagons and twelve oxen…and they brought them before the mishkan. Hashem said to Moshe, saying, “Take from them…So Moshe took the wagons…Then the leaders brought close offerings for the dedication of the altar… on the day it was anointed…. The leaders brought their offering before the altar…one leader each day.[2]

It all follows so logically. The last donations are in. The work is done. Twelve leaders come forward, one day at a time, to inaugurate the mishkan. Looking more carefully, we might discover that there is a layer of disappointment in the midst of the triumph.

The hints are in the many loose ends. We are not unfamiliar with the designation nasi / leader. Why, then, do we need so many job descriptions: leaders of tribes; heads of households; those who stood at the countings? When we are first told that they “brought offerings,” we are not told at all what it is that they brought. We only find that out a few pesukim later. Why is their first donation apparently divided into two components: they first “brought close” their gifts, and then later “brought” them? Why would Moshe have to be specifically instructed to “take from them,” i.e. to accept their donation? What reason would he have not to accept them? “On the day it was anointed” – is there any reason that we would not be able to discern the timing simply from the development of the story so far? Does “before the mishkan” mean the same thing as “before the altar?” If it does, why change the expression from the earlier form? If it doesn’t, then the two phrases contradict each other! If the leaders all brought their offerings “on the day it was anointed,” how does that square with what follows – that they brought them, one at a time, over a period of twelve days? While Nachshon ben Aminadav had no problem, did the others all leave their dedication items in the middle of the azarah until such time that their day came up on the calendar? Or did they take them back to their tents, awaiting the signal to come forward?

In responding to all these questions, we begin with an assumption about identities: the nesi’im here are the same as were mentioned earlier, in parshas Bamidbar. They were all humble and unassuming. They found it honorable to be called heads of their fathers’ households. For this reason, Hashem chose them to become the chief executives of much larger groups. Those who lower themselves are raised up by G-d!

They continued their humble ways, choosing to avoid the public accolades and attention by coming forward with their gifts only at the end, after the rest of the nation had brought their donations. The Torah places them on a pedestal by insisting on giving them honor, by calling them heads of tribes, and the ones who presided over the counting. (That last phrase means that they were known to each and every individual, all of whom would have expressed their satisfaction at the appointment of these heads of families as the nesi’im of the entire tribes.) They may have been small in their own eyes, but the Torah saw them as great and important.

In their humility, they “brought” their offerings, rather than brought them close. There is a two-fold difference between the phrases. Firstly, they humbly brought the offerings personally, rather than sent them through some underling or appointee. Secondly, bringing close / hakravah implies the final use of the gift for its intended purpose. They deliberately did not do this. Avoiding the limelight and all self-presumption, they were reluctant to draw too close to the seat of the Shechinah. It was enough to “bring” their offerings, and leave them with the Kohanim. Additionally, they wanted to avoid a longer association in the public eye with the beauty of their individual gifts. They wished to get the donation done with quickly, and escape public attention. They were, after all, only minor figures in their own eyes – heads of family groups, and nothing more.

Hashem paid special attention to these small displays of their humility, and honored them. He instructed that Moshe himself accept the gifts, not the rest of the Kohanim!

Alas, positions of power prove to be morally corrosive even to great people. It was not long before their prominence dulled some of the earlier luster of these nesi’im, and an element of pride entered upon the scene. This expressed itself in several ways. First – they were not prepared to step forward last, or to wait at all. They immediately stepped into the spotlight: “The leaders brought close offerings for the dedication of the altar.” Additionally, this time they “brought close” / vayakrivu, and not simply “brought.” They did not come themselves with their offerings in hand, but sent them through designated agents or servants. From this point on, they are consistently called nesi’im. Unlike their avoidance of the honor of the masses, they had grown into the position. They accentuated their prominence, rather than downplayed it. They wanted it known that they, the nesi”im, were making an important contribution to the inauguration of the mishkan. For this reason, they bring their offerings not just to the mishkan, but to the very altar itself, ensuring that they would stay visible.

Hashem responded by instructing that their offering would not be received at the time they chose. Their offerings would be spaced, spread out over twelve days. Almost all were left conspicuously waiting, indicating a bit of Divine disapproval.

Hashem misses nothing. He saw the self-effacement of the nesi’im, and the small touches in their gifts that grew out of their anavah. He rewarded their humility with greatness. He also noted the erosion of that madregah – and reacted to it, as well.